Trending
You are at:Home»Vegetables»Eggplant – Solanum melongena 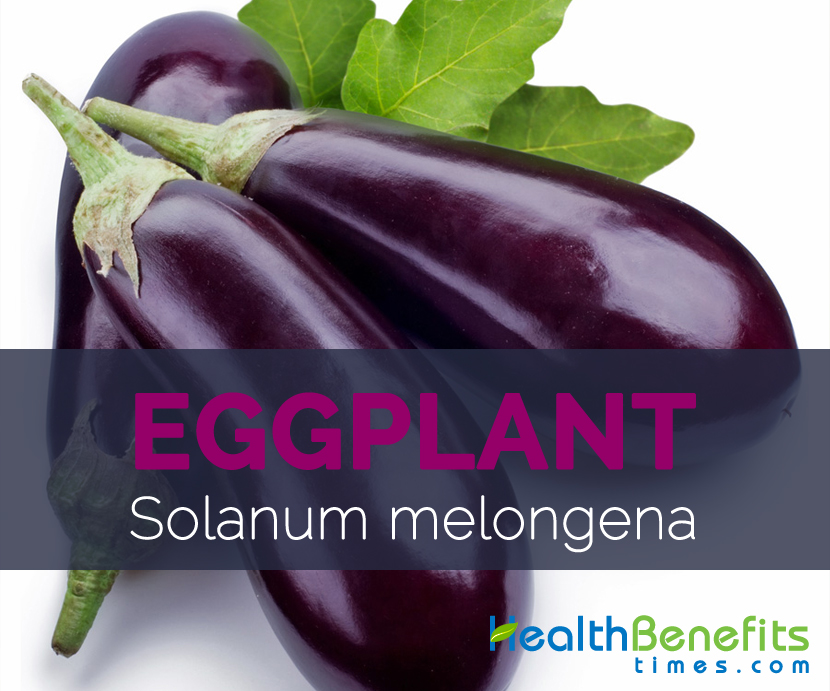 Eggplant or Brinjal (Solanum melongena) is an important solanaceous crop of sub-tropics and tropics. It belongs to nightshade family which also comprises potatoes, peppers, tomatoes and sweet peppers. The term brinjal is general in Indian subcontinents and is derived from Arabic and Sanskrit while the name eggplant has been derived from the shape of the fruit of certain varieties, which are white and resemble in shape to chicken eggs. It is said to have originated from India and China but is now popular vegetable in Southern Europe also, particularly in the Balkans, France and Italy. It is also called aubergine in North America and Europe. Some popular common names of Eggplant include Brinjal, Mad Apple, Jews’s Apple, melongene, garden egg, Aubergine and guinea squash. It is a very significant common man’s vegetable in India. It is also called a poor man’s vegetable simply because it is popular amongst small-scale farmers as well as low income consumers. Since it is known as poor man’s crop, but brinjal is also called by some as the ‘King of Vegetables’. Chinese Eggplant, White Eggplant, Thai Eggplant, Indian Eggplant & Indian Paint Eggplant, Chinese Round Mauve Eggplant, Sicilian Eggplant,  Japanese Eggplant, Pingtung Long Eggplant, Pea Eggplant, Italian Eggplant, African Garden Eggs, Black Beauty Eggplant, Arka Kusmukar, Pusa Purple Long, Pusa Ankur,  Manjri Gota, Pusa Purple ClusterPusa Barsati, Vaishali, Arka Navneet, Arka Sheel and Pusa Kranti are some well-known varieties of Eggplant.

Eggplant is an annual herb to short-lived perennial sub-shrub sized 40 to 150 cm (16 to 59 in) tall which is normally seen growing in tropical and cool temperate climate and grow well in full sun and ample water. It prefers rich, fertile, well-drained soil, and hates waterlogged and intensely acidic soils. Roots are usually long taproot with non-woody, spiny stem which is pubescent with stellate hairs. Leaves are simple, alternate, large; coarsely lobed that is 10 to 20 cm (3.9 to 7.9 in) long and 5 to 10 cm (2.0 to 3.9 in) broad. Brinjal flowers are large, violet colored and solitary or in clusters of two or more. Flowers are star-shaped and have short stalks, 5 stamens attached to the corolla tube and a single superior ovary.

Eggplant or aubergine is a delicious vegetable which is found growing in a variety of shapes and sizes. Eggplant is depressed globose to ellipsoid, globose, ovoid, obvoid, elongate or even serpentine shaped Berry, 2–35 cm long (sometimes longer) and  2–20 cm broad with  many seeds inside. Color of eggplant may differ according to varieties which may range from purple, white, yellow, green, pale violet-purple hues to black, occasionally netted (variegated) or streaked, when ripe. It has thin smooth, glossy skin externally and white color pulp with numerous centrally arranged small, soft seeds internally. It has bland type of flavor and slightly bitter in taste. Seeds are enticular to reniform, flattened, pale brown, 2.8–3.9 mm long and 2.5–3.5 mm wide. It is a very low calorie vegetable and has healthy nutrition profile so it is one of the best foods for weight watchers! Its “meaty” texture makes eggplant a staple in vegetarian diets.

The exact center of origin of Eggplant is still controversial and debatable. The most commonly assumed region for the domestication of eggplant (Solanum melongena) is India, though China has an equally old written record of eggplant use dating about 2,000 years ago. But now it is grown in many tropical and semitropical regions throughout the world. 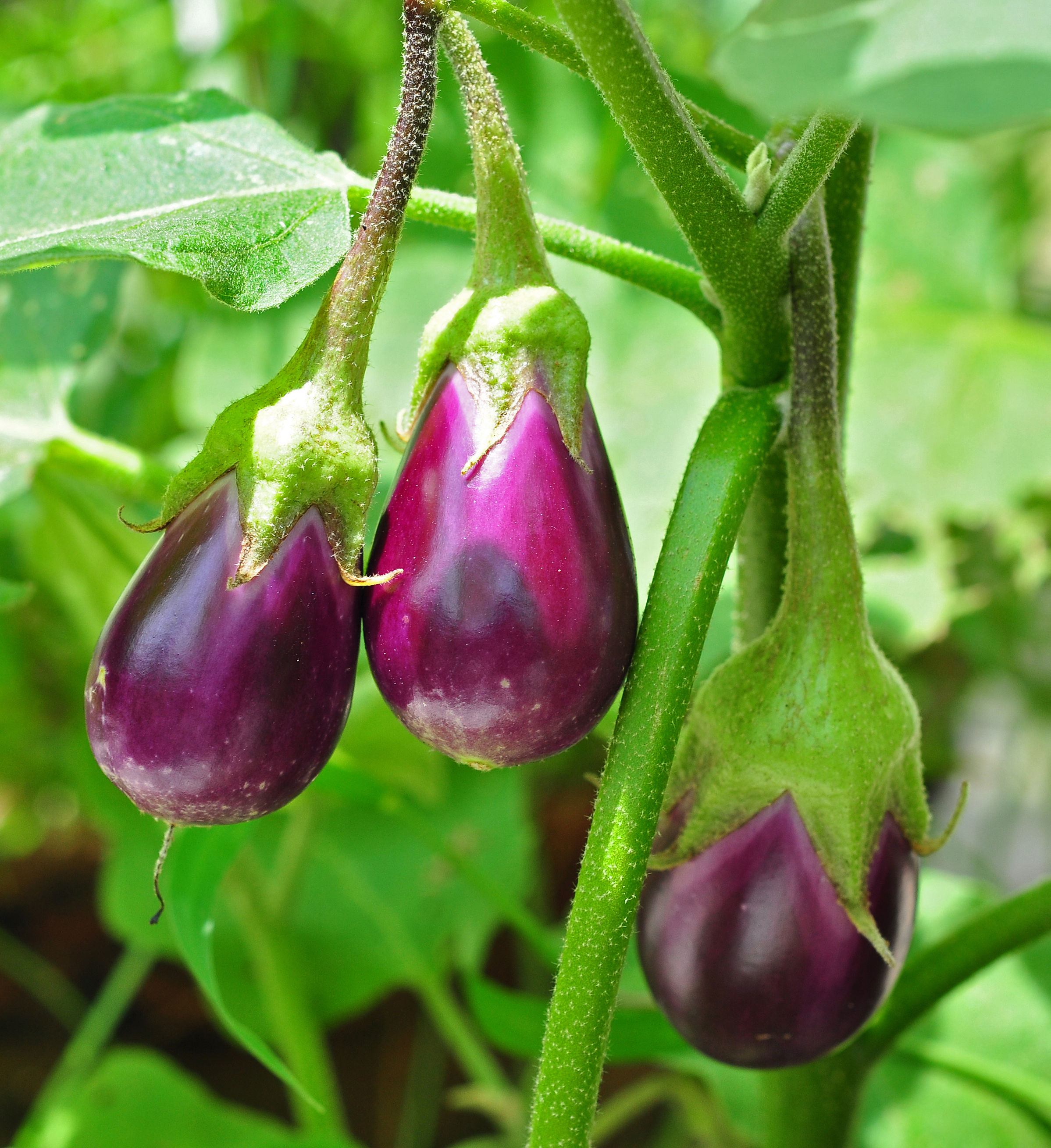 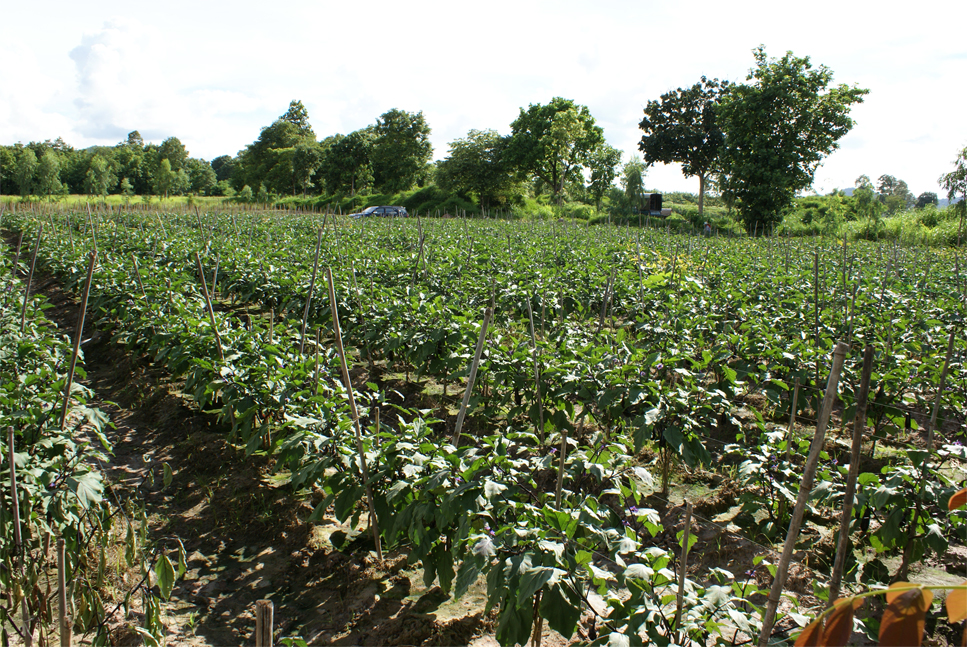 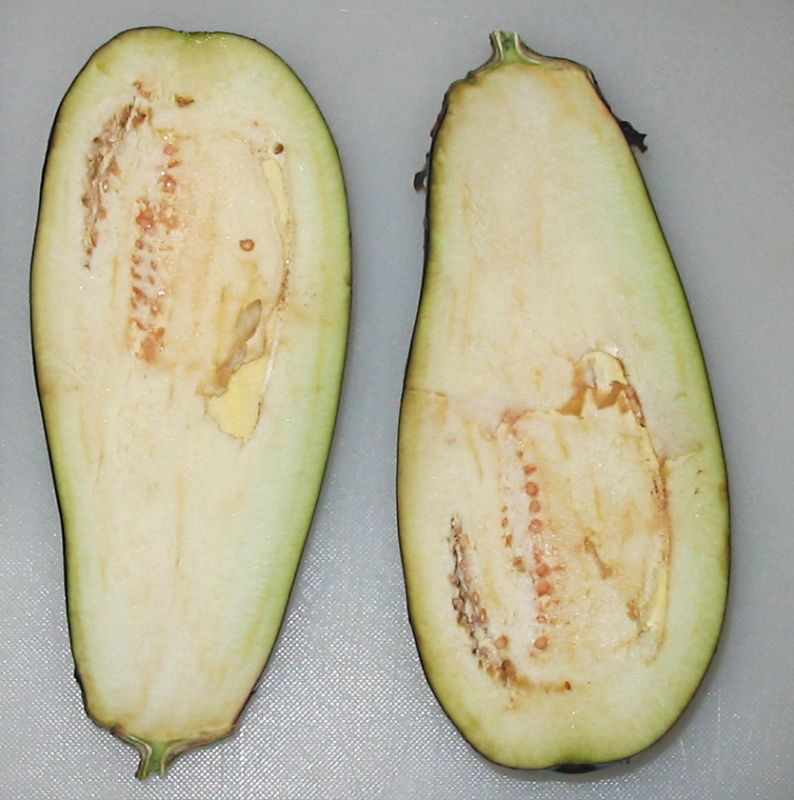 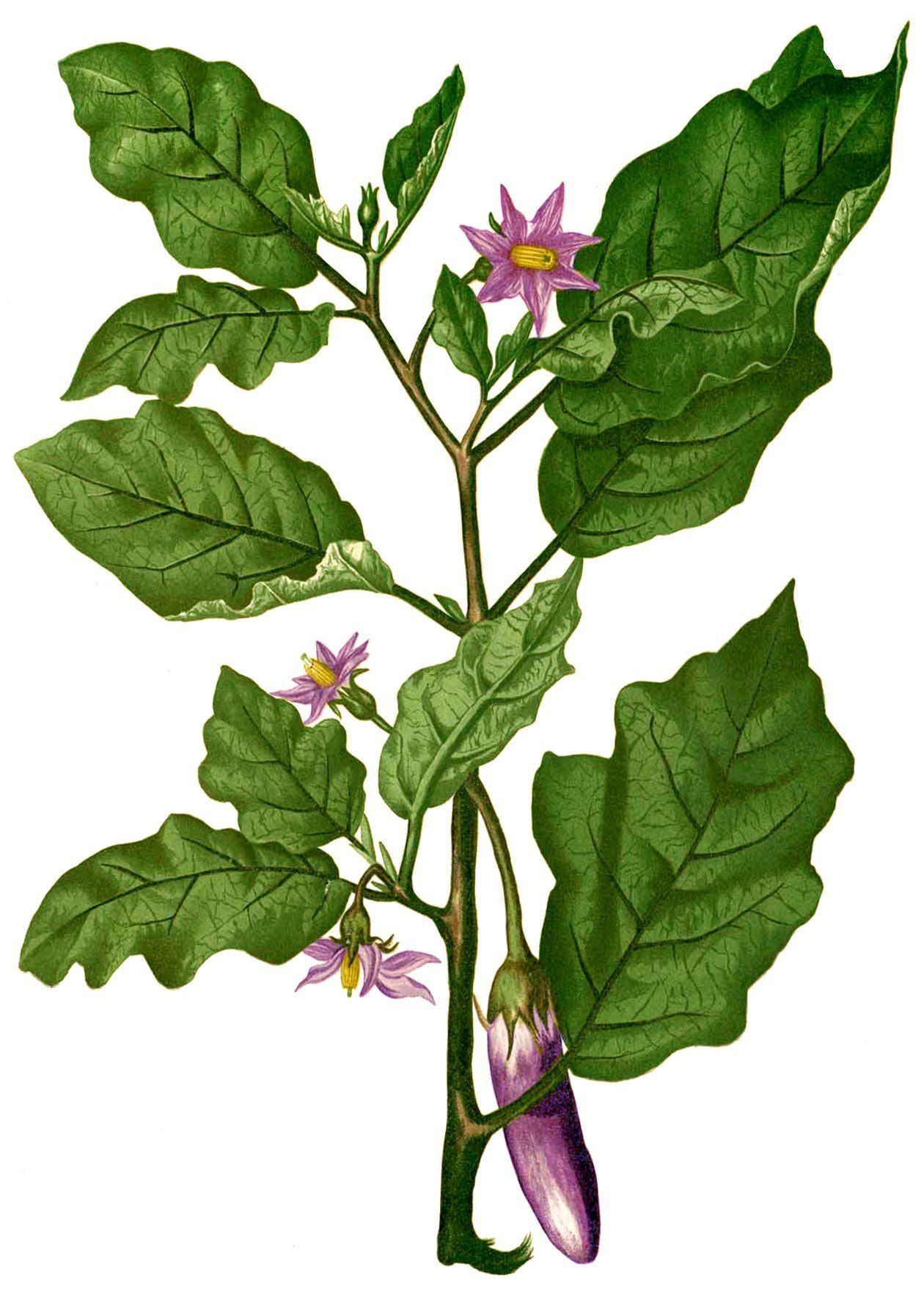 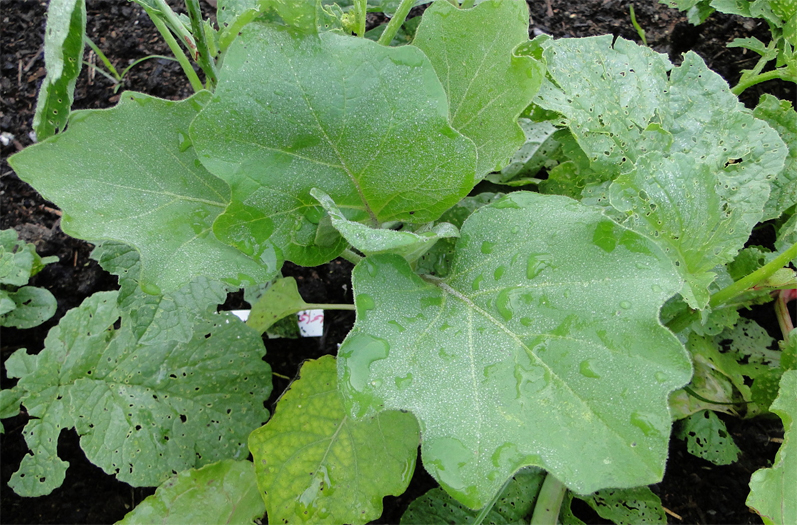 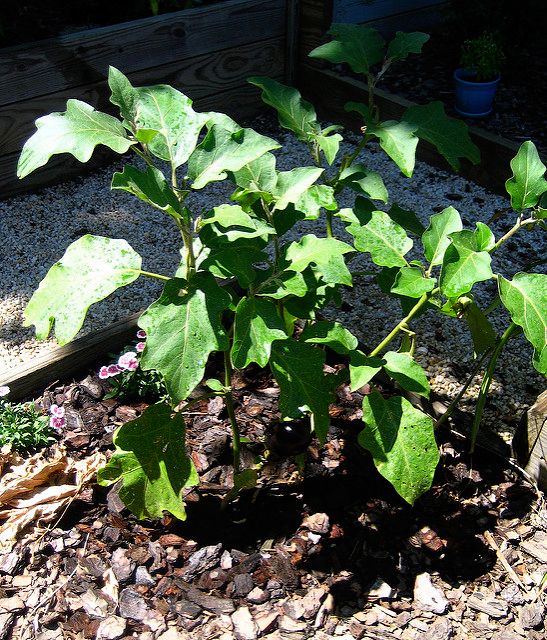 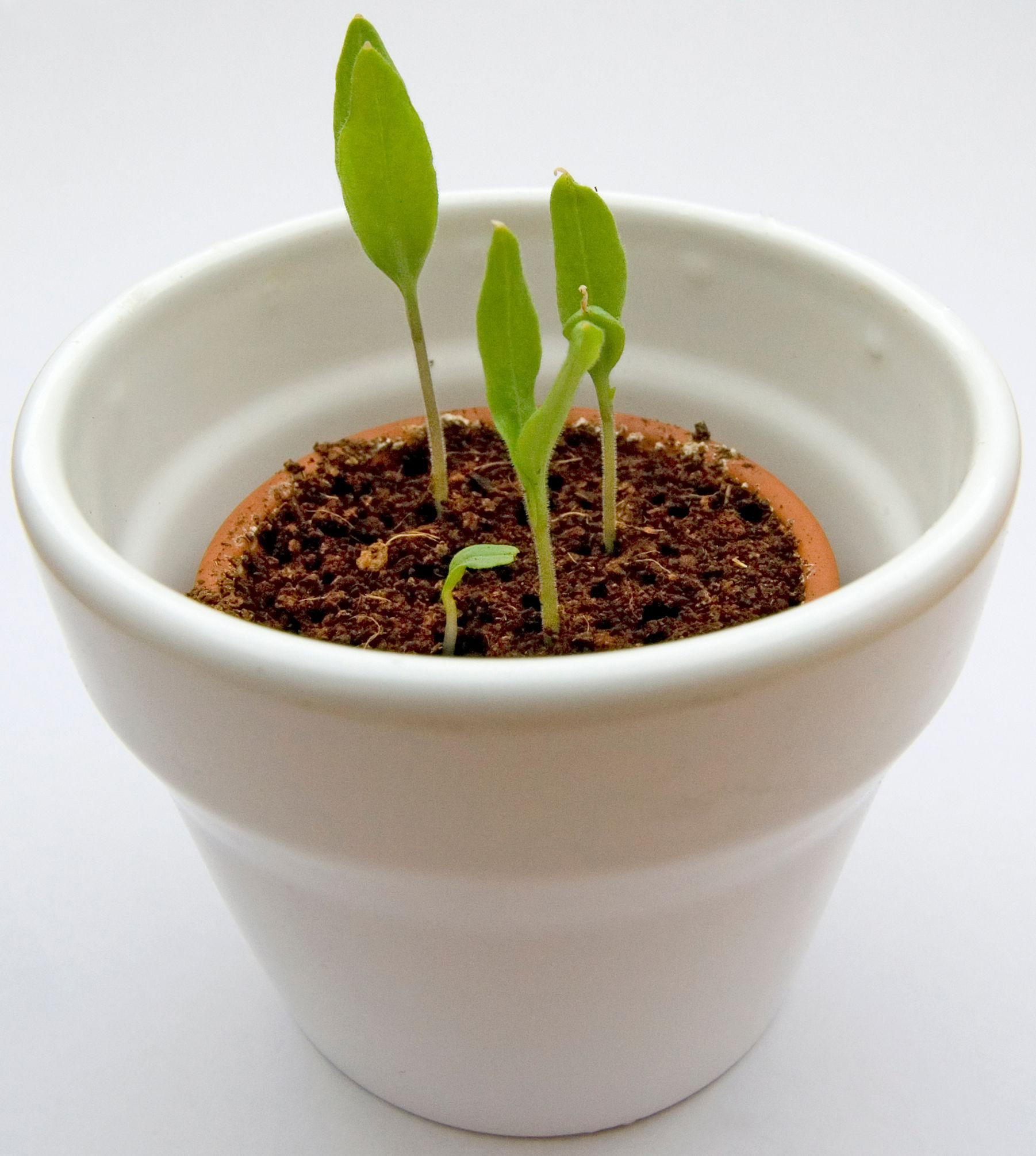 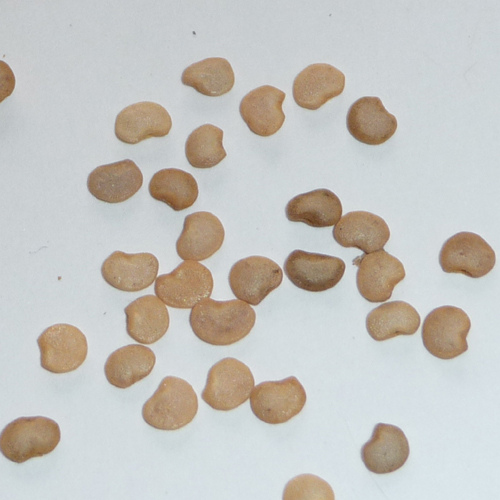 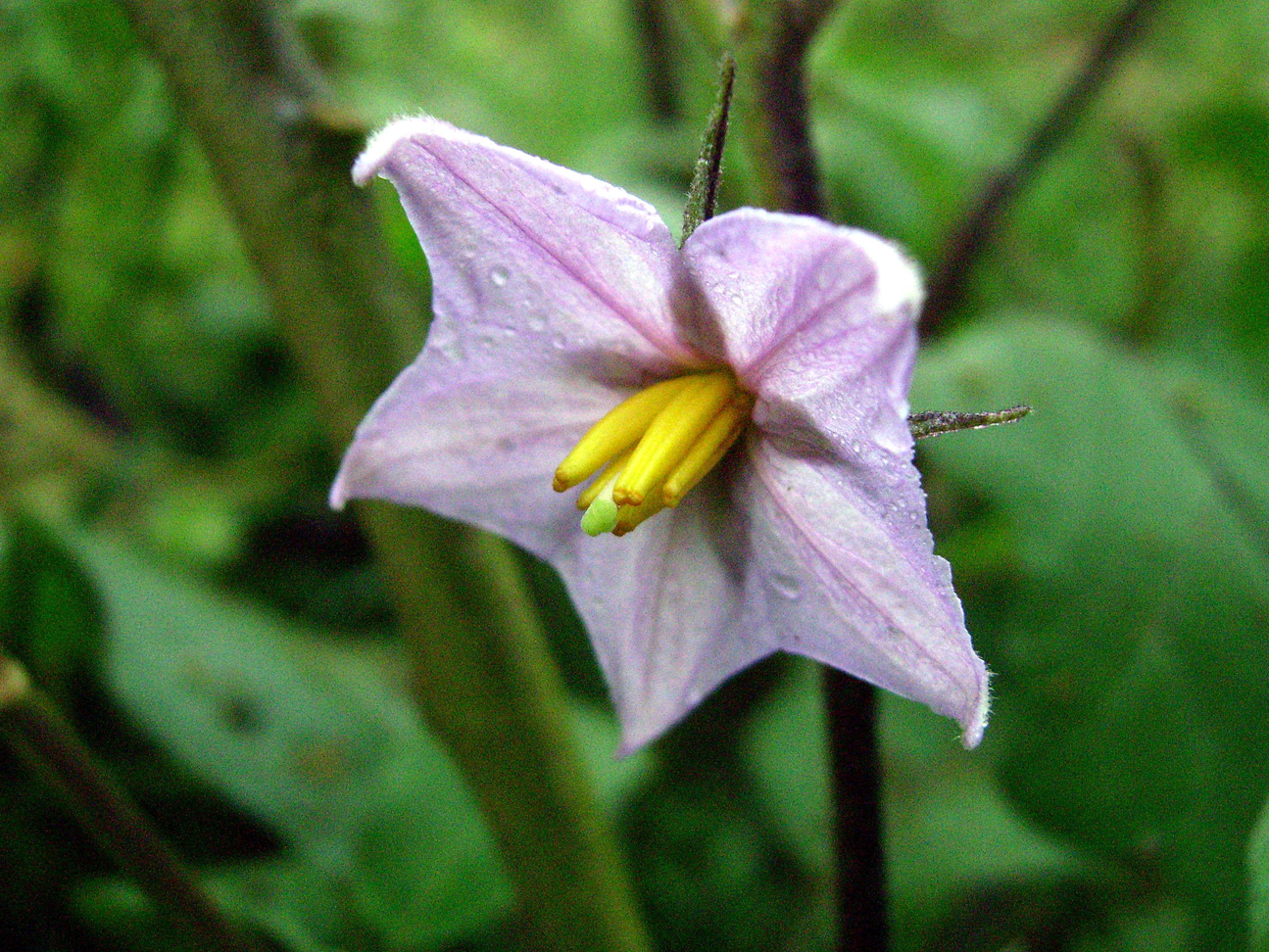 Brinjal or eggplant is an important crop of sub-tropics and tropics. It supplies 25 calories per serving and has virtually no fat. Its “meaty” texture makes eggplant a staple in vegetarian diets. Eggplant is also called as the ‘King of Vegetables’ because it is found used by most of the people around the world. Due to its low calorie it is one of the best foods for weight watcher.

As brinjals are low in carbohydrates and high in fiber content, they are identified to be good for people suffering from diabetes. It is because, the high fiber causes helps in managing blood sugar levels in the body by controlling the absorption of glucose from food.

Eggplants consists of huge amount of magnesium, potassium, calcium and phosphorous. All these minerals help in maintaining electrolyte balance in the body. It also helps in neutralizing the effects of sodium on the body thereby helping in blood pressure control. Apart from this, increased intake of anthocyanins which is present in considerable amounts in brinjal also lowers your blood pressure.

It also has chlorogenic acid that acts as a powerful antioxidant agent, lowering cholesterol levels in the body. Brinjal also comprises high amounts of fiber which increases the absorption of blood cholesterol by the liver to produce bile.

As we all know that Folates are vital parts of any diet, and folic acid is mainly beneficial for pregnant women. Folic acid directly defends infants from neural tube defects that can manifest in a number of ways. Therefore, it is always suggested that expecting mothers increases their folic acid intake to account for their other dependent mouth inside! Eggplants are rich sources of folic acid, which makes a delicious and useful snack or dietary addition when pregnant.

Regular consumption of Eggplant is extremely beneficial for managing high risk of bone degradation and osteoporosis. Phenolic compounds give coloration to several fruits and vegetable and this compound have been related with the reduced chance of osteoporosis and makes bones strong and robust. Eggplants consist of significant amounts of iron and calcium, which are essential to bone health and complete strength. Lastly, the quantity of potassium in eggplants helps in the uptake of calcium, making eggplants a widespread and highly beneficial booster for osteoporosis and bone health.(1)

As mentioned earlier eggplant contains almost no fat or cholesterol, therefore it is among the healthy food for all those people who are attempting to lose weight or battle obesity problems. The fiber content is also very satisfying, which prevents the release of ghrelin, the hormone which convey message to our mind that we are hungry again. Simply by reducing our appetite, the chances of overeating are greatly reduced; therefore weight loss attempts are more successful.(2)

Like many other vegetables, eggplant is also one of the greatest sources for dietary fiber, a compulsory element in any balanced diet. Fibers are extremely important for gastrointestinal health, as well as for the consistent movement of the bowels. Fiber helps to bulks up your bowel movements so they pass more easily through the digestive tract, while also encouraging peristaltic motion, the contraction of the smooth muscles that move food through the body. Finally, fiber encourages the secretion of gastric juices which facilitate absorption of nutrients and the processing of foods.(3)

Iron deficiency is extremely dangerous to overall health, and it can manifest in anemia. Anemia is described by headaches and migraines, weakness, depression, fatigue and cognitive malfunction. Consuming food high in iron can help to combat anemia, and eggplants consists of considerable amount of iron in their meaty, edible fruit. Similarly Eggplants are very rich in copper, another essential component of red blood cells, just like iron. Without these two minerals, the red blood cell count in the body will continue to decline. With healthier, red blood cells flowing through your veins, you will see a noticeable boost in energy and strength, and exclude feelings of fatigue or stress.

Other Traditional uses and benefits of Eggplants