Trending
You are at:Home»Foods»Flan Nutrition and Recipe 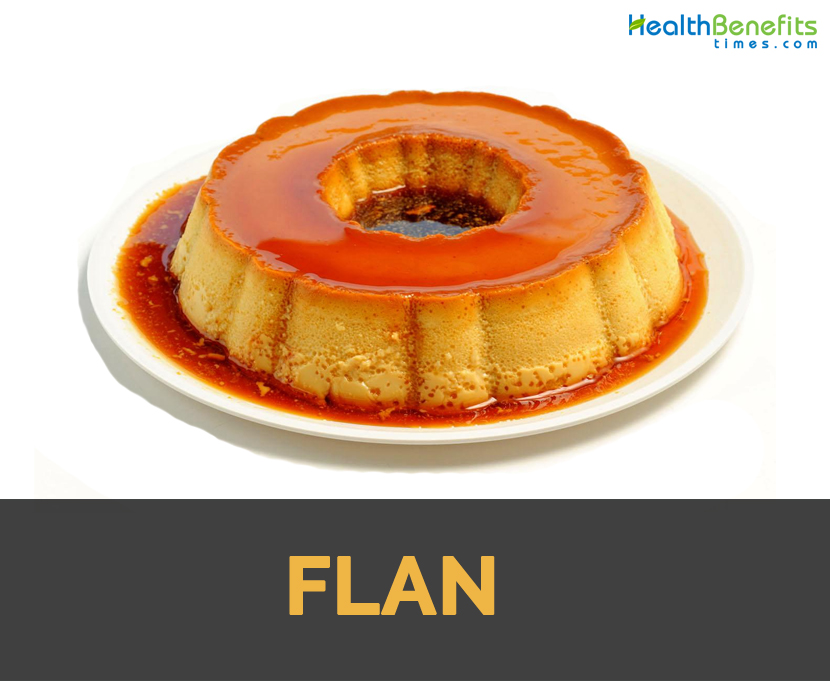 Flan is a dish having an open and rimed pastry or sponge base which contains sweet and savory filling. It is round with shortcrust pastry. Some examples are custard tart, quiche Lorraine, South African melktert and leche flan. It is a light or tasty dessert which is well-known on Spanish peninsular. It is considered that flan was discovered in central European regions of France and Germany but literally the term “flan” is derived from German word “flado” which means cake. The humble flan is favored across Spanish speaking world. An escalation of flan led to various varieties of dish. Recipe of flan could be adapted for various flavors with substituting milk in recipe. In some regions, flan is made with freshly squeezed orange juice as an alternative to milk. In Mexico, Argentina and Uruguay, flans are accompanied by dulce de leche and in Chile, it is accompanied by dulce de membrillo. This dessert has the basic recipe of combining milk, eggs and sugar baked in mold with caramel. The eggs, condensed milk and evaporated milk forms flan so rich.

Roman cuisines are more familiar to Flan. Usually, it is a savory dish as eel flan and sweet flans are created with pepper and honey. Both savory and sweet flans made with cinnamon, sugar, almonds, spinach, curd, cheese and fish are prominent in Europe during Lent when meat was prohibited.

At home we like our flan less eggy and with a creamier, lush texture, flavored with an infusion of cinnamon and lemon and orange peels— a lovely nod to the profuse Moorish influences in the Spanish kitchen.Individual flan molds or ramekins that hold 5 to 6 ounces/150 to 175 ml are ideal. The final texture should be a bit jiggly, just as this Spanish expression indicates: “Como un flan” (like a flan) means to be shaking with nerves or fear.