Trending
You are at:Home»Vegetables»Ginger – Zingiber officinale 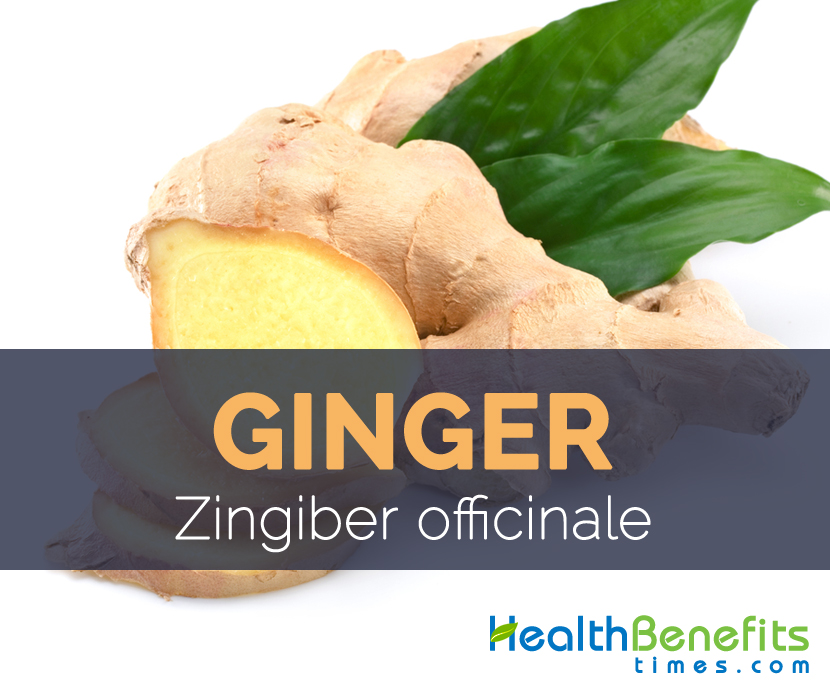 Ginger is the common name for Zingiber officinale, which was originally grown in China and now equally spread around the world. The plant’s botanical name is supposed to be derived from its Sanskrit name singabera which means “horn shaped,” a physical characteristic that ginger reflects. Pungent, spicy ginger root is one of popular root herb of culinary as well as medicinal importance. Ginger belongs to Zingiberaceae botanical family which also includes cardamom, galangal and turmeric. The spice ginger is the underground rhizome of the ginger plant, with a robust distinct flavor which can boost the production of saliva. The main part which is used as spice on the plant itself is the rhizomes or ginger root. Ginger root is traditionally used in popular sweet foods in Western cuisine such as ginger cake, ginger snaps, gingerbread, ginger biscuits and ginger ale. Apart from its culinary benefits it is considered to be beneficial to cure diabetes, fatigue, headaches, flu, cold and nausea when used in tea or food. Canton Ginger, True Ginger, Common Ginger, Culinary Ginger, Stem Ginger, Jamaican Ginger and Green Ginger are some popular common names of Zingiber officinale. Few of the popular varieties of ginger are Baby Ginger, Organic Ginger, Jamaican Ginger, Thai Ginger, and Yellow Ginger which are found used throughout the world.

Ginger is actually a tangled, thick, beige underground stem, known as a rhizome. Ginger root or Rhizome is the main parts that are used as spice around the world. It has been utilized as a medication within Asian, Indian, as well as Arabic herbal traditions for thousands of years. Rhizomes are usually subterranean, irregularly branched, thickened and fleshy and are light brown in color. Ginger rhizome has thin brownish skin and the flesh is pale yellow, white or red depending on the Varieties. It has Aromatic, pungent and hot taste so it is mostly used in traditional medications as well as in wide range of food items throughout the world.

The species is described to be native in Southeast Asia. It is supposed to have originated in the Himalayan foothills of Northern India and later is distributed from India to South Central China. It is widely grown in the tropics and subtropics in Asia, Africa and the Caribbean. Today, it is widely grown all over the world as a major commercial spice crop. 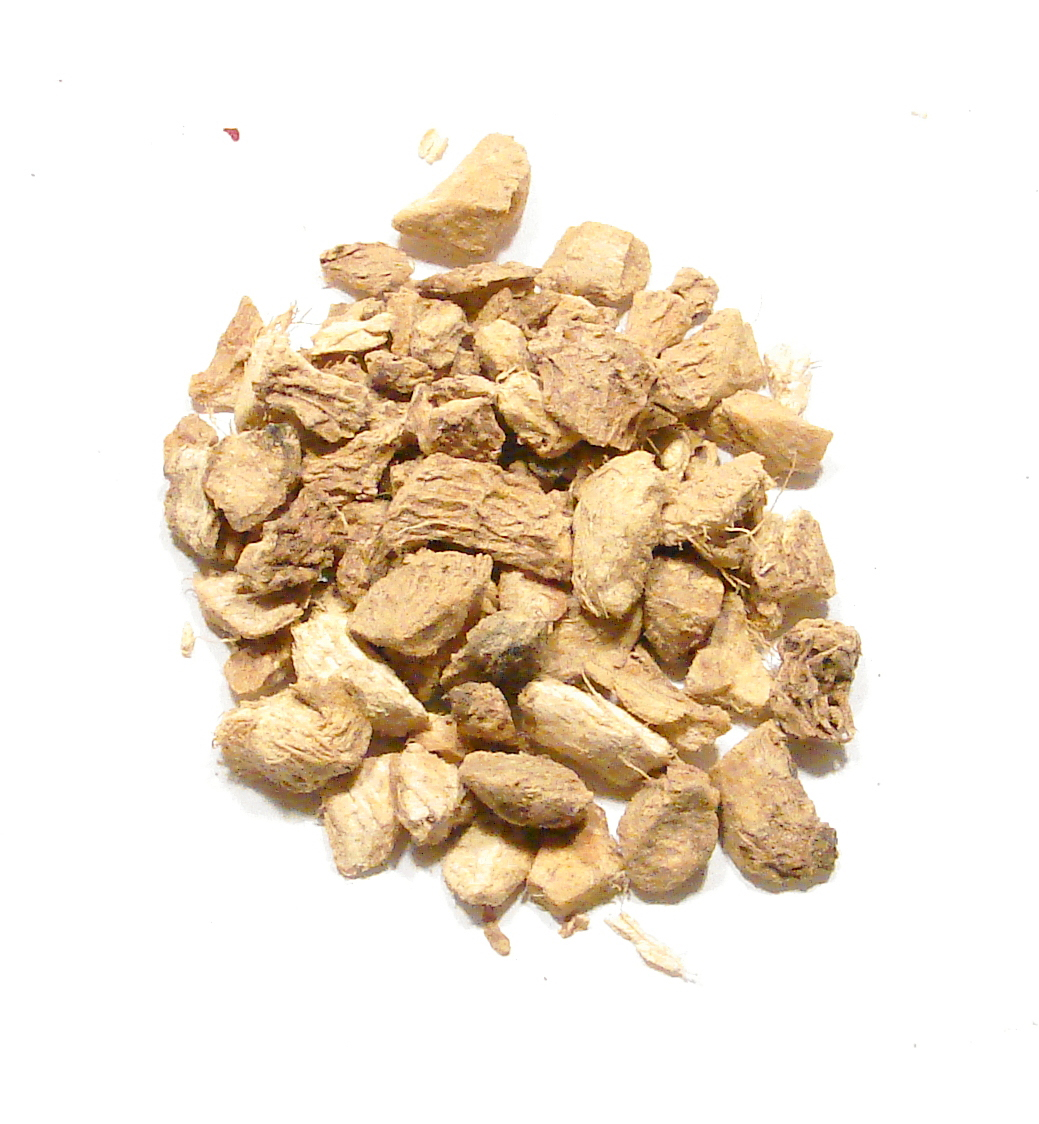 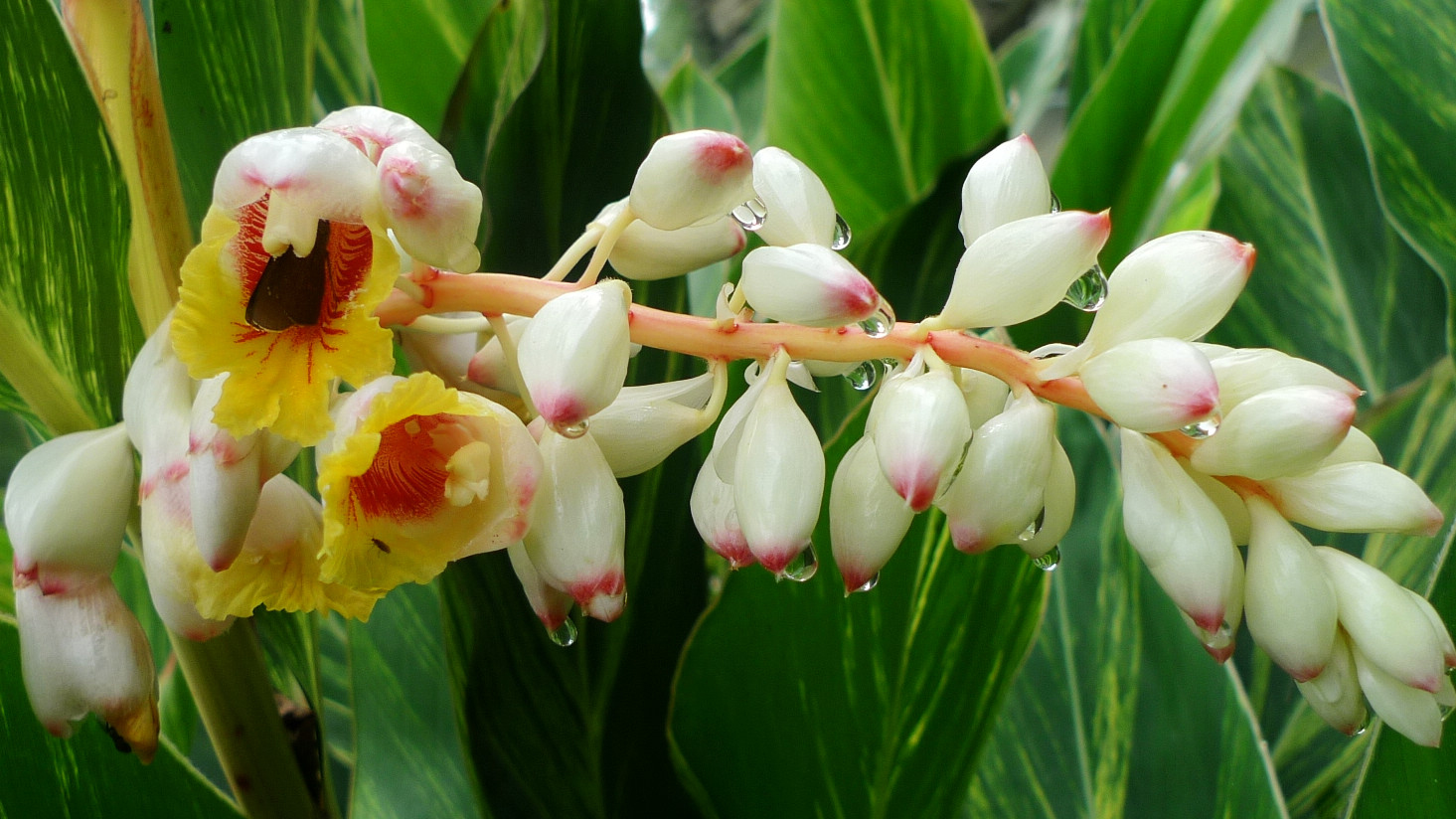 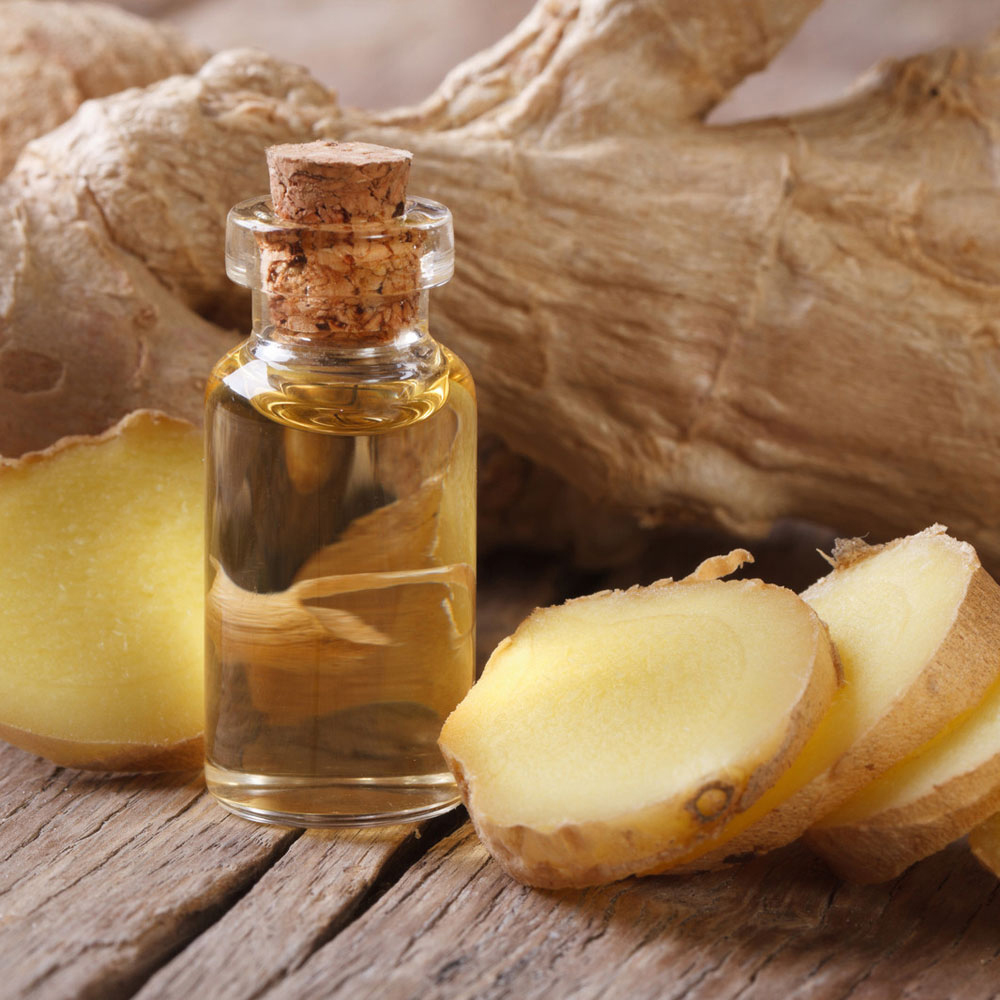 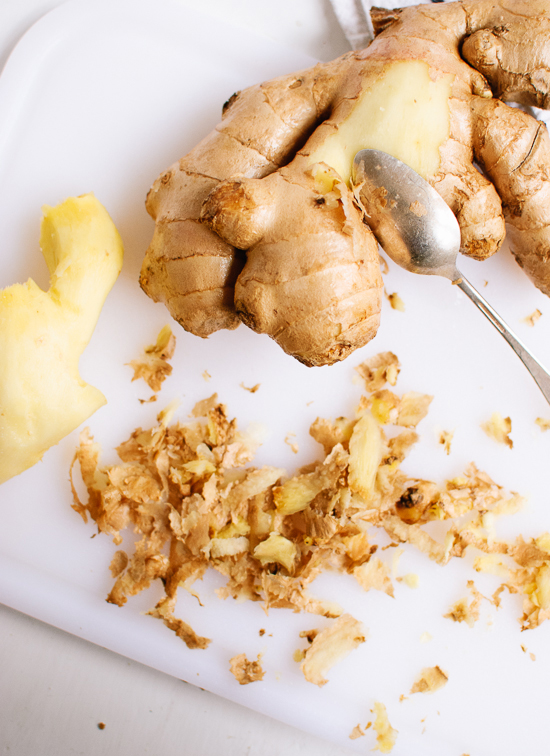 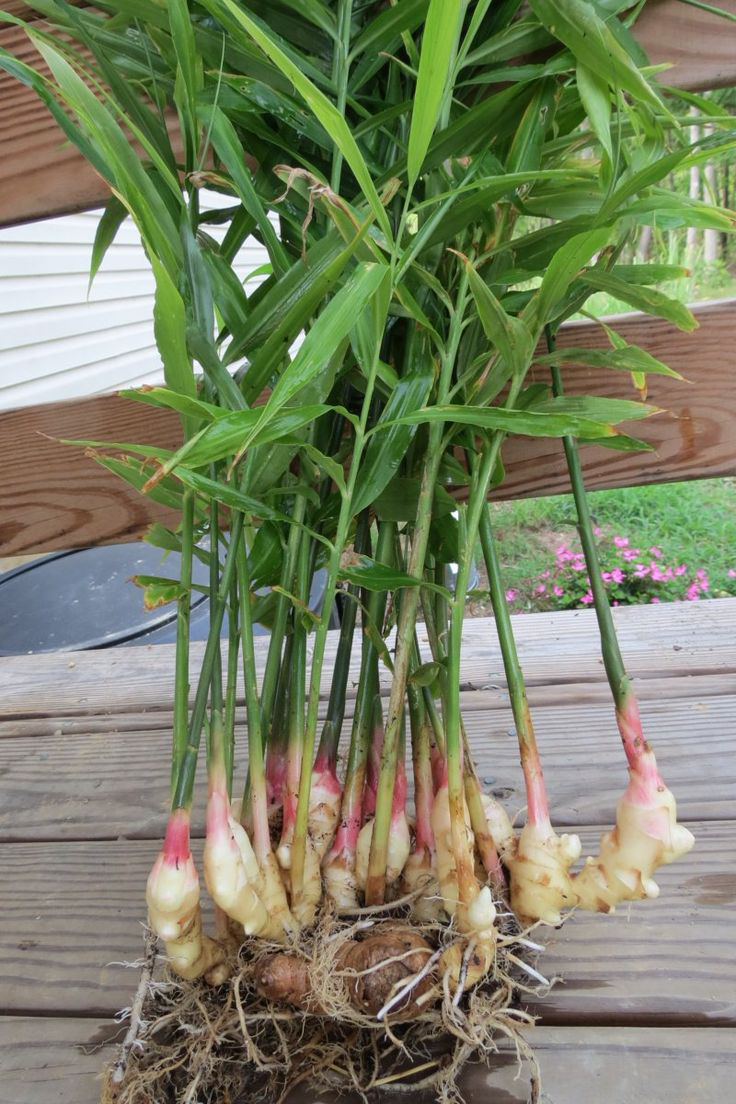 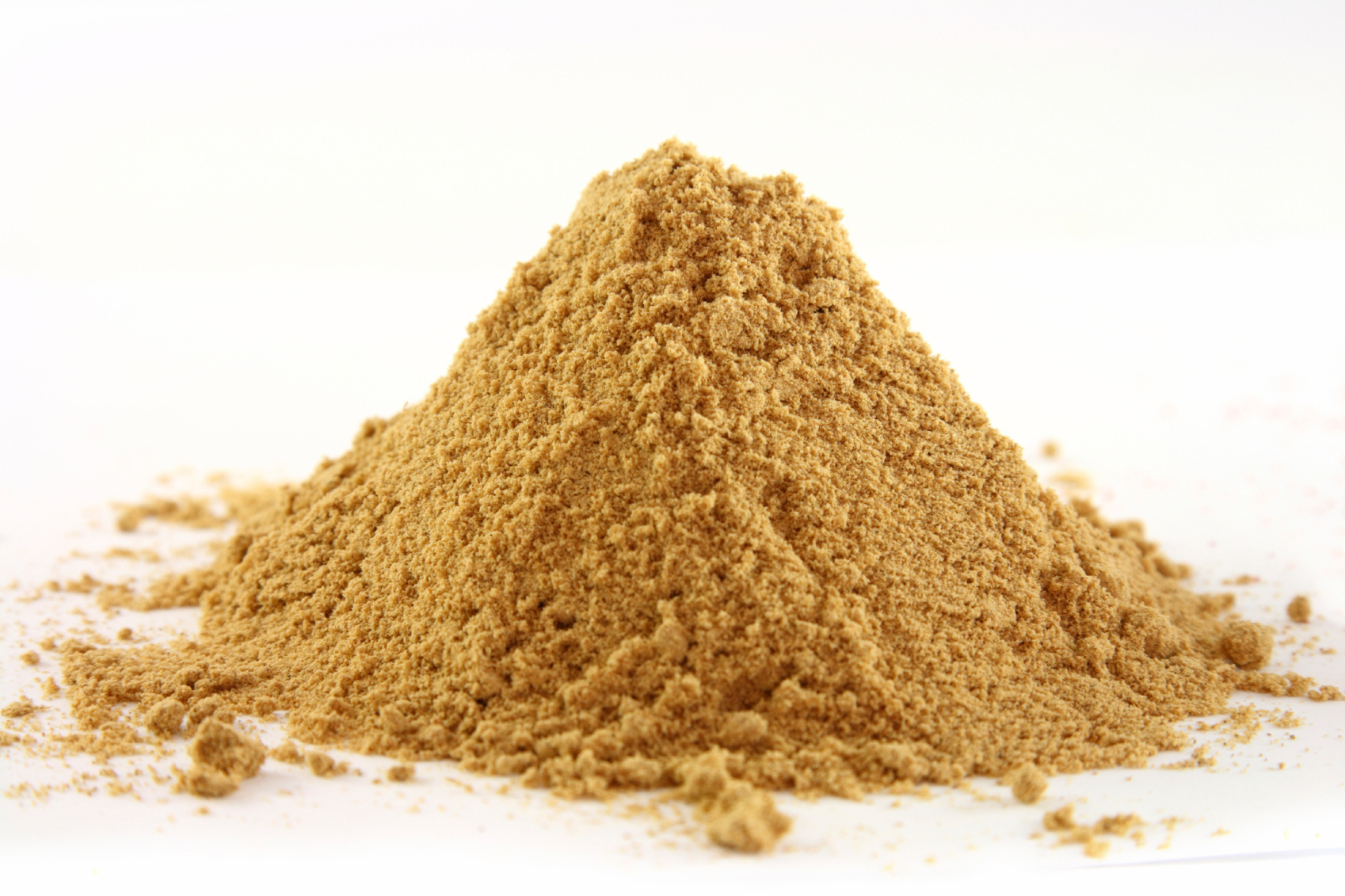 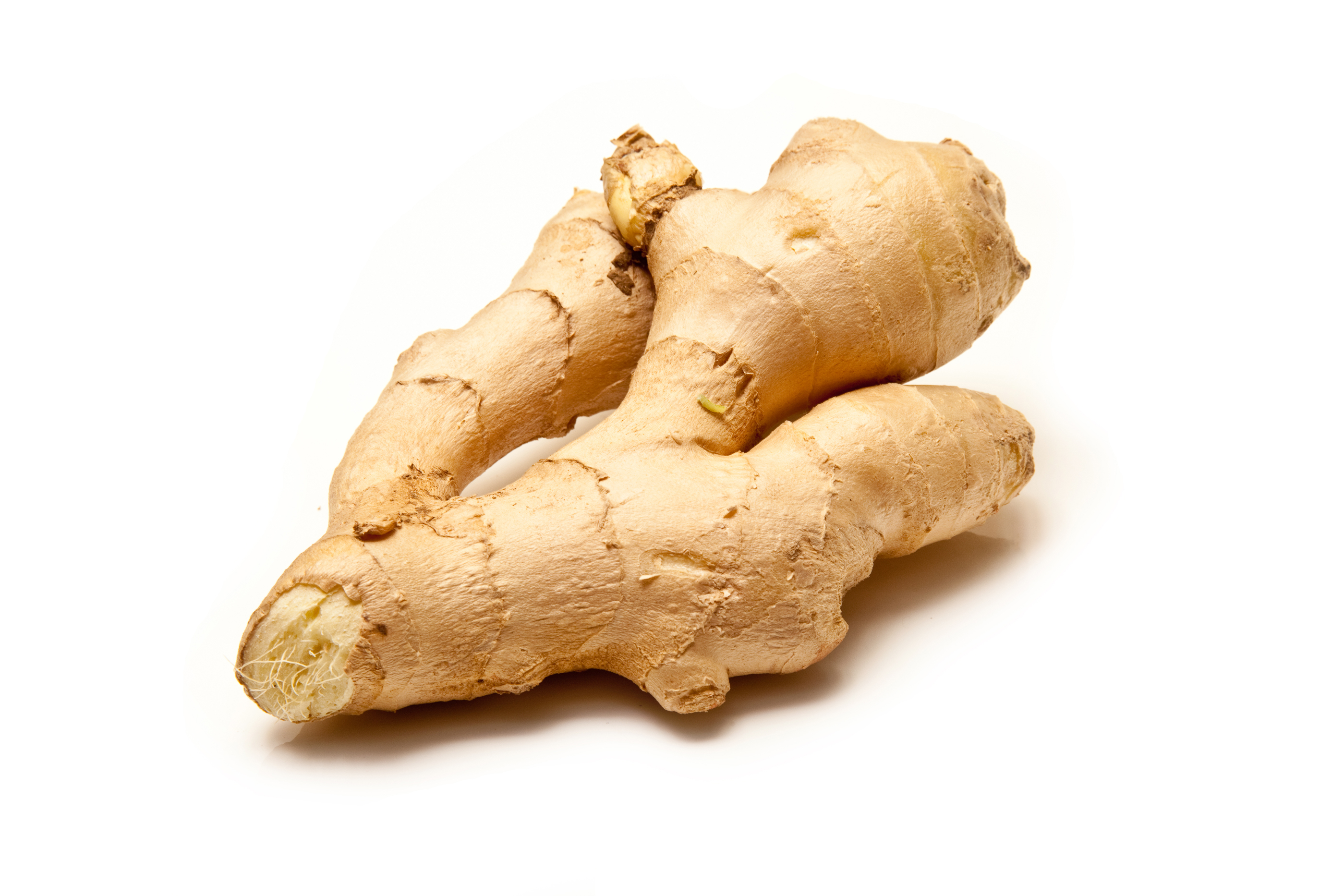 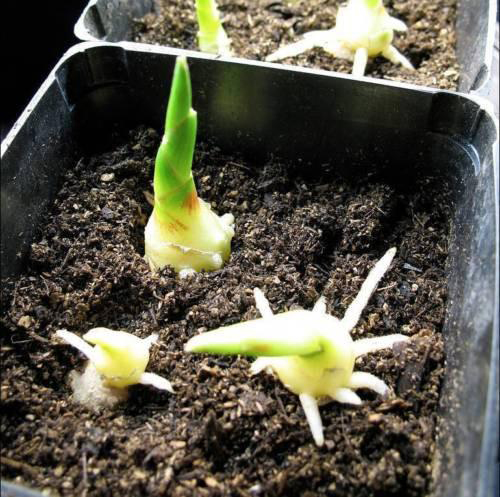 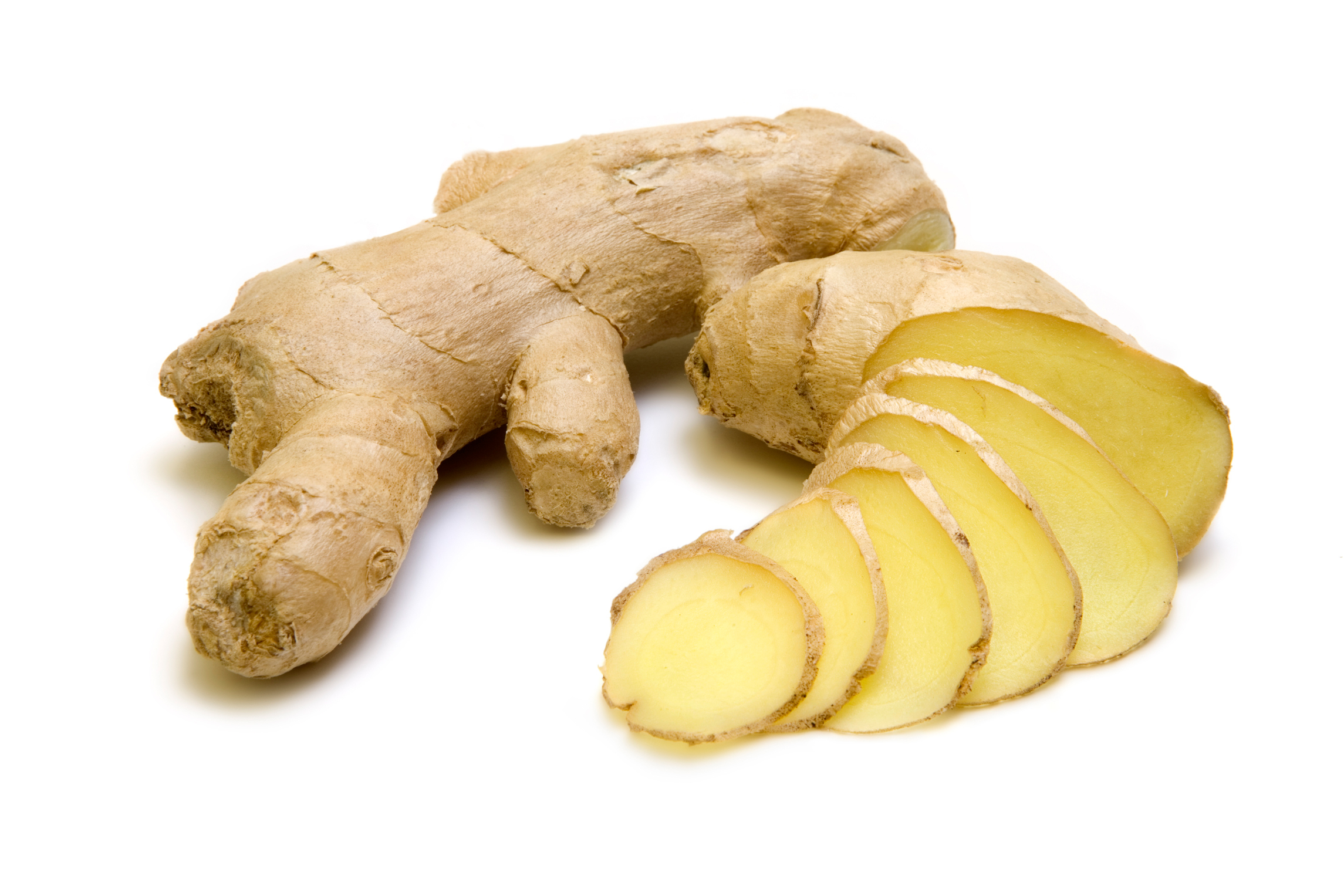 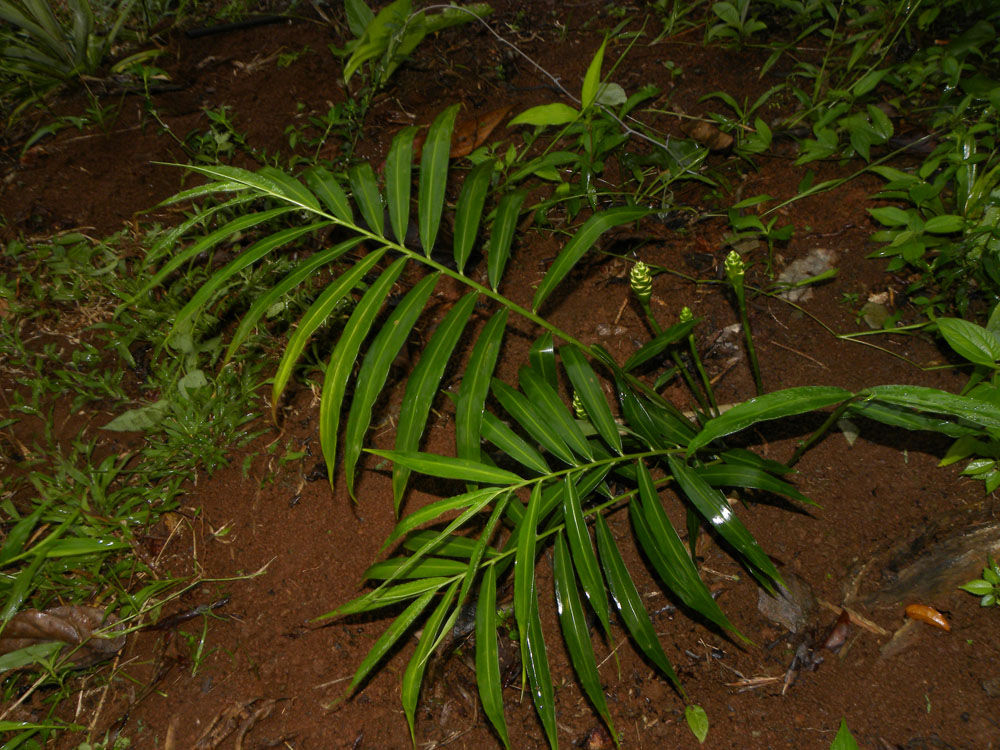 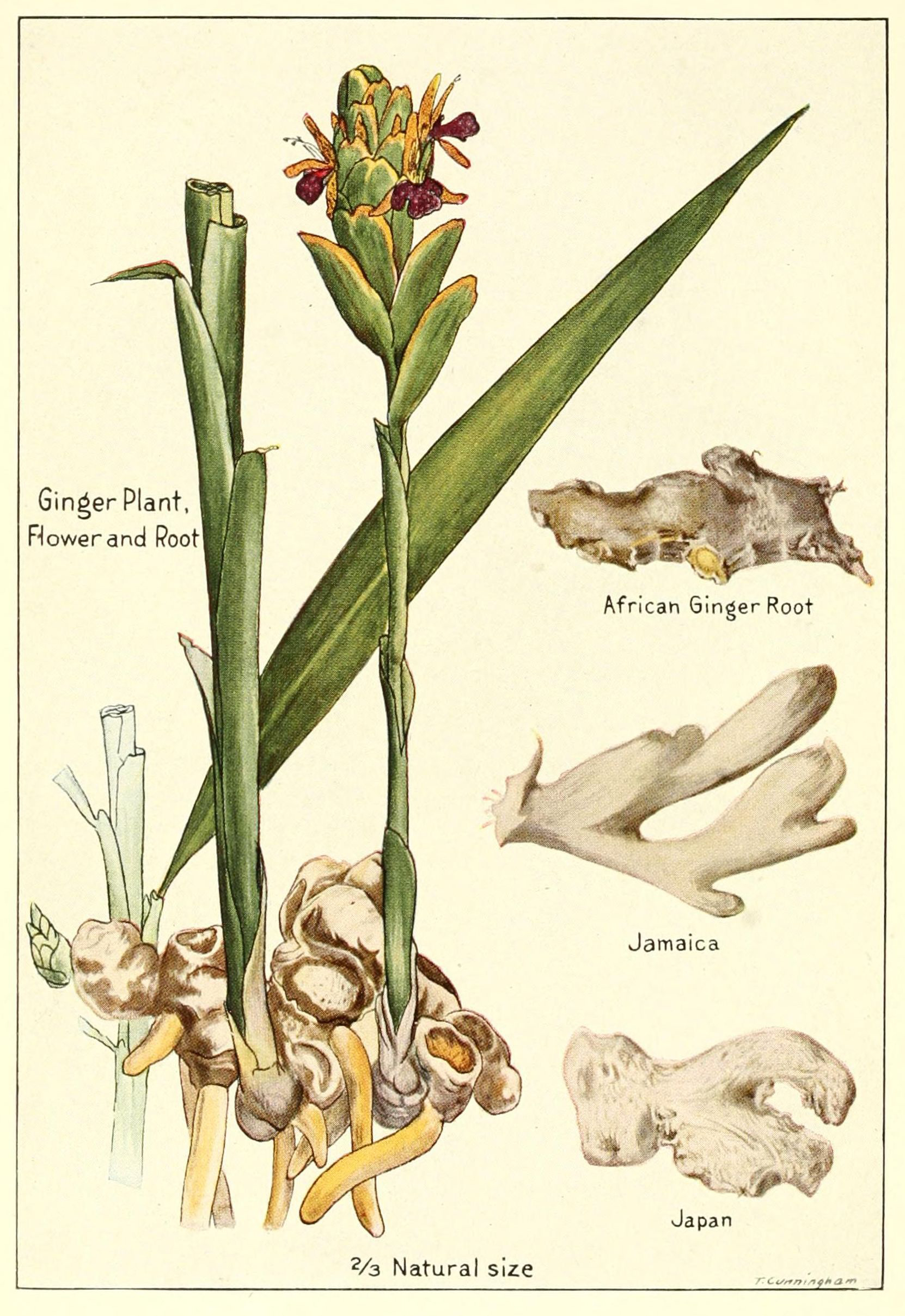 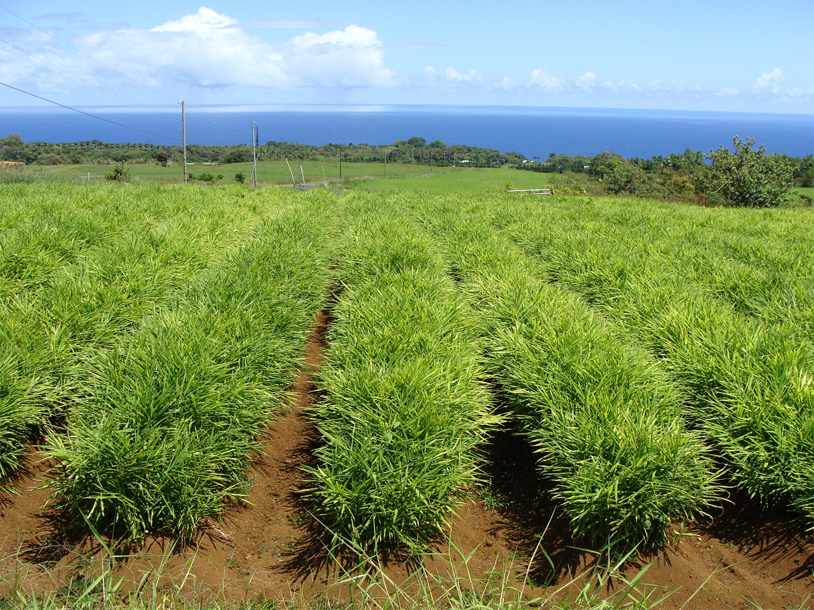 Ginger which is supposed to have originated from Himalayan foothills of Northern India is a pungent and hot spice which is found used all over the world due to its nutritional value. It is a powerhouse of several important nutrients and compounds present in ginger is proven to control allergic symptoms as well as many other health related problem without any kinds of side effects. Listed below are some popular health benefits of using ginger:

Ginger seems to be greatly effective against nausea. For example, it has a long history of use as a sea sickness remedy, and there is certain proof that it may be as effective as prescription medication. Frequent use of ginger can relieve nausea and vomiting after surgery, and in cancer patients undergoing chemotherapy. However it is mostly effective to pregnancy-related nausea, such as morning sickness.

Researches done in pregnant women suggest that, 1.1-1.5 grams of ginger can expressively decrease symptoms of nausea, but it has no effect on vomiting problems. Although ginger is considered safe, talk to your physician just before taking huge amounts if you are pregnant. Some believe that huge quantities can increase the risk of miscarriage; however there are presently no studies to support this.(1), (2), (3), (4), (5)

Exercise-induced muscle pain can easily be cured with the regular use of ginger. Research suggests that consuming 2 grams of ginger per day will expressively reduce muscle pain in people performing elbow exercises. However ginger does not have an instant effect, but may be effective at decreasing the day-to-day progression of muscle pain. These effects are supposed to be mediated by the anti-inflammatory properties.(6), (7)

Osteoarthritis is one of the common medical condition in which the bones become stiff and fragile from loss of tissue, normally as a result of hormonal changes, or lack of calcium or vitamin D. Research carried out on people with osteoarthritis of the knee suggest that frequent intake of ginger extract significantly reduce the pain compared to those who do not take them frequently.

Similarly another research concluded that the combination of ginger, cinnamon, mastic and sesame oil, can decrease pain and stiffness in osteoarthritis patients when applied topically.(8), (9)

Researches carried out among 24 healthy individuals suggest that 1.2 grams of ginger powder just before meal accelerated emptying of the stomach by 50%.(10), (11)

Dysmenorrhea or menstrual pain generally refers to pain felt throughout a woman’s menstrual cycle. Ginger is traditionally used to get relief from such pain during menstrual cycle. Scientific research recommends taking about 1 gram of ginger powder per day, for the first 3 days of the menstrual period. Ginger help to manage the pain as effectively as drug ibuprofen and mefenamic acid.(12)

High levels of LDL lipoproteins (the “bad” cholesterol) are related to an increased risk of heart disease. The foods you consume have a strong influence on LDL levels. Research suggests that regular consumption of 3 grams of ginger powder caused significant reductions in most cholesterol markers.

Cancer is one of the very serious diseases which are described by uncontrolled growth of abnormal cells. Ginger extract has been considered as an alternative usage for numerous forms of cancer. 6-gingerol is one of the essential substance which is found in huge amount in raw ginger has got anti-cancer properties.

Research has discovered that about 2 grams of ginger extract per day considerably reduced pro-inflammatory signaling molecules in the colon. However, a follow-up research in individuals at a high risk of colon cancer did not approve these findings. There is some, although limited, proof that ginger may be effective against pancreatic cancer, breast cancer and ovarian cancer. More research is necessary.(15), (16), (17), (18), (19), (20), (21)

Oxidative stress and chronic inflammation can speed up the aging process. They are believed to be one of the important reasons for Alzheimer’s disease and age-related cognitive decline.

Certain research suggests that the antioxidants as well as bioactive compounds present in ginger can help to prevent inflammatory responses which occur in the brain. However there is some proof that proves ginger can enhance brain function effectively.

In a research of 60 middle-aged women, ginger extract was shown to increase reaction time and working memory. There are several researches showing that ginger can protect against age-related decline in brain function.(22), (23), (24), (25), (26)

Fresh ginger consists of Gingerol, the bioactive substance that can help lower the risk of infections. Ginger extract can prevent the growth of many different types of bacteria. It is extremely effective against the oral bacteria related to inflammatory diseases in the gums, like gingivitis and periodontitis. Fresh ginger may be effective against the RSV virus, a common cause of respiratory infections.(27), (28), (29), (30)

Other Traditional uses and benefits of Ginger