Trending
You are at:Home»Herbs and Spices»17 benefits of Goldenseal (Orangeroot) 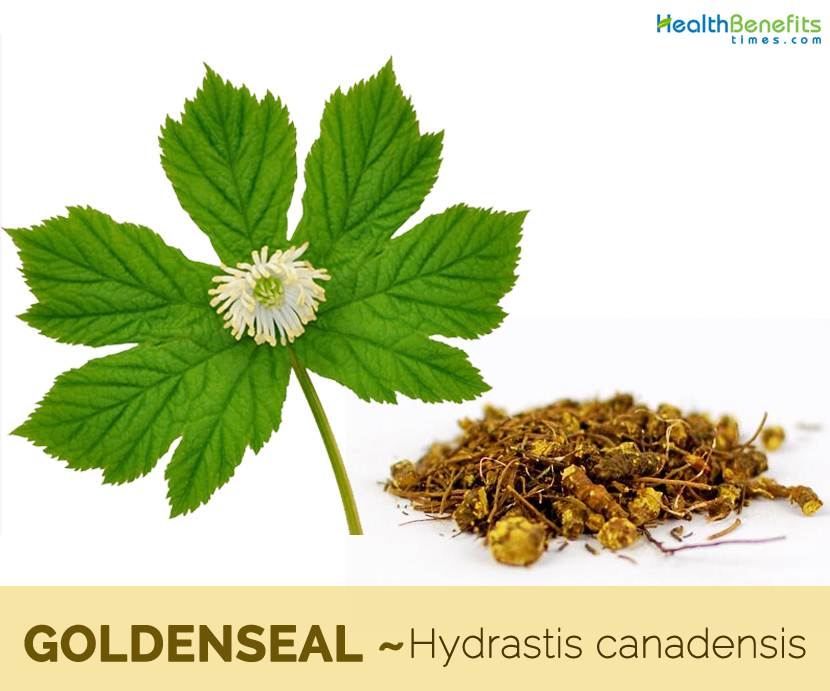 Goldenseal botanically known as Hydrastis Canadensis is a member of the buttercup family Ranunculaceae. Apart from Goldenseal it is also known as Yellow Root, Orange Root, Yellow Puccoon, Ground Raspberry, Wild Curcuma, Turmeric Root, Indian Dye, Eye Root, Eye Balm, Indian Paint, Jaundice Root and Warnera, hydrastis.  It is a perennial herb native to the southeastern Canada and the eastern United States. Over harvesting and loss of habitat have reduced the availability of wild goldenseal, but the plant is now grown commercially in the United States, mainly in the Blue Ridge Mountains. The name of this plant is due to its golden colored roots that are used to treat a range of human ailments. Normally the plant is distinguished by its thick, yellow knotted root stock. The dried root and rhizome are used in herbal medicine. Apart from its medicinal uses they are also dried and used to make teas, extracts, tablets, or capsules.

Goldenseal is a slow-growing small perennial herbaceous plant about 1 ft. (30 cm) tall. It is found growing naturally in rich, densely shaded, deciduous forests and prefers a good rich moist loamy leafy soil in shade or partial shade. It also prefers a sandy, acid to neutral humus-rich soil. The plant is distinguished by its thick, yellow knotted rootstock. Stem is 6 to 12 inches high, erect, cylindrical, hairy, with downward-pointing hairs, purplish above ground and yellow below ground where it connects to the yellow rhizome.

Leaves are large (up to 30 cm wide), usually with five lobes. Prominently-veined and wrinkled, dark green, hairy leaves, placed high up, the lower one stalked, the upper stalk less, roundish in outline, but palmately cut into 5 to 7 lobes, the margins irregularly and finely toothed. There is one solitary radical leaf on a long foot-stalk, similar in form to the stem leaves, but larger, when full-grown being about 9 inches across. Leaves can span 3 to 12 inches in diameter and 3 to 8 inches in length.

Flower is solitary, terminal, erect, and small with three small greenish-white sepals, falling away immediately after expansion, no petals and numerous stamens. Flowering normally takes place from April to May. Flower later develops into small, fleshy, oblong, crimson berries, tipped with the persistent styles and containing up to 30 hard black, shining seeds.

Goldenseal has a long recognized history for use as a medicinal plant among the native people of the northeastern United States. The Cherokee used it for treatment of cancer, “general debility,” “dyspepsia”, to improve appetite and as a tonic and wash for local inflammations. The Iroquois made a decoction of roots for treatment of whooping cough and diarrhea, liver trouble, fever, sour stomach and gas and as an emetic for biliousness. They also prepared a compound infusion with other roots for use as drops in the treatment of earache and as a wash for sore eyes. Mixed with bear’s grease it was used as an insect repellent. Native people also valued the yellow roots as a stain and dye. Nowadays it is grown throughout the world because of its medicinal value. 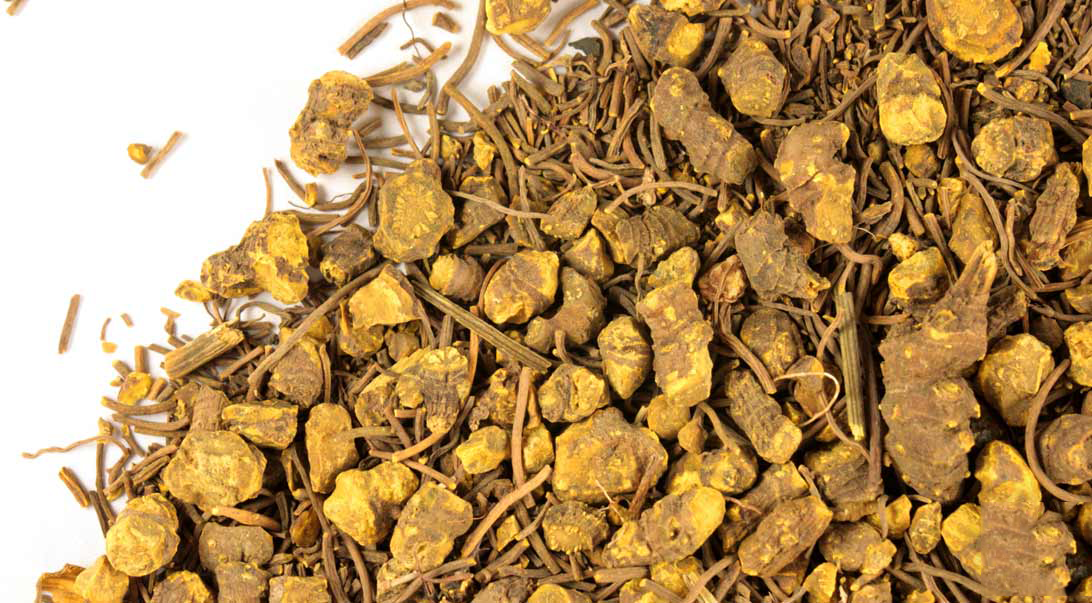 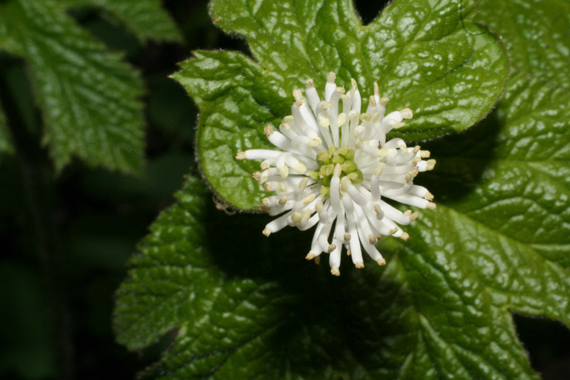 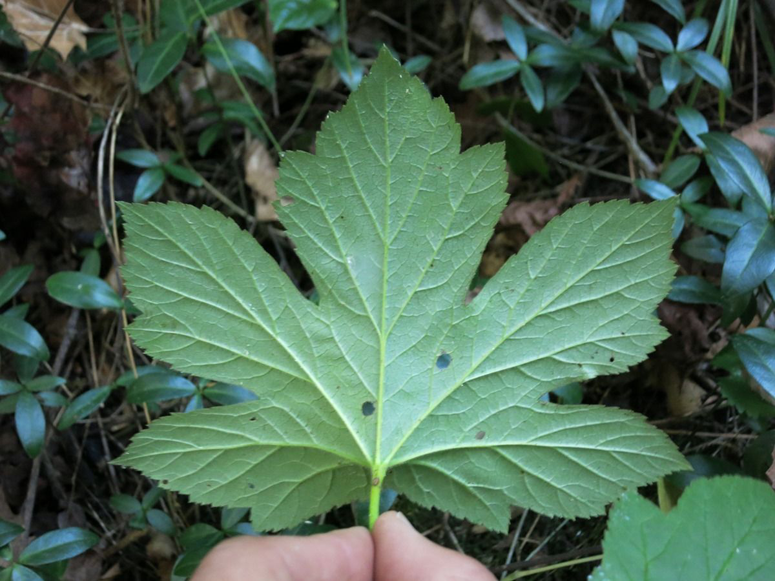 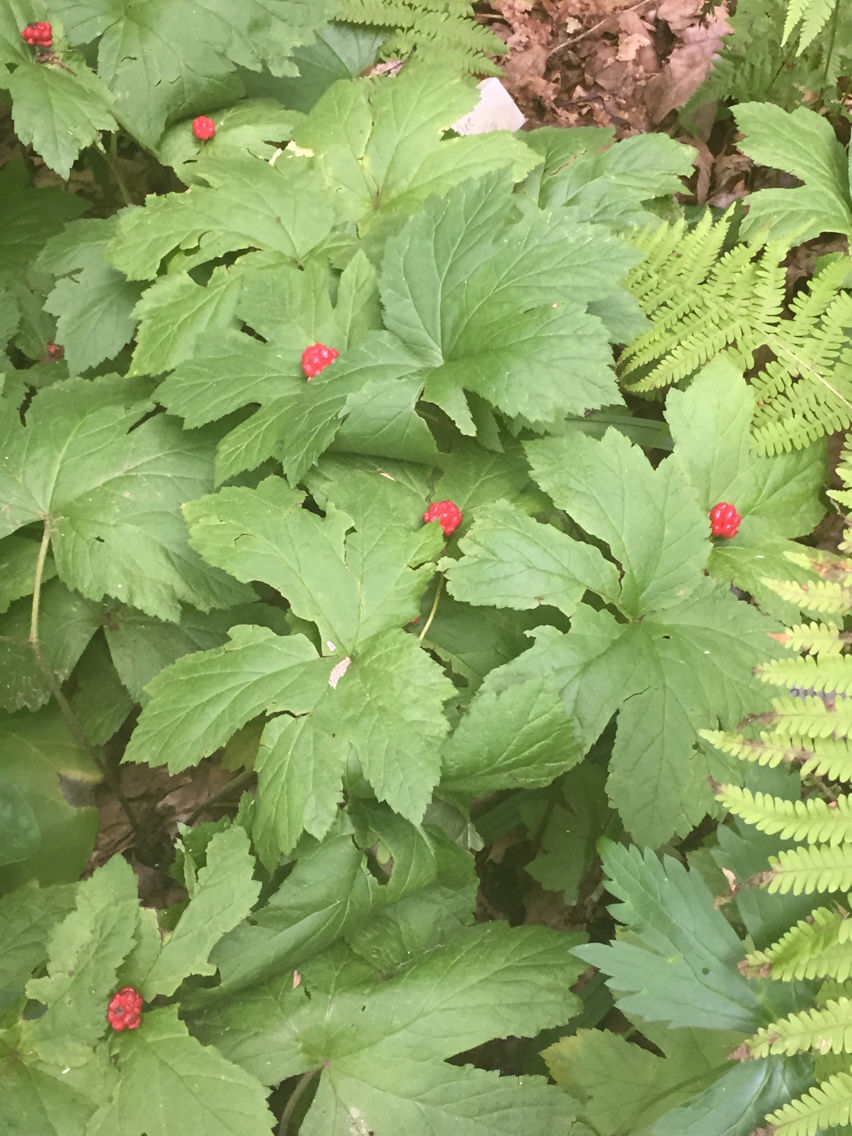 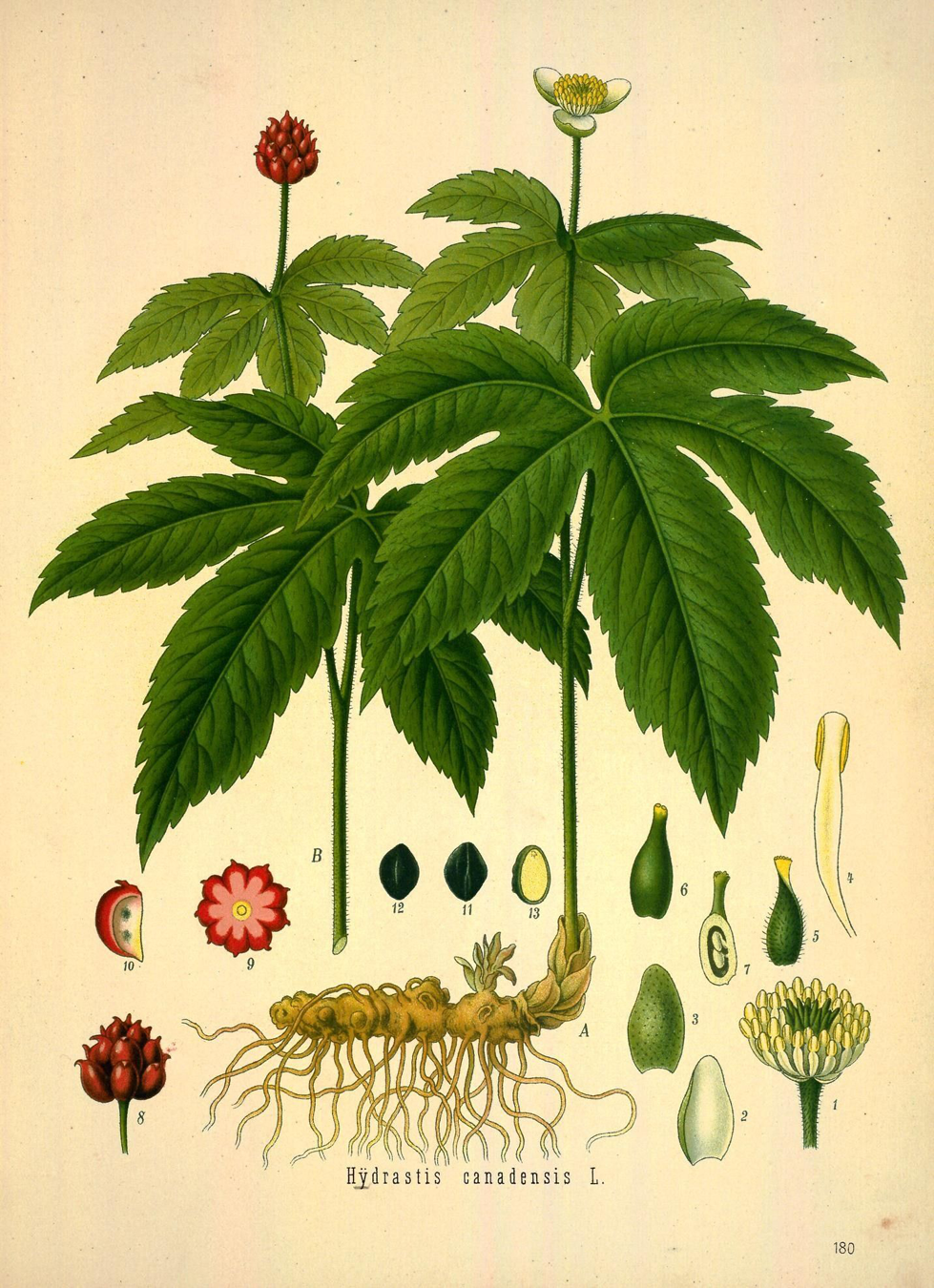 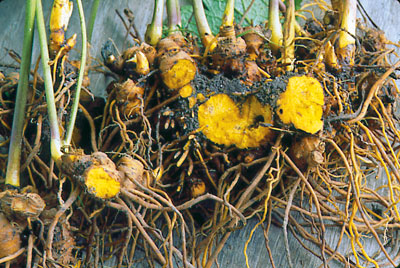 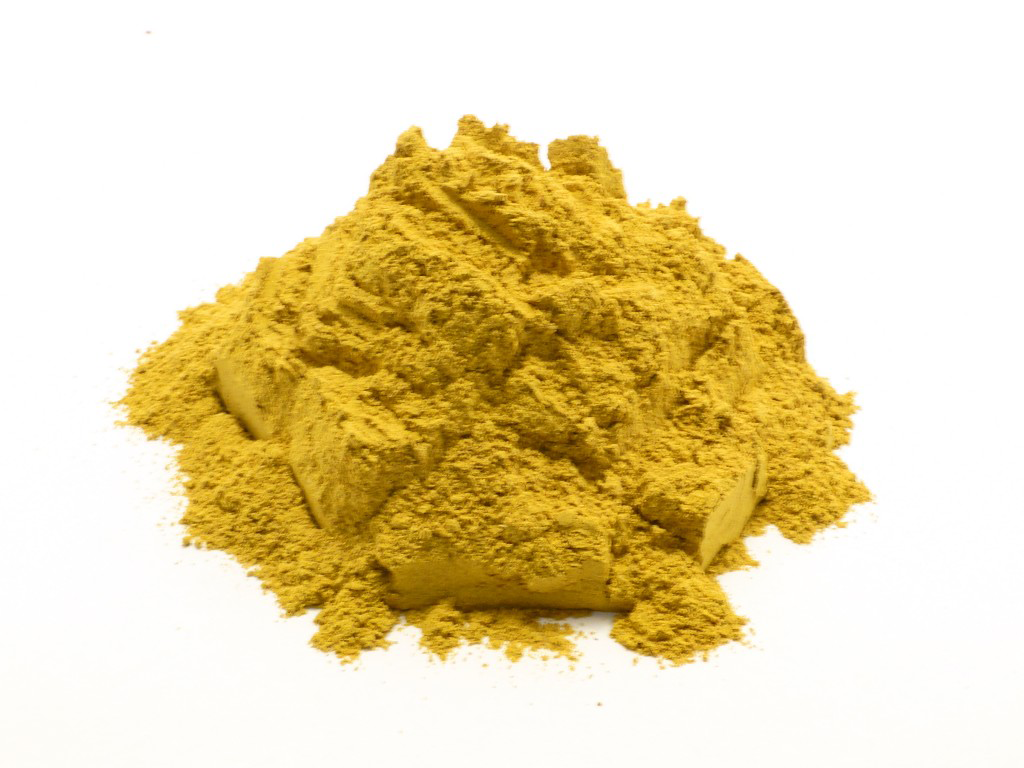 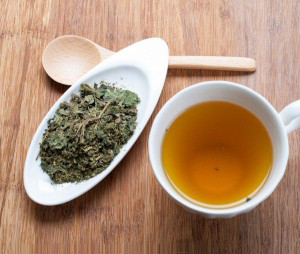 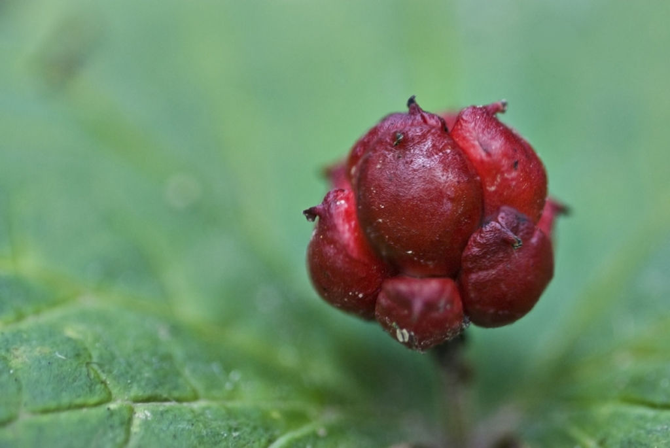 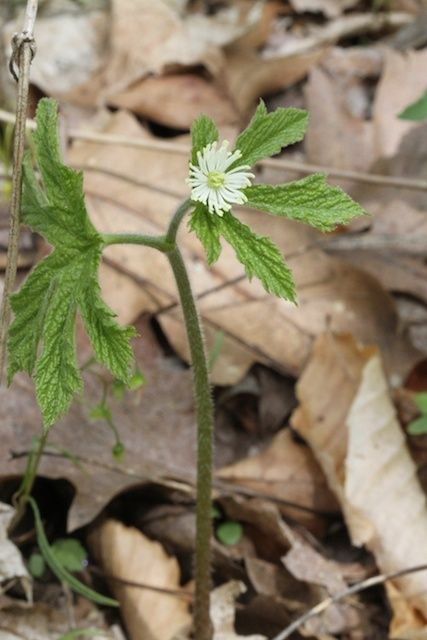 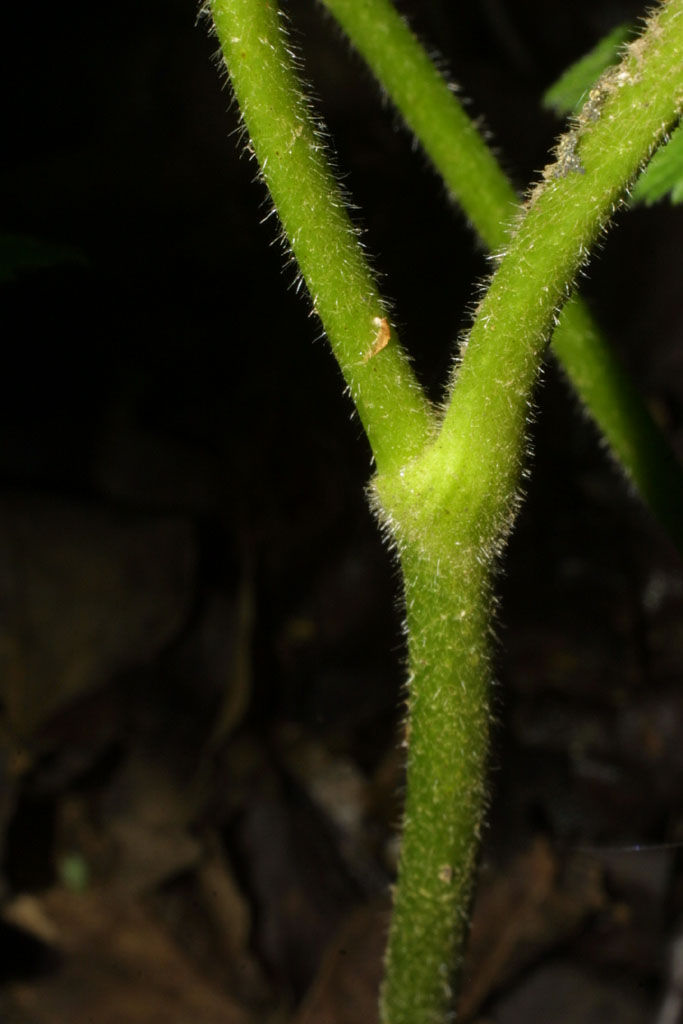 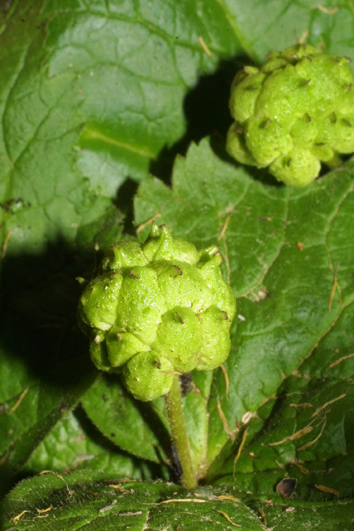 Goldenseal consists of several natural medicinal qualities like antibiotic, astringent and anti-inflammatory properties. Because of these properties, goldenseal is a very good natural and generally safe option when dealing with a wide variety of illnesses. Listed below are some of the popular health benefits of Goldenseal

Native Americans traditionally used goldenseal for a variety of heart conditions. Research published in 2006 set out to study the effects of goldenseal on cholesterol levels. Berbetine, an alkaloids contained in goldenseal is already known to have cholesterol reducing effects and researchers were keen to find out whether the herb was as effective. The results were very positive with the researchers concluding that goldenseal root extract was an effective treatment to reduce levels of LDL or bad cholesterol.

Giardia is a kind of intestinal parasite which can be destroyed by using Goldenseal. Giardiasis is an infection of the intestines with protozoa caused by water and water contaminated by Giardia protozoan. It is marked by nausea, diarrhea, abdominal discomfort and flatulence. Goldenseal is not only used to control Giardiasis in humans but also in dogs.

Goldenseal has been traditionally used to treat infections of the skin and a research published in 2012 confirms the effectiveness of this traditional use. Research was intended to examine the ability of goldenseal to combat the dangerous staphylococcus aureus virus better known these days as MRSA.

5. For Respiratory conditions and Sinusitis

If you are suffering from the common cold, goldenseal is an effective natural remedy. This herb is known to boost the immune system. It consists of essential nutrients and other medicinal properties that help to shorten the periods of your illness before it becomes worse. The herb helps to soothe the mucous membrane so try using tincture as a gargle or just enjoy a cup of goldenseal tea to relieve sore throat. Apart from that it may also be effective in treating sinusitis because it can help loosen the mucus which is blocking up the sinuses.

6. Good for the Joints

Any kind of accumulation in the joints normally hampers their active and effective functioning. Research suggests that goldenseal has the probable to avoid fluids and other substances from accumulating in the joints. People suffering from joint issues can consume goldenseal, under medical supervision, to obtain relief from such conditions.

Impetigo is a highly communicable skin ailment caused by infection of Staphylococcus or Streptococcus bacteria. Regular use of Goldenseal powder on Impetigo sores as a paste can be extremely beneficial in clearing up skin blemishes.

Berberine is already considered a unique cholesterol-lowering alkaloid. However, goldenseal, which contains berberine among other alkaloids, may be better at fighting cholesterol than isolated berberine itself. Due to its highly multiple bioactive components, goldenseal has shown to lower LDL (bad) cholesterol and plasma cholesterol more efficiently.

No sufficient scientific evidence is found regarding the use of goldenseal to treat liver conditions but some people recommend that it is an effective treatment and its use in this regard is long. It normally works by cleansing and also encouraging healthy gland functions by increasing the flow of bile to the digestive enzymes.

Goldenseal is considered one of the effective tools in treating Anorexia Nervosa. This eating ailment changes a person’s body image, which forces them to restrict their food consumption to lose weight. Goldenseal is a strong and effective digestive stimulant and tonic which is used to treat anorexia. This digestive tonic encourages digestion and supports the patient back to health.

Goldenseal has been traditionally used to deal with a multitude of digestive complaints ranging from diarrhea to constipation and bloating. Goldenseal helps to stimulate the appetite making it a very useful supporter following sickness when appetite tends to be suppressed.

Goldenseal has the ability to boost the immune system; people have traditionally used goldenseal to deal with symptoms of chronic fatigue where fatigue is associated to illness or a poor functioning immune system.

Goldenseal is quite beneficial for preventing allergy. People suffering from intense allergic reactions around can feel better because of the anti-allergenic properties of goldenseal. Goldenseal powder helps to ease inflammation of your mucus membranes and calm the nervous system to prevent severe allergic reactions.

Goldenseal either taken internally or applied topically might be an excellent treatment against a range of viral skin conditions as well as to treat warts, shingles and cold sores. Its antibacterial properties make goldenseal a great candidate for the treatment of these complaints.

If you have suffered from canker sores you know how painful they can be. There are many natural treatments for this infection and goldenseal is among the best. It can be either taken internally or applied onto the sore directly to ease pain and fight the bacteria.

Warts are actually small, benign bumps arising over the skin surface in regions such as the fingers, hands and feet. However, the presence of these outgrowths on the genitalia increases risk of skin, penile and cervical cancer. Goldenseal tincture, when used on the affected skin area as a moist compress, has been found to be effective in treating the lumps. Native Americans used Goldenseal as a cure for warts.

Other Traditional uses and benefits of Goldenseal

Recommended Use of Goldenseal

Goldenseal tea could be brought from the local health store and online. The each brands label must be read to know about the recommended dosage. It is recommended to take

The use of goldenseal should not be used for more than three weeks along with the two weeks break between each use. The instructions provided in Goldenseal should be followed properly.