Trending
You are at:Home»Foods»Facts and benefits of Kanpyo 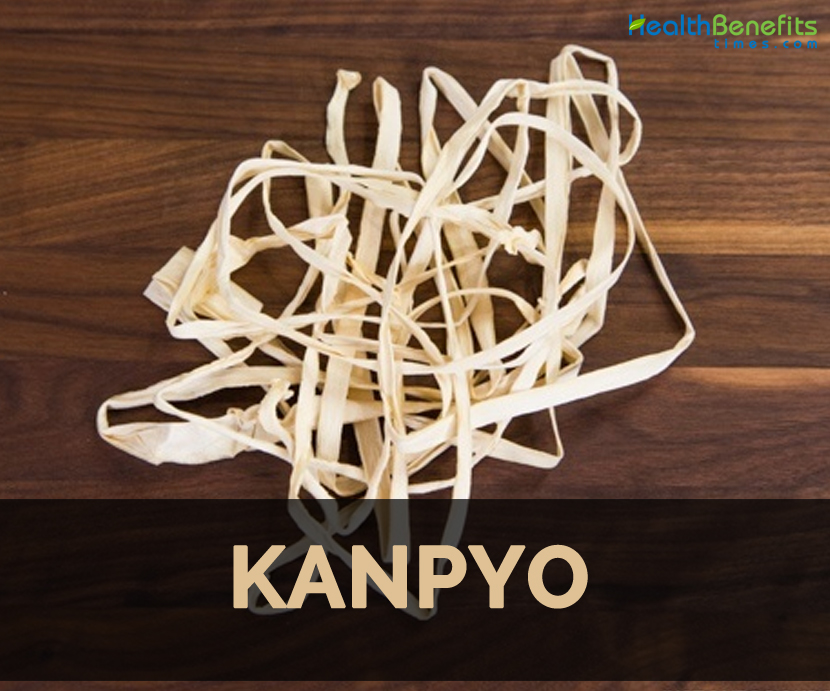 Kanpyo is the trimmed flesh of gourd into thin strips which is dried. The flowers of gourd are white which appears on summer evening and perish overnight. Vines of gourd grow up to 20 meters in height and the flesh grows up to 6 to 7 kg. Originally, it was grown in region Osaka. Usually the gourd is harvested in between Late July and September. Bottle gourd is originated in tropical regions of Asia/Africa. Kanpyo is consumed traditionally in Japan. From ancient times, it has been eaten as food. It was preserved as refined food by upper classes in Edo period. Kanyo has become a valuable and appealing food with tradition and history.

It is an ingredient used in traditional Edo style Japanese cuisine. Kanpyo is used commonly in Futomaki sushi roll. The flesh is cut into strips of 3 mm thick and 3 mm wide and then dehydrated or dried in sun. Due to its delicious taste and uniqueness, it is appeared in various Japanese dishes such as marinated Aemono and stewed Nimono foods. Kanpyo is flavored with sugar, soy sauce, mirin, dashi and other ingredients when using it for sushi. It is used as a crucial ingredient for Futomaki sushi rolls.

Before 280 years, in second year of Shotoku epoch the feudal Tadahide Torii was the owner of land in Omi province acknowledges another land in Simotsuke province. He left Manakuchi for Mibu and orderd to deliver the Kampyo seeds from Manakuchi to Mibu.

There are another versions of kampyo origin, but we don’t have any truth worthy information nowadays. The most famous manufacturer of kampyo is the south of Tochigi prefecture (Ishibashi, Minamikawachi, Kokubunji and Mibu). Among all the areas of Japan, this area is the most acceptable for the kampyo’s cultivation.