Trending
You are at:Home»Foods»Linguine nutrition and facts 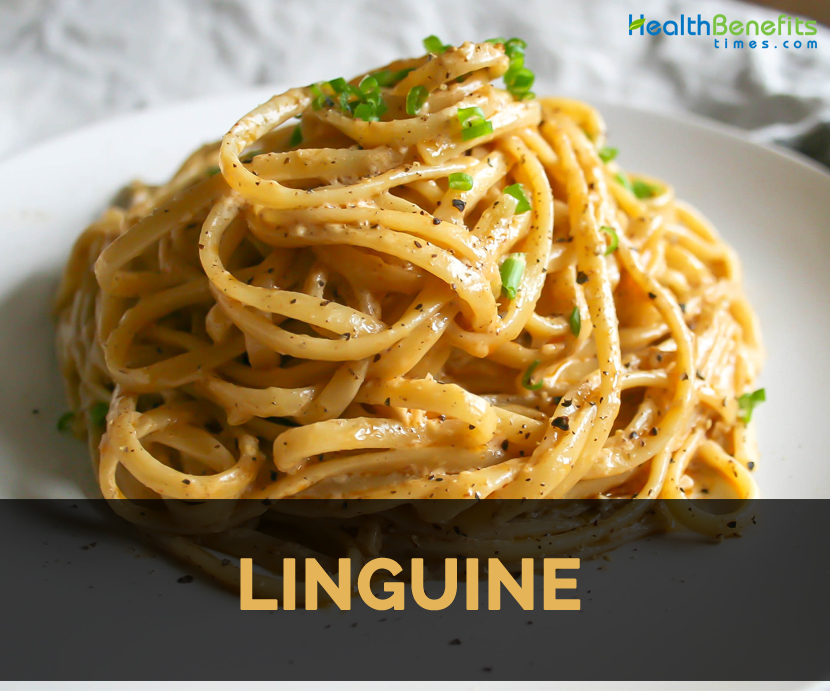 Linguine is a pasta alike to fettuccine and trenette but elliptical in section than flat. It is 4 millimeters (0.16 inch) in width i.e. wider than spaghetti but not as wide as fettuccine. The term linguine refers little tongues in Italian and plural of feminine linguina. Linguine is also known as bavette or trenette. Linguettine is a thinner version of linguine.

Linguine is the well-known and popular types of long dried pasta. It is usually made from durum wheat, semolina and water. It is originated from Genova in Liguria where most popular sauces for this pasta type are either seafood or pesto.

Linguine is originated in Genoa and the Liguria region of Italy. Trenette al pesto and Linguine alle vongole are the popular uses of this pasta type. Linguine is served with pesto or seafood. Typically linguine is accessible in both white flour and whole wheat versions.