Trending
You are at:Home»Herbs and Spices»Health Benefits of Momordica cymbalaria 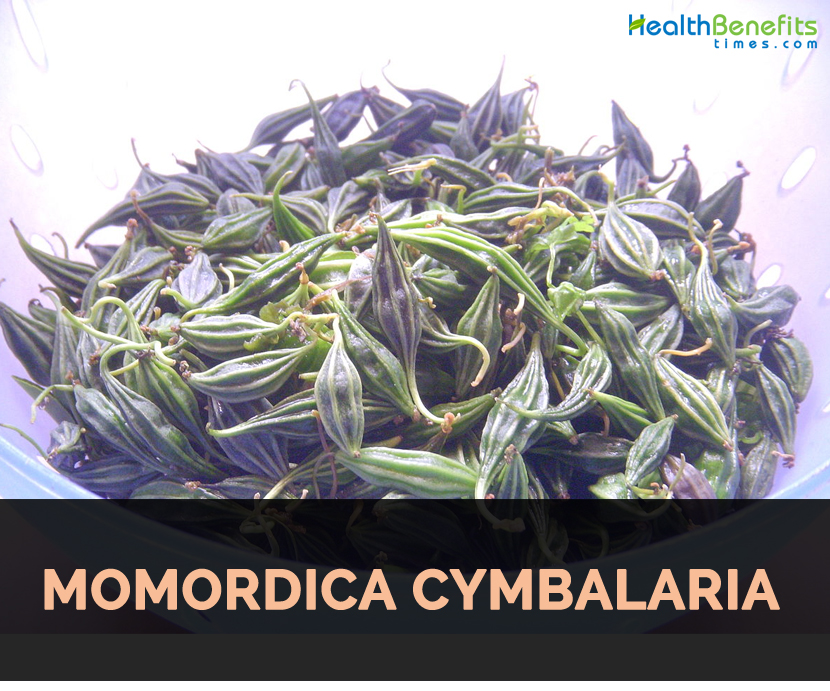 Momordica cymbalaria belongs to Cucurbitaceae family and originated in tropical regions of India and South East Asia. It is regarded as underutilized vegetable crop. It is not cultivated commercially due to lack of planting materials. It is an abundant source of fiber, vitamin C, beta carotene, calcium and iron content. It possess medicinal properties such as hepatoprotective, anti-diarrhoel, nephroprotective, antidiabetic, antimicrobial and anti-allergic activity.

It is a climbing annual and perennial herb having scadent, slender, striate and branched stems. Leaves are deeply cordate at the base, orbicular-reniform in outline and are obtusely lobed having five to seven lobes. Fruits measure 20 to 25 mm long and is pyriform having 8 sharp ridges and with base narrowed into curved peduncle which is dark green, fleshy and ribbed. Seeds are shiny, smooth, ovoid shaped and is about 4.6 mm long. Male flower is filiform, ebracteate, puberulaus, about 5-30 mm long with pale yellow corolla and two stamens. Female flower is solitary on a peduncle of 28 mm length. Roots are perennial, woody and tuberous.

Let’s discuss on the health benefits of Momordica cymbalaria:

Momordica cymbalaria possess hypoglycaemic and anti-diabetic activity. The fruit powder possesses hypoglycaemic activity which was evaluated in normal and alloxan induced diabetic rats. The treatment with fruit powder at 0.25 g/kg of body weight for 15 days showed significant reduction in the levels of blood glucose of diabetic rats. Also the improvement was seen in body weights. The fruit powder lowered anti-diabetic effect in diabetic rats by a mechanism than stimulation of insulin release from the cells. It enhanced the rate of glycogenesis which is indicated by high amounts of hepatic glycogen in diabetic treated group.

It is reported that methanol extract of fruit shows anti-diarrheal activity against castor oil induced diarrhea in rats. The extract resembles similar activity of diphenoxylate, an anti-diarrheal drug when tested at 200, 400 and 600 mg/kg and lower the frequency of defecation and wetness of fecal droppings in comparison to untreated control rats.

Momordica cymbalaria has chloroform, petroleum ether, aqueous and ethanol extracts which inhibits the effect of Staphylococcus aureus, Escherichia coli, Klebsiella pneumonia, Aspergillus niger and Pseudomonas aeruginosa in comparison to standard antibiotics. It indicates that it is effective to prevent these organisms.

The aerial parts of Momordica cymbalaria have methanol extract that showed anticancer properties in comparison to standard cyclophosphamide against ehrilich ascites carcinoma induced cancer in mice.

Generally it is propagated through tuberous roots.