Trending
You are at:Home»Foods»What is the Potato pancakes and its nutrition? 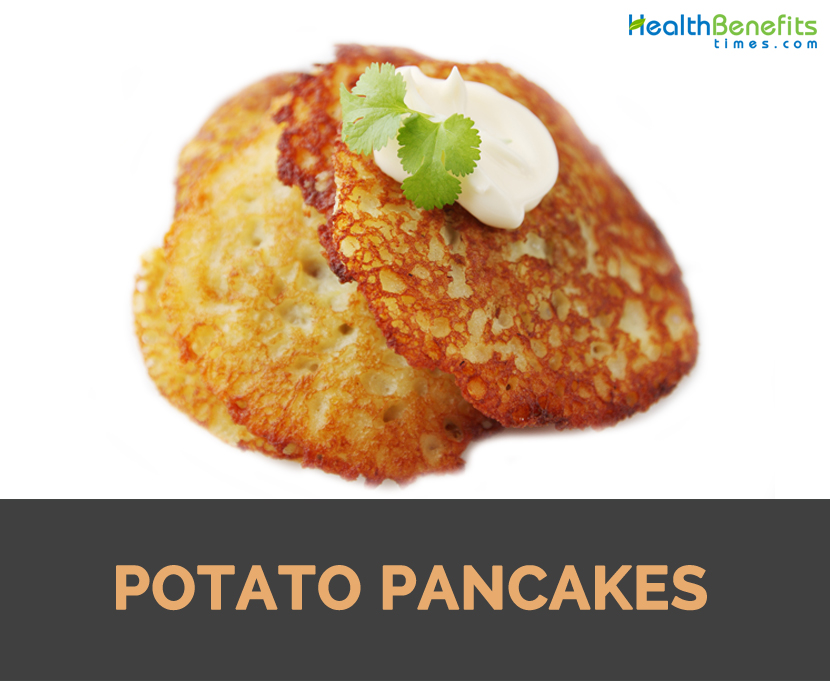 Potato pancakes are made from raw or cooked mashed potatoes. Potato pancakes are also caked deruny, draniki, boxties, raggmunk and latkas which are shallow fried pancakes of grated or ground potato, matza meal/flour and binding ingredient such as applesauce or egg which is often flavored with grated garlic/onion seasoning. It could be topped with various condiments such as savory, sweet or could be served plain. Sometimes, dish is made from mashed potatoes for making pancake shaped croquettes. Variations could add sweet potatoes.

How to make Potato pancakes?