Trending
You are at:Home»Fruits»Traditional uses and benefits of Saskatoon 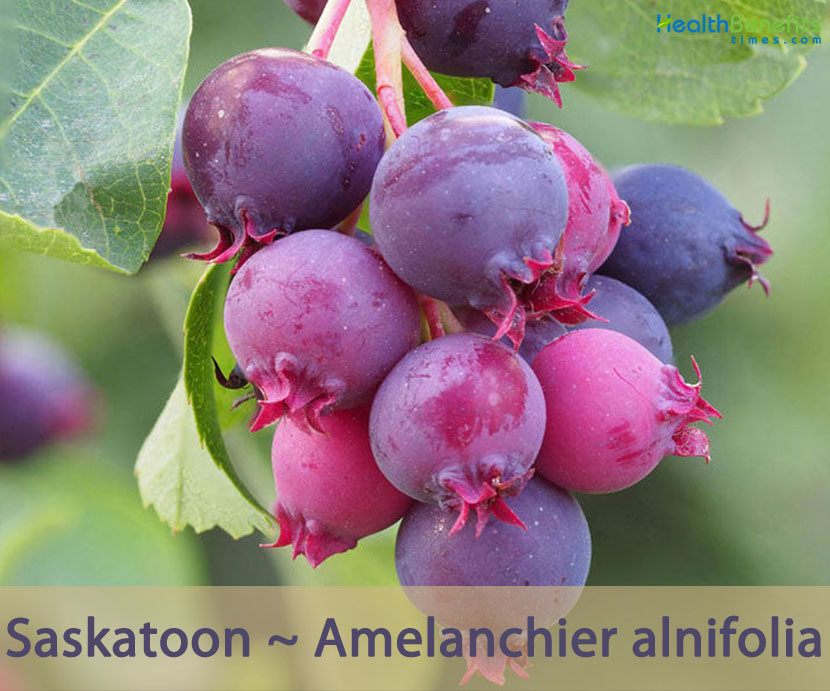 The name saskatoon is derived from the indigenous Cree word misâskwatômina, and the city of Saskatoon, Saskatchewan, is so-named because of the abundance of this wild edible plant found there prior to urbanization. Specific epithet means leaves like the genus Alnus in reference to the similarity of the leaves of this species to common alder. The First Nations peoples had great respect for the saskatoon that was dried and mixed with buffalo tallow to be stored and consumed over the long frigid winters as a vital energy and survival food called pemmican. Pemmican, hundreds of years old has been discovered to have many of the same health virtues of the original berry-buffalo fat formulation.

Saskatoon is a low growing, deciduous, medium to large multi-stemmed shrub or small tree that normally grows about 1–8 m (3–26 ft.) tall and rarely to 10 m or 33 ft., in height. The plant is found growing in thickets, woodland edges, and banks of streams, canyons and hill-sides from plains to subalpine, moist to dry forest, grasslands, meadows and avalanche slopes. The plant prefers rich, coarse, light textured, well-drained loamy soil with high organic matter, but will grow in any sandy or clayey soil that is not water-logged or too dry. It is quite drought tolerant and is also salt tolerant. It thrives in a sunny position or semi-shade. Twigs are slender and smooth, reddish brown when young but turning gray-brown with age. Buds are about 1/2 inch long with red, imbricate scales that are hairy along the margin.

Leaves are alternate, simple, oval-obovate to nearly round, 2–5 cm ((3⁄4–2 in) long  and 1 –4.5 cm ((1⁄2–1 3⁄4 in) wide, pinnately-veined with a rounded to sub-acute apex, rounded bases, finely serrated margin, and born on 1–2 cm long slender petioles. Very young leaves are conduplicate in bud; less than half-expanded and unfolded, pubescent abaxially. They are usually gray-pubescent on the lower surface. Foliage turns variable shades of yellow in autumn. The foliage is browsed by deer, elk, rabbits, and livestock.

Flowers are white, with five quite separate petals. They are about 2–3 cm (3⁄4–1 1⁄4 in) across, and appear on short racemes of three to 20 somewhat crowded together, in spring while the new leaves are still expanding. Flower has campanulate hypanthia, pubescent sepals erect or loosely spreading after flowering, 5 white broadly linear to oblong, 1–2 cm petals, 15–20 stamens, glabrous to pubescent ovary with 5 styles. Flowering normally takes place in between April through July.

Fertile flowers give way to small, globose to subglobose, edible berries that are 5–15 mm (3⁄16–19⁄32 in) in diameter, glabrous, wax-coated, juicy and sweet.  The fruit ripen to dark purplish-black in June and resemble blueberries in size, color and taste. Fruit usually consists of nine seeds per pome. Seeds are 3 mm long and 2 mm wide, ovoid to kidney-shaped, little bumps on leathery surface and red-brown colored. Berries may be eaten fresh off the plant or used in jams, jellies and pies. They are eaten by wildlife including birds, squirrels and bears. It is also a larval host to the pale tiger swallowtail, two-tailed swallowtail, and the western tiger swallowtail. 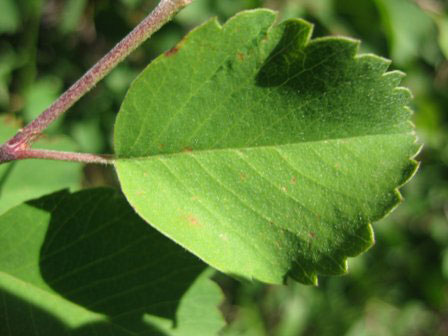 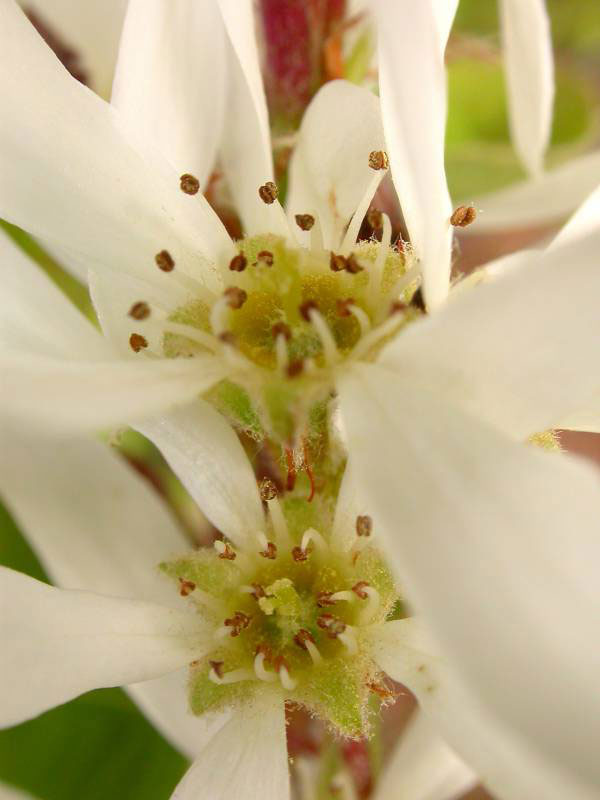 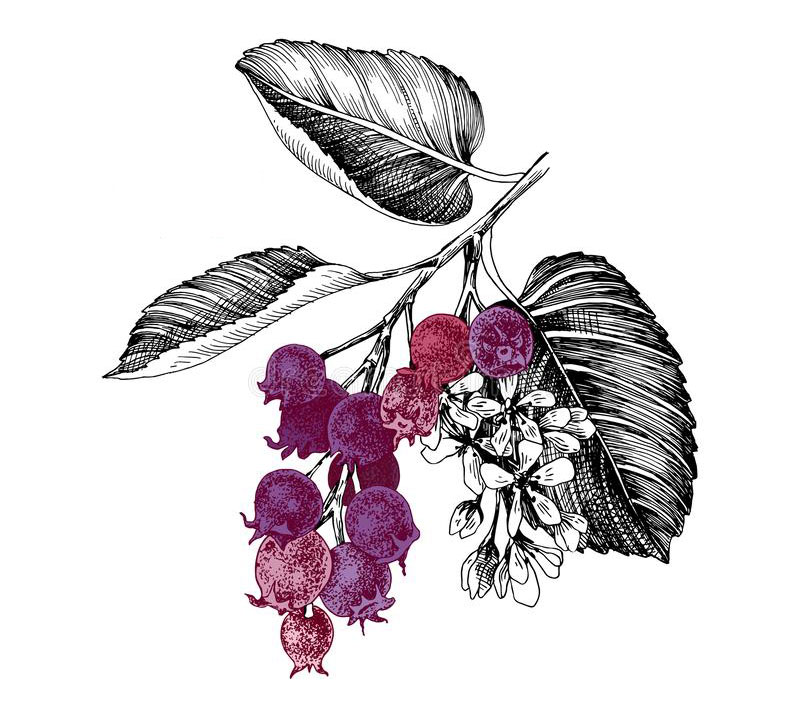 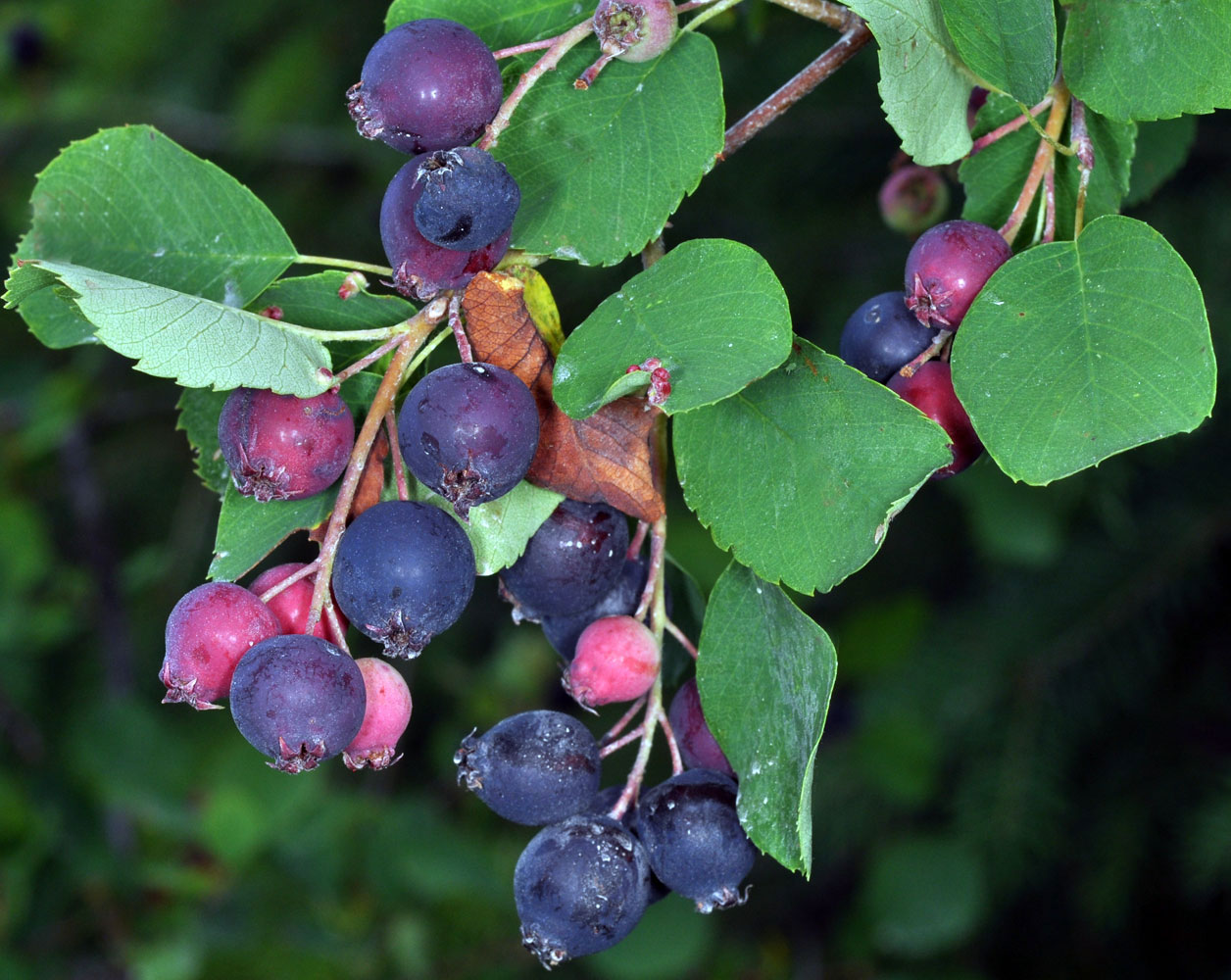 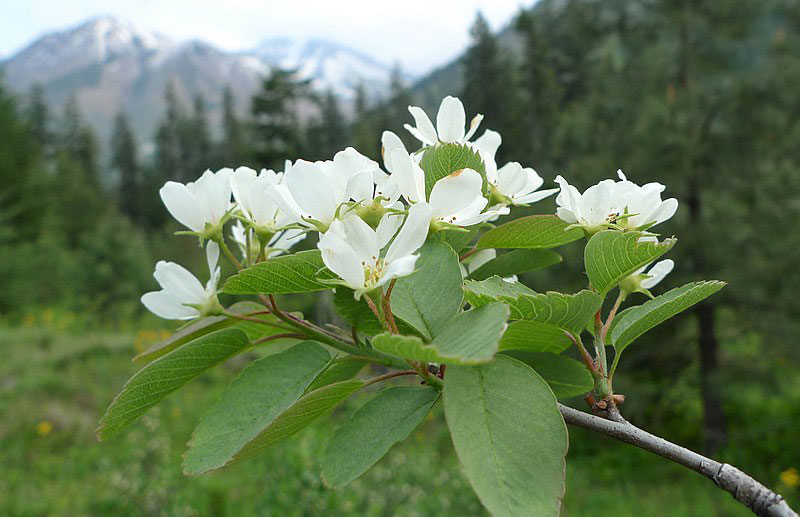 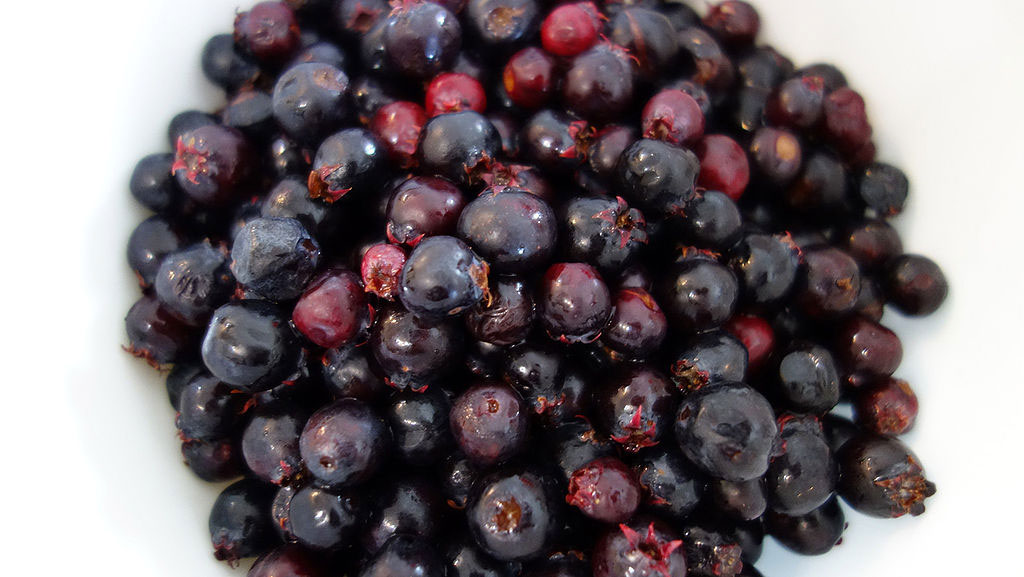 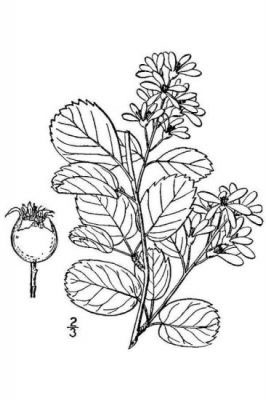 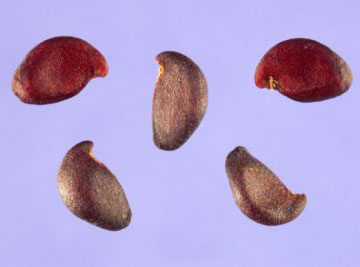 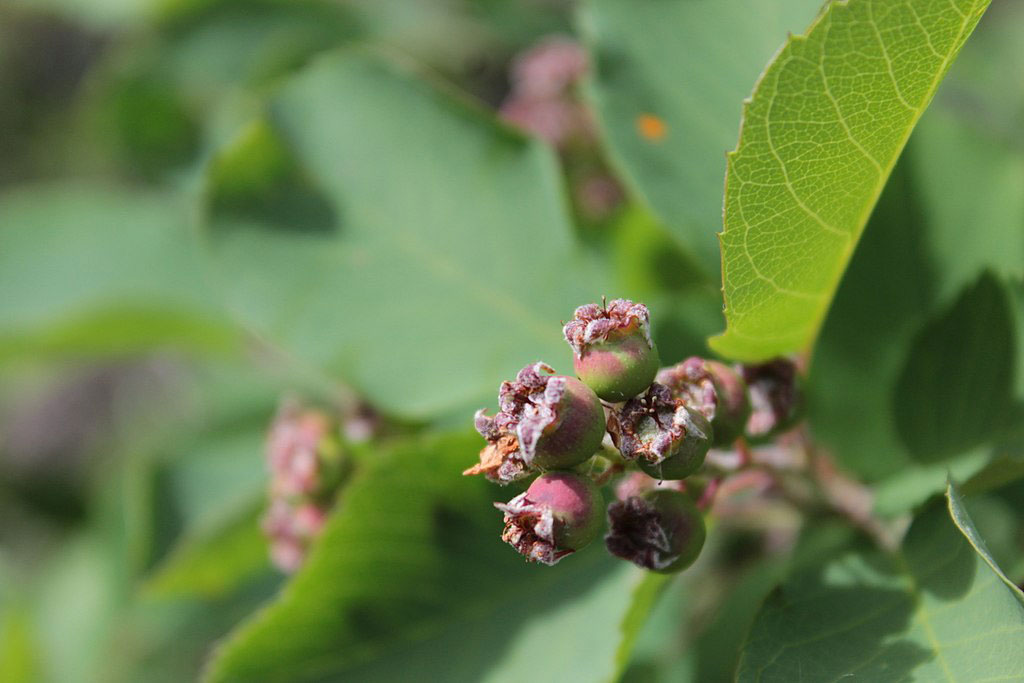 It is believed that Native Americans used the Saskatoon berries for medicinal purposes. Today, Saskatoon berries are vastly admired for their antioxidant content, specifically phenolics, flavonols and anthocyanins. Flavonoids are antioxidants that may have inflammatory, anti-diabetic and chemo-protective effects. Listed below are few of the health benefits of Saskatoon

1. Slow Down the Aging Process and Trigger Better Genetic Signaling

Saskatoon berries have a higher level of anthocyanin than most berries. Research show that the anthocyanins found in berries may have health benefits such as anti-inflammatory qualities and reducing age-associated oxidative stress. Anthocyanin antioxidants found in berries may also improve cardiovascular disorders and degenerative diseases, as well as improve neuronal and cognitive brain functions, ocular health as well as protect genomic DNA integrity. Research has showed that Saskatoon berries may be beneficial for fruit growers as well as nutraceutical manufacturers because of their high anthocyanin content. Overall, berry anthocyanins may promote disease prevention by triggering genetic signaling in humans.

2. Age Gracefully on the Inside and the Outside

Perhaps the most important part of the Saskatoon berry that sets it apart from other berries is its ability to be successful in treating neurodegenerative diseases such as Parkinson’s disease, Alzheimer’s disease, as well as ischemic diseases and aging effects. This is because the anthocyanins in berries are special and consists of anti-oxidative, anti-inflammatory, anti-viral and anti-proliferative properties. These qualities are especially important in brain health as oxidative stress and inflammation are involved in aging and neurodegenerative diseases. As we get older, the brain is more susceptible to oxidative stress and tissue damage than any other organ. The anthocyanins found in Saskatoon berries have been shown to protect against brain damage and improve memory, learning and cognitive function.

Traditional uses and benefits of Saskatoon 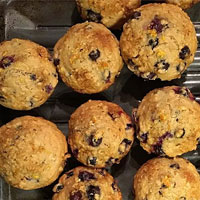 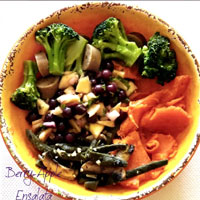 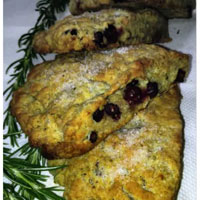