Trending
You are at:Home»Herbs and Spices»Health benefits of Sweet Flag 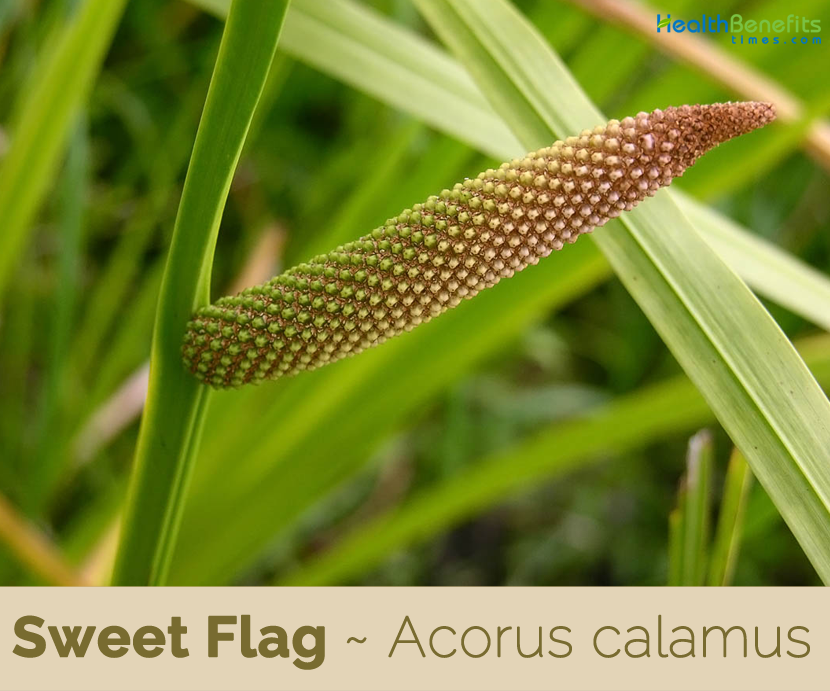 Acorus calamus also called sweet flag or calamus, among many common names is a species of flowering plant, a tall wetland monocot of the family Acoraceae, in the genus Acorus. It is a popular plant with many names including Beewort, bacc, bitter pepper root, calamus root, flag root, gladdon, myrtle flag, myrtle grass, myrtle root, myrtle sedge, pine root, sea sedge, sweet cane, sweet case, sweet cinnamon, sweet grass, sweet myrtle, sweet root, sweet rush, sweet sedge, muskrat root, muskrat root, rat root, sweet calomel, sweet flag, sweet calamus, cinnamon sedge and others. The plant is native to India, central Asia, southern Russia and Siberia, and perhaps Eastern Europe. It also grows in China and Japan.  It is the rhizome which can be utilized as a traditional medicine since a long time ago by our ancestors. The name “sweet flag” refers to its sweet scent and its similarity to Iris species, which are generally known as flags in English since the late fourteenth century.

The generic name is the Latin word acorus, which is derived from the Greek άχόρου (áchórou) of Dioscorides. The word άχόρου itself is supposed to have been derived from the word κόρη (kóri), which means pupil (of an eye), because of the juice from the root of the plant being used as a remedy in diseases of the eye (‘darkening of the pupil’). The specific name calamus is derived from Greek κάλαμος (kálamos, meaning “reed”), which is similar to Latin culmus and Old English healm (meaning “straw”), and derived from Proto-Indo European kole-mo- (thought to mean “grass” or “reed”). The Arabic word قَلَم (qálam, meaning “pen”) and Sanskrit कलम (kaláma, meaning “reed used as a pen”, and a sort of rice) are thought to have been borrowed from Greek.

Sweet flag is a semi-evergreen, deciduous, spreading, marginal aquatic perennial hairless herb that grows approximately 30–100 cm (12–39 in) tall. The plant is found growing in moist soils and shallow water in ditches, marshes, river edges, ponds, small lakes, swamps, and wetlands. Normally the plant prefers to grow well in clayey and sandy loam soils as well as in alluvial soils. The plant has long creeping roots which spread out just below the surface of the soil. Creeping and extensively branched, aromatic rhizome is cylindrical, up to 2.5 cm thick, purplish-brown to light brown externally and white internally. Scented leaves and rhizomes of sweet flag have been traditionally used as a medicine and the dried and powdered rhizome has a spicy flavor and is used as a substitute for ginger, cinnamon and nutmeg for its odor. Foliage and rhizomes are sweetly fragrant when bruised, hence the common name.

Leaves are thick, erect and are very similar in appearance to the iris but edges are crimped. Leaves of A. calamus has a single prominent mid vein and then on both sides slightly raised secondary veins and many, fine tertiary veins. This makes it clearly distinct from Acorus americanus. Leaves are between 0.7 and 1.7 cm wide, with average of 1 cm. The sympodial leaf of a calamus is somewhat shorter than the vegetative leaves the leaves are free, alternate, green and wavy.1-3 in seeded having a thin testa which is cylindrical in shape and green in color.

Flower is very rarely grown in this plant if grown than it is 3- 8 cm long, cylindrical in shape, greenish brown in color and covered with the multitude of rounded spikes. The flowers are small, sessile and densely packed and 5-10 cm of spadix. The spadix, at the time of expansion, can reach a length between 4.9 and 8.9 cm. Flowers from early to late summer depending on the latitude, grows wild in marshy places up to 2000 m altitude in the Himalayas, Manipur, Naga Hills and in some parts of south India.

The fruit is a berry filled with mucus, which when ripe falls into the water and thus disperses. The fruits contain few seeds. Flowering and Fruiting occurs in July. Even in Asia, it fruits sparingly, and propagates itself mainly by growth of its rhizome, forming colonies.

Fragrant underground portion (the rhizome) has been used medicinally since biblical times. Popular European books on medicinal plants touted calamus as a “wonder drug.” However, because of an association between asarones and the development of tumors in animals, the use of calamus and its extracts is prohibited in the US. Maximum limits for beta-asarone content in food and beverages have been set by the European Commission. It has been used in traditional medicine for the treatment of digestive disorders and childhood colic. Infusions of the rhizome have been suggested for the treatment of fever, and chewing the rhizome has been said to relieve irritated throats and to remove the odor of tobacco. It is central to the Ayurvedic medical system as an aromatic, stimulant, bitter tonic, and expectorant and has been used as an emenagogue. The A. calamus used in Ayurvedic medicine has undergone “sodhana,” a process of detoxification. It has been used by Native Americans to soothe toothache and headache. Calamus has been promoted on the Internet as a hallucinogen. 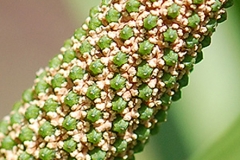 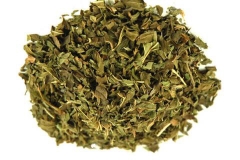 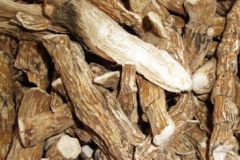 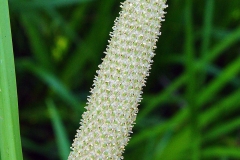 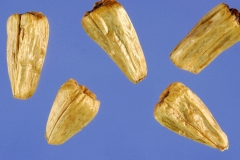 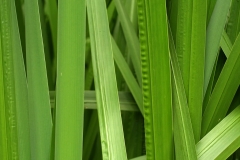 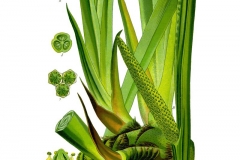 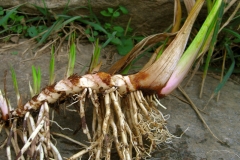 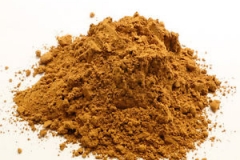 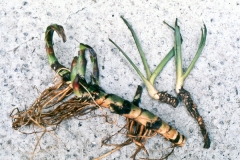 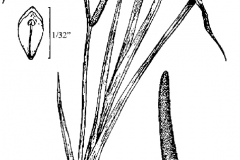 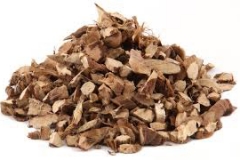 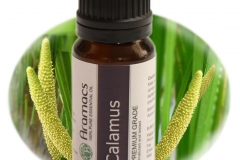 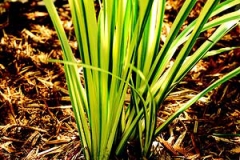 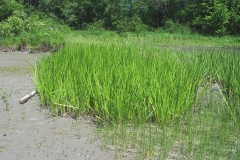 Sweet flag or acorus calamus is a perennial herb that has wonderful medicinal values. It is used in all medicinal systems of India. It is an important ingredient of most of the Ayurvedic medicines. It is stated in many of the great Greek classic literature on medicine. Hippocrates, who is called Father of medical science, and Greek physicians like Theophrastus and Dioscorides have mentioned about the uses of sweet flag. Here are some of the benefits of using this herb:

Sweet flag gives instant relief in stomach problems. It clears a swollen and uncomfortable stomach and also relieves headache related with weak digestion. It clears flatulence and colic and increases appetite. Sweet flag root is burnt and ground as a paste in coconut oil and is applied on belly in cases of pain. It has been found useful in treating anorexia, gastritis and gastric ulcers.

Habit of smoking and chewing tobacco is not easy to break, but with calamus root, getting rid of this unhealthy addiction may not seem that difficult. This is because chewing the calamus root can create a dislike for the taste of tobacco. Thus, those who are addicted to illegal drugs may be able to quit this habit by using this root. Also, chewing or smoking tobacco often leaves you with bad breath. Chewing the root can also help eliminate the odor of tobacco.

Sweet flag is useful to treat mouth ulcers, bad odors, coating and rawness of tongue causes by inflammation. Small piece of sweet flag can be rubbed on the tongue. Ayurveda considers it as an anesthetic for toothache.

Aroma of calamus root which is able to give a calming sensation can be useful to treat insomnia. This sedative effect may help to relax your body and your mind which also connects to your sleep quality.

Along with decoction of licorice root, it has positive impacts upon cough, fever and colic in children. For dry cough, one should chew its root. When a small piece of Sweet Flag is chewed for few minutes, it gives relief to sore-throat. In nut shell, Sweet Flag clears the respiratory channels and removes the obstructions whenever comes in the normal functioning of the respiratory process.

Paste of sweet flag can be applied externally in cases of skin disorders like eczema, ringworm and scabies. In Siddha system, it is used as disinfectant for vaginal infection and fetid discharges, mainly after delivery of child.

It is effective against asthma and chronic bronchitis. It is recommended to take two glasses of calamus tea, which leads to vomiting. The herb is a broncho-dilator and acts as a chest decongestant. This formulation clears the passage by expelling out impurities from the stomach and lungs and with the result, the patients feel comfortable and easy.

To boost your sex life, take the equal proportions of Vacha, Withania Somnifera, Piper longum, Saussurea Lappa and Datura Seeds. Make a fine powder and sieve it. Now take 1 gm. of it and mix with 10 gm. of cow’s ghee and rub gently on the male genital organ daily. Continue for 21 to 41 days.

Calamus root is also able to prevent the infections, either internally or externally. Due to its toxic substance, the calamus root can be an antibiotic which does not allow any biotic growth.

12. Enhance the quality of Memory

Efficacy of calamus root doesn’t stop till here, according to several sources, calamus root is also able to boost the quality of memory, particularly to those people who experience the brain injury or have lost memory due to aging, trauma or any other reason.

Sometimes, there are certain diseases that can cause a trouble of the respiratory such as bronchitis, sinusitis etc. In order to treat them, you can use the calamus root. Calamus root is effective to relieve the respiratory by inhaling its aroma. It also can treat circulatory and respiratory system.

Children generally have this problem. Sweet flag is very effective to solve this problem. Pinch of powder can be given in the morning and evening to clear the intestines of children.

Small piece of sweet flag is ground as paste and somewhat heated. Then this warm paste is applied externally on the painful areas. It relieves pain in cases of joint pain, arthritis and even piles.

When not to take Sweet Flag or Calamus

Beta-isoasarone present in Sweet Flag might cause cancer. However, the presence of this chemical vary in different varieties of the herb. Do check with the seller if the type you are buying is for consumption through mouth

Avoid using this herb when a woman is pregnant or she is breast-feeding her baby. It might not be safe for the child in womb or the infant

Before or after Surgery

Sweet Flag acts on the central nervous system and promotes sleep. This could act negatively if taken after surgery with other medications which have similar effects. It is best to avoid this herb 2 week before and 2 week after surgery.

Do not take this herb with medication for depression. Most of the depression medicines do not go well with it.

Do not take it if you are taking any medication which causes drowsiness or makes you sleep (sedatives). This herb causes sleepiness and taking it along with other drugs which also have similar effects might not be good.

Bach or Calamus might increase stomach acid. If you are suffering from Gerd or acidity problem then it is best to avoid this herb.