Trending
You are at:Home»Vegetables»Health Benefits of Maitake Mushrooms 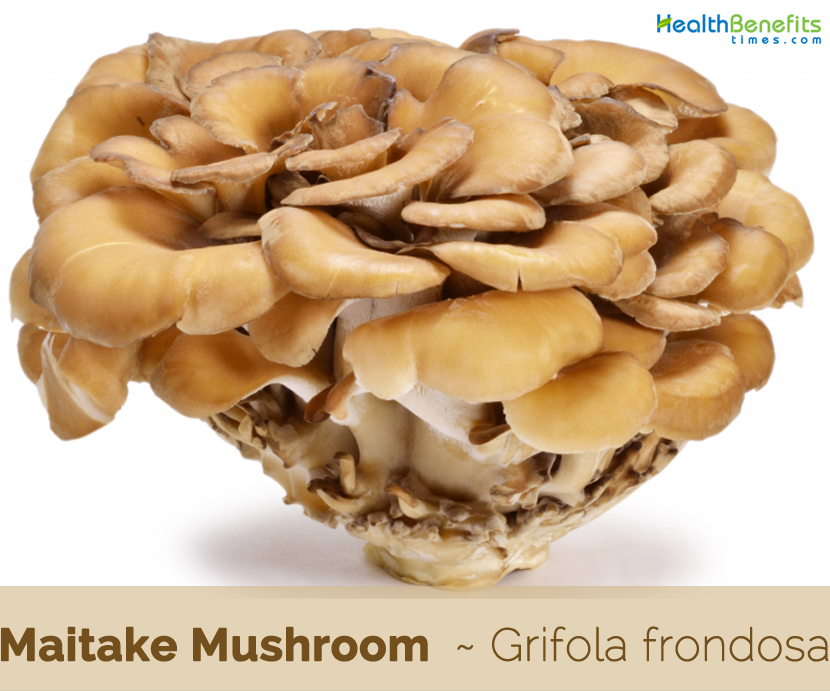 Grifola frondosa commonly known as Maitake mushroom is actually a polypore mushroom that grows in clusters at the base of trees, particularly oaks. The mushroom is commonly known among English speakers as hen of the woods, hen-of-the-woods, ram’s head and sheep’s head. Maitake actually means dancing mushroom in Japanese and the mushroom is said to have gotten its name after people danced with happiness upon finding it in the wild, such are its incredible healing properties. The mushroom is native to northeast Japan, Europe, Asia, and the eastern side of the North American continent. It grows at the bottom of Oak, Elm, and Maple trees. Few of the popular common names of the mushroom are Huishu hua, king of mushrooms, dancing mushroom, monkey’s bench, shelf fungus, Hen of the Woods, Sheep’s Head, Ram’s Head, Huai Su Gu and cloud mushroom.

Maitake mushrooms have been utilized as both food as well as medication in Asian ethnicities for a lot of hundreds of years, and therefore are referred to as having a rich, natural taste. In North America, fresh as well as dried maitake mushrooms can be found at several supermarkets and also markets, and the extract maitake D-fraction is sold as a health supplement. They may be cooked as well as consumed with lots of foods and may now be discovered as dietary supplements as well as powders. Recent scientific studies are displaying their numerous immune system as well as anticancer advantages.

Maitake mushroom is a perennial fungus that often grows in the same place for a number of years in succession. It occurs most productively in the northeastern regions of the United States, but has been found as far west as Idaho. The plant is mostly found growing on dead or dying trees or stumps, usually around the base. It can also be found growing from submerged, rotting roots. It prefers oaks, though it will also grow on other deciduous hardwoods such as elm, maple, blackgum, and beech. It tends to prefer the boundary between wooded areas and open fields. It can be cultivated and even grown at home, though it typically won’t grow as well as it does in the wild. You can usually find the mushroom during the autumn months. They grow in clusters near the foot of oak trees and can reach 50 cm in base diameter. One bunch can weigh up to 45 kg (100 lbs). Maitake has a rippling, flowery appearance resembling dancing butterflies, hence one of its common names, dancing mushroom.

Maitake Mushroom grows from an underground tuber-like structure known as a sclerotium, about the size of a potato. Fruiting body, occurring as large as 100 cm, is a cluster consisting of multiple grayish-brown caps which are often curled or spoon-shaped, with wavy margins and 2–7 cm broad. The under surface of each cap bears about one to three pores per millimeter, with the tubes rarely deeper than 3 mm. The milky-white stipe (stalk) has a branchy structure and becomes tough as the mushroom matures. Although maitake mushroom has been used in Japan and China for thousands of years, it has only gained popularity in the United States over the last twenty years. People are praising this mushroom for its promises of health, vitality, and longevity. Since maitake mushroom is a polypore, they have no gills on their undersides and release spores through small pores.

Maitake mushrooms have been consumed for 3,000 years and have been valued for most of their legendary properties in China and Japan. Maitake’s scientific name, G. frondosa, is derived from an Italian mushroom name referring to the gryfon, a mythological half lion and half eagle beast. Many years ago in Japan, the maitake actually had monetary value and was worth its weight in silver. In the late 1980s, Japanese scientists identified the maitake as more potent than lentinan, shiitake, suehirotake, and kawaratake mushrooms, all of which are used in traditional Asian medicine for immune function enhancement.

Maitake mushrooms have been used as medication in Japan for hundreds of years. They’re traditionally considered to encourage durability. Research on the mushroom’s health advantages started in Japan within the 1980s and is now being followed in the United States. Maitake’s include a polysaccharide (many sugar molecules joined together to create one huge molecule) known as beta glucan. Listed here are a few health advantages of Maitake mushroom

Maitake mushrooms consists of good amount of polysaccharide fiber known as beta glucan which works to activate and increase creation of particular defense mechanisms cells like macrophages, T-cells, natural killer cells, and neutrophils. These types of cells might help the immune system to work more rapidly as well as efficiently combat illness. This could enhance your resistant against sickness as well as disease, strengthen your body remove cellular wastes, and accelerate recovery from tissue damage.

Maitake mushrooms are extremely popular because of their anti-cancer qualities. They’re abundant with polysaccharides as well as polysaccharide-protein complexes which the body utilizes to build-up the immune system. The mushroom’s beta-glucan content works to encourage essential defense mechanisms functions, efficiently activating white blood cells which combat microorganisms that can cause disease, which includes cancer. Maitake mushrooms boost the activity of cells, inducing the manufacture of interleukins along with other lymphokines which have chemo protective effects, slower tumor development, and help to prevent multiplication of cancer.

Regular intake of maitake mushrooms might manage blood glucose levels as well as blood lipid levels. The polysaccharide compounds which encourage the effectiveness of the immune system may also be efficient at assisting to manage blood pressure level, glucose, insulin and lipids. This particular effect is very therapeutic for individuals with diabetes or hypoglycemia. Individuals with Type 2 Diabetes might also take advantage of maitake mushrooms. Researchers have researched a particular, high-molecular polysaccharide in maitake known as the X-fraction. Research results declare that maitake mushrooms can help to eliminate insulin resistance while increasing insulin sensitivity.

Intake of maitake mushrooms may help reduce blood pressure levels, lower total levels of cholesterol, and help maintain weight which could all help to encourage heart health. The mushrooms are found to be lower in calories and high in fiber which could boost satiety as well as feelings of fullness. Research by Yokota gave 30 overweight adults every day doses of maitake mushrooms without changing any other aspects of their diets. At the conclusion of the 2-month research, participants lost around 7 to 13 lbs.

Maitake mushrooms can encourage weight reduction and reduce obesity whenever joined with light exercise. Research on overweight rats fed maitake powder discovered that after 18 weeks, they’d lost weight in comparison with controls. They include no cholesterol, no fats and therefore are really low carbohydrates. Additionally, the high lean protein content of mushrooms assists burn cholesterol in digestion.

How to Choose Fresh Maitake Mushrooms at the Store

As with all mushrooms, search for maitake which are firm (not soggy or wilted) and free of spots. Do not buy mushrooms which smell yeasty. Maitake’s must have a tight bunch of ruffles, instead of looking loose or even sparse. They might vary from brown to gray.

Purchase whole mushrooms instead of pre-cut to increase their life expectancy. At your home, store maitake in the paper bag (not plastic) within the refrigerator. 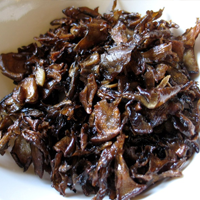 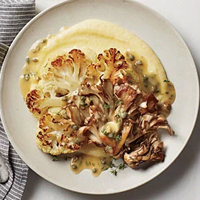 With regards to the dosage of maitake mushroom, it is extremely hard to calculate the appropriate amount. The dose depends upon a number of factors such as health, age of the user along with other essential health aspects. Just stick to the dosage printed within the label. Remember that even though, this can be a natural product, it ought to still be eaten in the restricted amount. Overdose can result in numerous unwanted effects. From the aspect of disease preparation, 12-25 mg of maitake mushroom extract may be used. For HIV-patients, just 20 mg of pure extract in conjunction with 4 grams of whole powder is beneficial to get helpful results. Six grams of whole powder each day may also be taken with no fear of getting unfavorable results.

The U.S. Food and Drug Administration don’t strictly manage herbs and supplements. There isn’t any guarantee of strength, purity or safety of products, as well as effects can vary. It is best to read product labels. In case you have a clinical situation, or are taking other drugs, herbs, or supplements, you need to consult with a certified health care professional before starting a brand new therapy. Seek advice from a health care professional instantly in case you experience negative effects.

Side Effects and Warnings

There are certain deficiencies in scientific evidence on the medicinal usage of maitake while pregnant or breastfeeding. Maitake is probably safe whenever utilized as a food at levels commonly present in food.