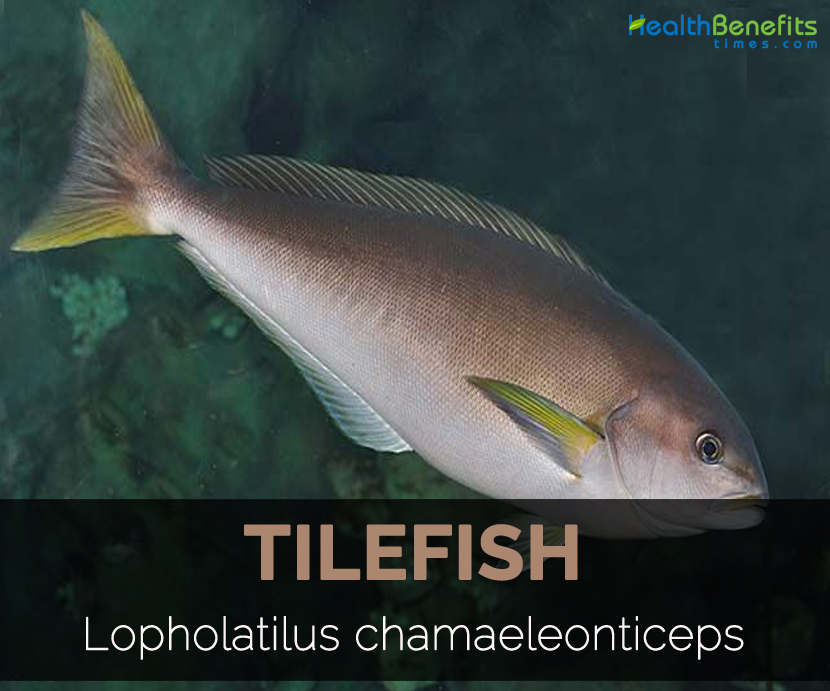 Tilefish is a small perciform marine fish which comprises family Malacanthidae. Usually it is found in sandy areas near coral reefs. The two subfamilies are different morphologically with members of Branchiosteginae acquiring deep bodies, large subterminal mouths and large heads. The members of Malacanthinae are slender having smaller heads, elongated bodies and terminal mouths. The size of tilefish ranges from 11 cm to 125 cm in size weighing 30 kg.

Usually Tilefish are found at the depth of 50 to 200 m in both temperate and tropical waters of Pacific, Atlantic and Indian Oceans. This species look for shelter in self-made burrows, caves at base of reefs or piles of rock mostly in canyons and edges of steep slopes. The species are strictly marine mostly exceptionally blue blanquillo (Malacanthus latovittatus) which enters brackish water of Papua New Guinea’s Goldie River. Primarily they feed on small benthic invertebrates, crustaceans such as shrimp and crab. It also consumes sea urchins, worms, mollusks and small fish.

Tilefish stays at the bottom. It relies on its keen eyesight to catch prey. The fish dives quickly into its constructed retreats with head first. Hoplolatilus chlupatyi (Chameleon sand tilefish) is able to change color to avoid predators. The species form monogamous pairs. Some are solitary and others are colonial. The species Hoplolatilus fronticinctus (rare pastel tilefish) of Indo Pacific builds large rubble mounds above school and in which they live. The mounds assist as refuge and micro-ecosystem for other reef species. Its reproductive habitats are not well studied. The spawning takes place throughout spring and summer. All the species are assumed not to guard its broods. Eggs are small about less than 2 mm and are made buoyant by oil. Larvae are pelagic and drift till fishes become juvenile.