Trending
You are at:Home»Fruits»Health benefits of White Mulberry 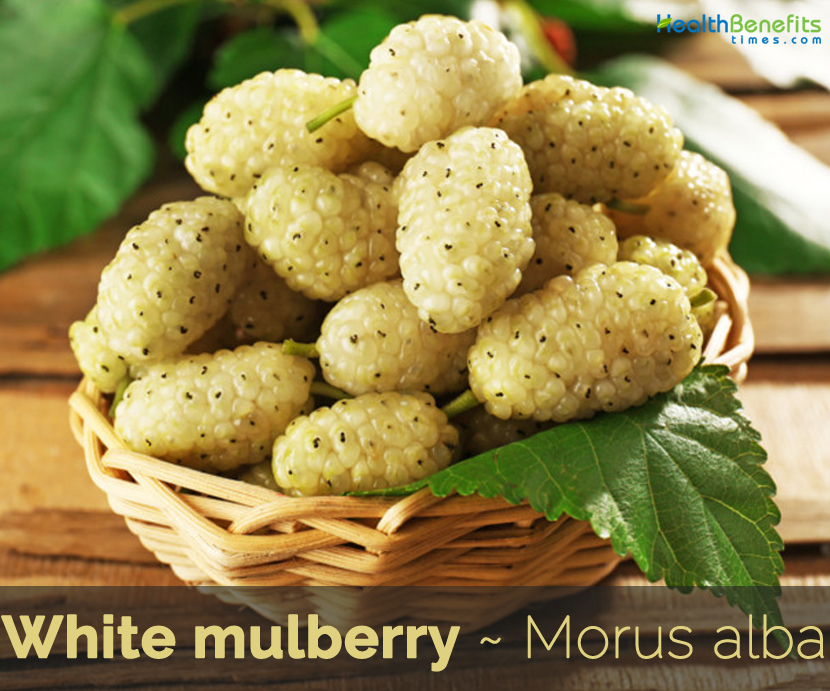 Morus alba, commonly known as white mulberry or Russian mulberry is a fast-growing, small to medium-sized tree belonging to the genus Morus and from the Moraceae family, which consists of 10–16 species of deciduous trees that are distributed worldwide. The plant is native to Central and eastern China. It is now grown in plantations, and for ornamental reasons in gardens and parks throughout the warm temperate world, and is naturalized both in Europe and North America. It is generally a short-lived tree with a lifespan comparable to that of humans, although there are some specimens known to be over 250 years old. Few of the popular common names of the plant are Black-fruited mulberry, Mulberry tree, Mulberry bush, Mulberry, Russian mulberry, Silkworm mulberry, Silkworm tree, Chinese white mulberry, White-fruited mulberry, White mulberry and Mora.

White mulberry is widely cultivated to feed the silkworms used in the commercial production of silk. It is also notable for the rapid release of its pollen, which is launched at over half the speed of sound. Its berries are poisonous when unripe, but are otherwise edible. It is a multipurpose tree widely planted in tropical, subtropical and mild temperate regions of the world for fodder and silkworm rearing, and for fruit and timber production. Genus name comes from the Latin name. Specific epithet comes from the Latin word meaning white in reference to fruit color.

White mulberry is a moderately fast-growing, deciduous or evergreen, small to medium-sized tree that usually grows up to 10 –20 m (32.8 to 65.6 feet) in height with trunk diameters of 2 to 3 feet. The plant is found growing in disturbed open woodlands, savannas and thickets, woodland borders, fence rows, power line clearances in wooded areas, river banks, vacant lots, and unmowed waste areas. The plant prefers moist, well drained loamy soils in a sunny position. Though, it will grow in coarse, medium and fine soils. The plant has wide, spreading root system, with both a tap root and lateral roots. Roots are large in diameter close to the root crown but decrease rapidly in size, branching within a few feet of the root crown into numerous fibrous roots. Roots of a 21-year-old white mulberry entered approximately 7 feet (2 m) deep and had a 22-foot (7 m) lateral spread in silty clay loam soil.

Trunk is short, thick (8 to 16 inches in diameter, sometimes up to 5 feet) and multi-branched, resulting in a full, spreading crown. Central stems can grow 20 to 50 feet tall (sometimes up to 80 feet), but as a weed of roadsides and crop fields, it seldom grows over 15 feet tall. Bark is gray at first, turning an orangish- or yellowish-brown, with shallow furrows or ridges and an orange inner layer that is visible through the furrows. Secondary branches are generally slender and, depending on the variety, may be upright or hang casually toward the ground. Twigs are slender, erect and initially slightly hairy and reddish-brown, becoming smooth and light orange. Several shoots are produced from one node, giving the crown a branchy appearance.

Leaves are alternate, simple, 6-18 cm long, 5-13 cm wide, broadly ovate, dentate or lobed with 3 prominent veins running from the rounded or obliquely cordate base. Somewhat polymorphic, leaves are shiny green on the adaxial surface, paler and slightly hairy underneath. Margins varying from coarsely serrate to deeply lobed and serrate. Leaves exude a milky juice when broken. The upper surfaces of the leaf blades are light to medium green, glabrous, and shiny, while their lower surfaces are pale green and mostly hairless, except for some fine hairs along the major veins or in the axils of major veins. Leaves can be unlobed (common on older trees) or have 2 to 5 unequal lobes (common on young trees and sprouts from older trees). The petiole (leaf stalk) is smooth.

White mulberries are native to China where they were cultivated for their leaves and berries as a food source for silk worms. The relationship between the White mulberry and the silkworm dates back 4000 years. Trees were naturalized in Europe with the westward expansion of the “Silk Road” and later introduced into America during early colonial times. General Oglethorpe imported 500 White mulberry trees to Fort Frederica in Georgia in 1733. He wanted to encourage silk production at the English colony of Georgia, but was unsuccessful. Today White mulberries can be found growing in the Mediterranean region, in countries bordering the Caspian and Black Seas. They are also grown by a few farmers in California, specifically for farmers markets and restaurants. 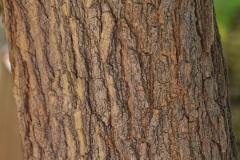 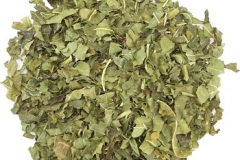 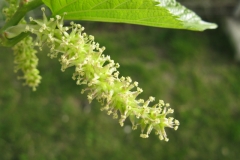 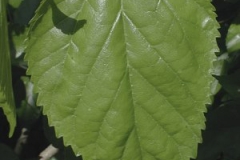 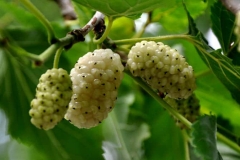 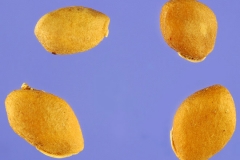 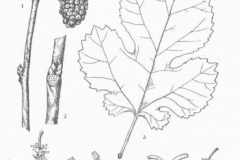 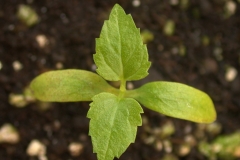 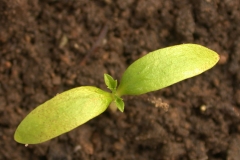 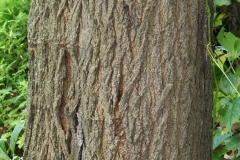 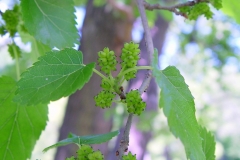 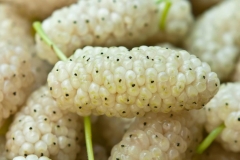 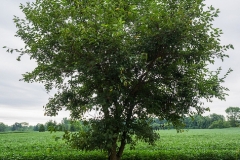 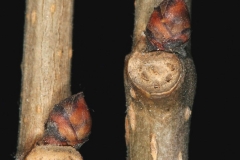 There are more than a few references for Morus Alba use in cancer, diabetes, infection, and neurodegenerative disorders. Root juice of white mulberry agglutinates the blood and kills worms in the digestive system. Leaf juice is used to prevent throat infections and inflammation and it is its diaphoretic and emollient properties helps with this action. Having a cooling and laxative property, the fruit juice is also use to treat fevers, colds, diarrhea, malaria, constipation, and intestinal worms. Listed below are few of the popular health benefits of White Mulberry

Diverse range of active compounds and volatile acids in these berries give them anti-inflammatory properties, leading the byproducts of this plant to be ideal for arthritis patients, as well as those suffering from chronic inflammation, gout, migraines or irritable bowel syndrome (IBS). (1)

If you suffer from chronic fatigue, or simply want a bit more energy, a cup of white mulberry tea can stimulate both physical and mental energy levels. (2)

Research has found that eating white mulberries can help to lower total overall cholesterol levels while elevating HDL levels, which are the “good” fats, thus lowering your risk of atherosclerosis, heart attack, stroke, and coronary heart disease, among others. (3)

If you’re mostly interested in mulberry tea weight loss benefits, then there are several things you can do to maximize your results. Some nutrition experts recommend drinking the tea at least thirty minutes before each meal to give the DNJ a chance to block incoming carbohydrates. For those who currently drink soda or other carbonated beverages, you may be able to boost the amount of weight you lose by exchanging those beverages for mulberry tea instead.

Consuming two cans of regular soda per day can lead to a weight gain of up to thirty-five pounds in a year. By making this simple switch, you can drop pounds as well as gain the advantages of increased water intake and the mulberry nutrition benefits.

Antioxidants in the leaves and berries have been shown to induce cell death and prevent the growth and replication of cancerous cells. While most of this research has centered on the effects of colorectal cancer, additional research is ongoing for other types of cancer.(4)

Extract from the leaves of this plant has been studied extensively for their impact on memory and brain function. Research shows that using the extract can stimulate neural activity, which could help with Alzheimer’s treatment.(5)

One of the active components of the bark of the white mulberry has known anti-depressant qualities when brewed into a tea.  Before using this herbal tea regularly, check with your doctor first, mostly if you are already on any anti-depressant medications.(6)

Plant is perhaps best known for its effects on diabetes. The active ingredient in white mulberry, commonly referred to as DNJ, is able to shut down or slow down sugar processing in the body, resulting in more manageable blood sugar levels. This can greatly improve quality of life for diabetic patients.(7)

If you have issues with overeating, the white mulberry may be an effective food to help you combat that issue. The herb is high in fiber; which makes it a еffесtivе natural арреtitе ѕuррrеѕѕаnt. This аlѕо mаkеѕ it works as an effective weight lоѕѕ aid as a lot of people struggle to maintain their weight lоѕѕ еffоrtѕ bесаuѕе of their inability to suppress their арреtitе. This аlѕо may help prevent a condition that affects million of реорlе, that is, obesity.

Stress response in the body is responsible for everything from our anxiety levels to our metabolic processes, so using this tea to balance your nervous system and stress response can help with chronic inflammation, mood swings and everything in between! 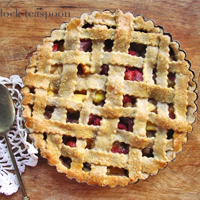 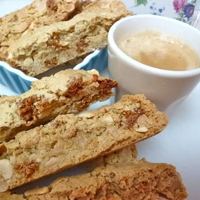 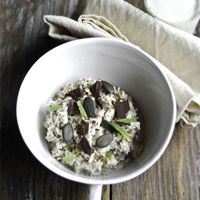 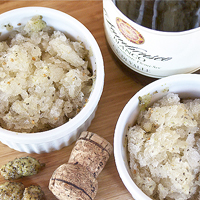 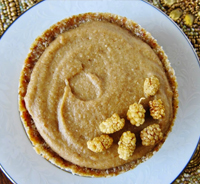 Because white mulberry is often planted as an ornamental, one way to prevent future white mulberry establishment is to avoid planting it. In the mid-Atlantic region, native alternatives to white mulberry include red maple, hackberry, black tupelo, or sassafras.

It is commonly claimed that the most cost-efficient and effective method of managing invasive species is to prevent their establishment and spread by maintaining “healthy” natural communities and by monitoring several times each year. Managing to maintain the integrity of the native plant community and mitigate the factors enhancing ecosystem invisibility is likely to be more effective than managing solely to control the invader.

Weed prevention and control can be incorporated into many types of management plans, including those for logging and site preparation, grazing allotments, recreation management, research projects, road building and maintenance, and fire management.

White mulberry seedlings may be controlled by pulling. For larger white mulberry plants, stems may be cut and the stump ground. Girdling is also an option for larger trees. Mechanical control may be limited by the potential of white mulberry to sprout from the stump, roots, or from cut stems buried in the soil. One review suggests that roots will continue to produce sprouts even if the plant is cut back every year.

Biological control of invasive species has a long history that indicates many factors must be considered before using biological controls. Refer to these sources: and the Weed control methods handbook for background information and important considerations for developing and implementing biological control programs. Goat browsing was used to suppress white mulberry in prairie remnants in northwest Illinois.