Trending
You are at:Home»Fruits»Black Raspberry facts and benefits 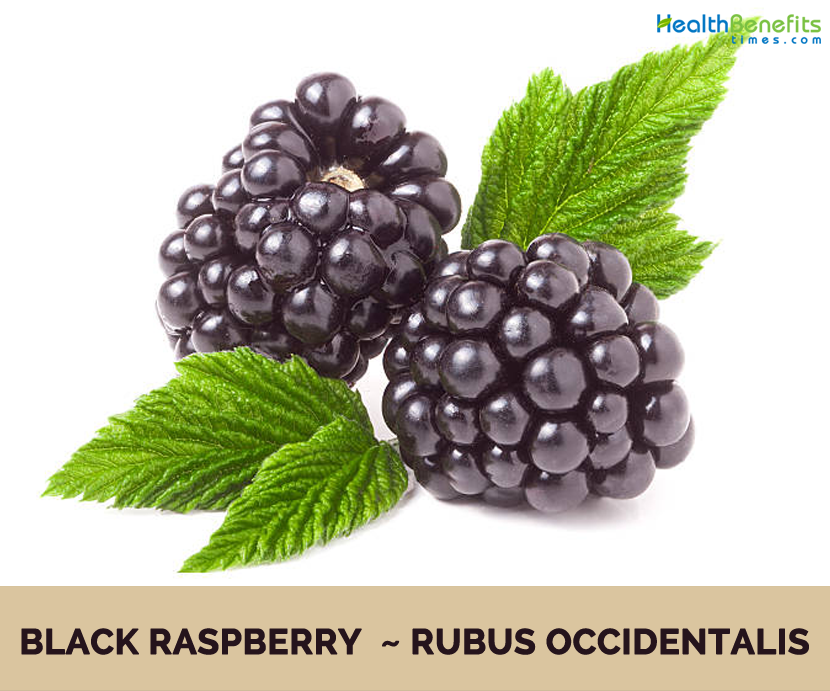 Botanically classified as Rubus occidentalis, Black raspberries are occasionally referred to as Blackcaps. They are a mostly self-fruiting brambleberry and are member of the family, Rosaceae along with strawberries and blackberries. The plant is indigenous to East and central North America: New Brunswick to Minnesota, south to Georgia, west to Nebraska and Colorado. Other Popular common names of the plant are American Black Raspberry, Blackcap, Black Raspberry, Purple Raspberry, Scotch Cap, Framboise Noire, Framboise Sauvage, Framboisier Noir, Framboisier de Virginie, Frambuesa Negra, Ronce, Ronce d’Occident, Ronce Occidentale, Rubus occidentalis, Thimbleberry and Virginia Raspberry. Its common name black raspberry is shared with the closely related western American species Rubus leucodermis. They should not be confused with blackberries, as they are a much smaller berry with a delicate texture and slightly higher sugar content. Black raspberries are super foods that have been shown to slow the growth of certain cancers.

Stems are round and have prickles, which are thorn-like structures that originate from the epidermis of the stem. There is usually a white, powdery substance called a bloom on the stem. The stems, or canes, are generally arching or rambling. Twigs are reddish-purple, terete, glaucous; eglandular, sparsely bristly with straight or hooked, stout prickles that is wider at the base.

Leaves are alternate, palmately compound, 3–5 foliate. Leaflets are ovate to ovate-lanceolate, 5–19 cm long by 3.8– 8.9 cm wide. They are glabrous above and densely white tomentose beneath. They are rounded to sub-cordate at base and margins doubly serrate with occasional shallow lobes. Petiole and rachis have many stout prickles.

The white flowers of the black raspberry have five petals and five sepals with several stamens and many pistils. Flowers are distinct in having long, slender sepals 6–8 mm long, more than twice as long as the petals. Each pollinates pistil turns into a fruitlet on the receptacle. This type of fruit is called an aggregate fruit. Fruits are round-shaped and are a 12–15 mm diameter clump of drupelets. It is edible, and has a high content of anthocyanins and ellagic acid. Fruit are yellowish white to red and purplish-black when ripe.

They have a hollow center and the typical conical shape but are normally smaller than other colored raspberries. An occasional white bloom appears on the berries’ surface, but easily wipes away. Their deep purple almost black pigmentation is occasionally scattered with a touch of red. They are often more tart than sweet, and have a slight note of earth in their flavoring. Once ripe, they have a highly perishable shelf-life. Its delicious fruit is commonly used for making jam and pie, as well as providing cover and food for many species of animals.

While the roots of Rubus occidentalis are perennial the shoots are biennial. First year the shoot grows and the following year the shoot will produce flowers and fruit.  Plant reproduces sexually, its seeds being distributed by animals that have eaten the fruits. The branches can take root as well producing new plants.

Fruit of black raspberries are a fine source of antioxidants, but it is the leaves and roots of the plant that are mostly used in herbal medicine. Leaves and root bark are astringent in nature and are used to treat incontinence, diarrhea, dysentery, and other bowel complaints. Roots have been used in the treatment of gonorrhea, coughs, and toothaches. Leaf Tea is sometimes used to remedy sores, ulcers, and boils. Listed below are some of the popular Health benefits of using black raspberry

In case if you are trying to lose weight, you may check out the nutritional values of black raspberries. A cupful of black raspberries consists only 60 calories; they have only two grams of protein, and are high in fiber. Whenever you eat foods that are rich in fiber they will keep you fuller for longer. They are just about fat free and have no cholesterol. They will increase your energy levels which in turn will raise your metabolism. This will help you burn off the foods that you are eating so they don’t get stored as fat.

Black raspberries have been found to improve endothelial function in those who were at a high risk for heart disease. Research carried out in South Korea proved the effects of black raspberry extract on a short-term basis. Black raspberries help to maintain and repair the vascular system. Of the 51 patients, those that received the black raspberries realized an increase in the circulation of the endothelial progenitor cells and reduced the risk of cardiovascular issues in people with metabolic syndrome.

Black raspberries consist of huge amount of Anthocyanins, which are proven to help promote and maintain the health of your eyes. Black raspberry consists of more anthocyanins as compared to wild blueberries. Some other popular benefits of these berries are improved night vision, extra circulation through the capillaries of the retina, decreased chances of retinopathy in patients with diabetes, and a safeguard against macular degeneration.

Black raspberries are brimming with antioxidants, minerals, and polyphenols that all work together to boost, and build, the immune system. Antioxidant properties help the immune system by killing off the free radicals that can come about through normal everyday occurrences as well as exposure to environments that have a questionable background.

Appropriate dose of black raspberry for use as treatment depends on several factors such as the user’s age, health, and several other conditions. At this time there is not enough scientific information to determine a suitable range of doses for black raspberry. Keep in mind that natural products are not always necessarily safe and dosages can be important. Be sure to follow appropriate directions on product labels and consult your pharmacist or physician or other healthcare professional before using.

Relationship with other species

Black raspberry fruit and other parts of the plant is consumed and enjoyed by many mammals such as black bears, rodents, and birds. It has been recorded being eaten by 150 bird and mammal species.

Black raspberry is a tasty treat for humans and used for jams, pies, cakes, and many other foods. The fruit can also be used to make dyes. Leaves and roots are said to have medicinal purposes and were used by many groups of Native Americans for various ailments.

Common pests of Rubus occidentalis are various fungi and various insects that feed on the leaves and sap. 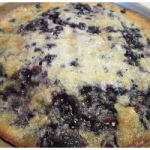