Trending
You are at:Home»Pulses and Beans»Health Benefits of Job’s Tears 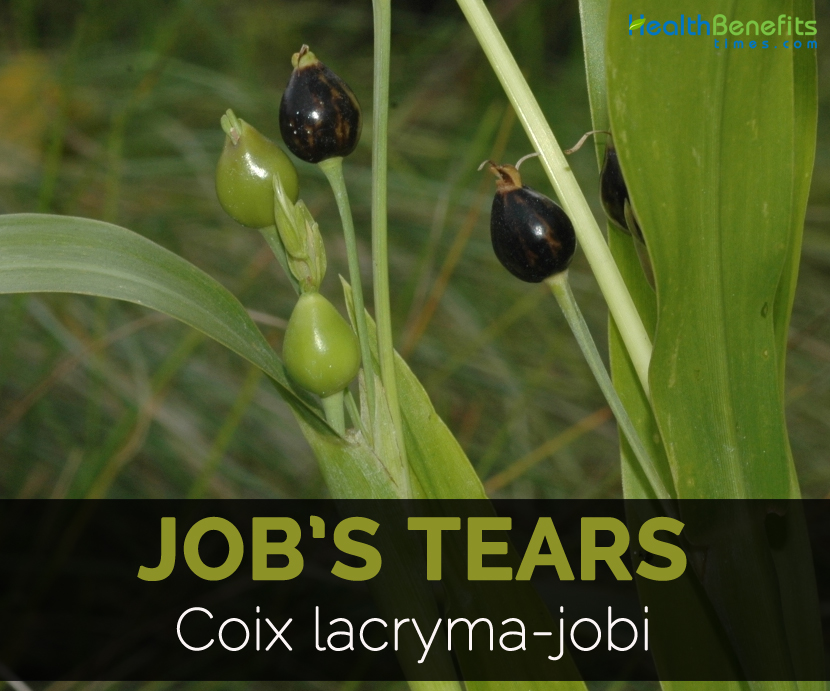 This particular annual grass is indigenous to south-east Asia and grows to a height of about 3 feet, with knobbly, bamboo-like stems from the bases of which new ‘tillers’ arise, these occasionally self- layering. The glossy deep green leaves are up to 2 inches wide along with somewhat wavy edges. The flowering as well as fruiting spikelets are insignificant, however the gleaming, pea-sized receptacles which enclose their bases harden in autumn to the pale bluish gray and also have frequently been utilized for beads along with other ornamental reasons. A few chosen strains are grown for their edible grains. Perennial growing to 1 m by 0.15 m . It really is hardy to zone 9. It is in leaf from May to October, in flower from July to October, and also the seeds ripen from September to November. The flowers are monoecious and therefore are pollinated through the wind.

Job’s tears (Coix lacryma-jobi L.), popularly known as coix, are initially from India and now are indigenous to South East Asia region like China, Japan, the Philippines, Burma, as well as Thailand. Their seeds have already been utilized to make a number of products. The mature seeds right after de-hulling and cleaning are boiled as well as consumed along with cooked rice. The pounded flour is oftentimes also combined with water and taken as such as cooling drink just like barely or flour water. Raw kernels are utilized as peanut. Job’s tear is utilized by the Garo, Karbi and Naga tribes for brewing of beer from the pounded grains (Burkill 1935), in addition to, you can use it in ornamental purpose, rosaries as well as necklace.

In China it really is utilized as traditional medicine as well as supplementary medical food. In Thailand the seed coat is removed and also the seeds are consumed whole. The seeds may also be boiled along with water to create beverage product, that is available in the market as a substitute healthy food. The beneficial effects of Job’s tears are decreasing liver fat accumulation, safeguarding from tumor stimulating compounds, protecting against viral infection, decreasing allergic reaction, decreasing coronary artery disease as well as arthrosclerosis and decreasing osteoporosis (Chang et al. 2003; Hung and Change 2003; Chun et al. 2004; Yu et al. 2011). Additionally, Job’s tear grain could be polished and milled as flour and utilized as food components in several types of products.Use of this particular flour in bakery products can also be of interest. Because of the insufficient gluten, dough made from Job’s tear flour won’t be raised. An excellent mixture in bakery products is 70% wheat flour and 30% Job’s tear flour. Numerous studies reported the usage of Job’s tear flour in cookies and bread (Chawakorn 2006; Cheappensuk 2006; Reungkajorn et al. 2007), while the usage of this flour in butter cake have been analyzed earlier only by Kutschera (2011). As a result, this particular contribution aims to report the usage of Job’s tear flour to exchange wheat flour in butter cake. Consumer acceptance of butter cake containing Job’s tear flour is additionally investigated. 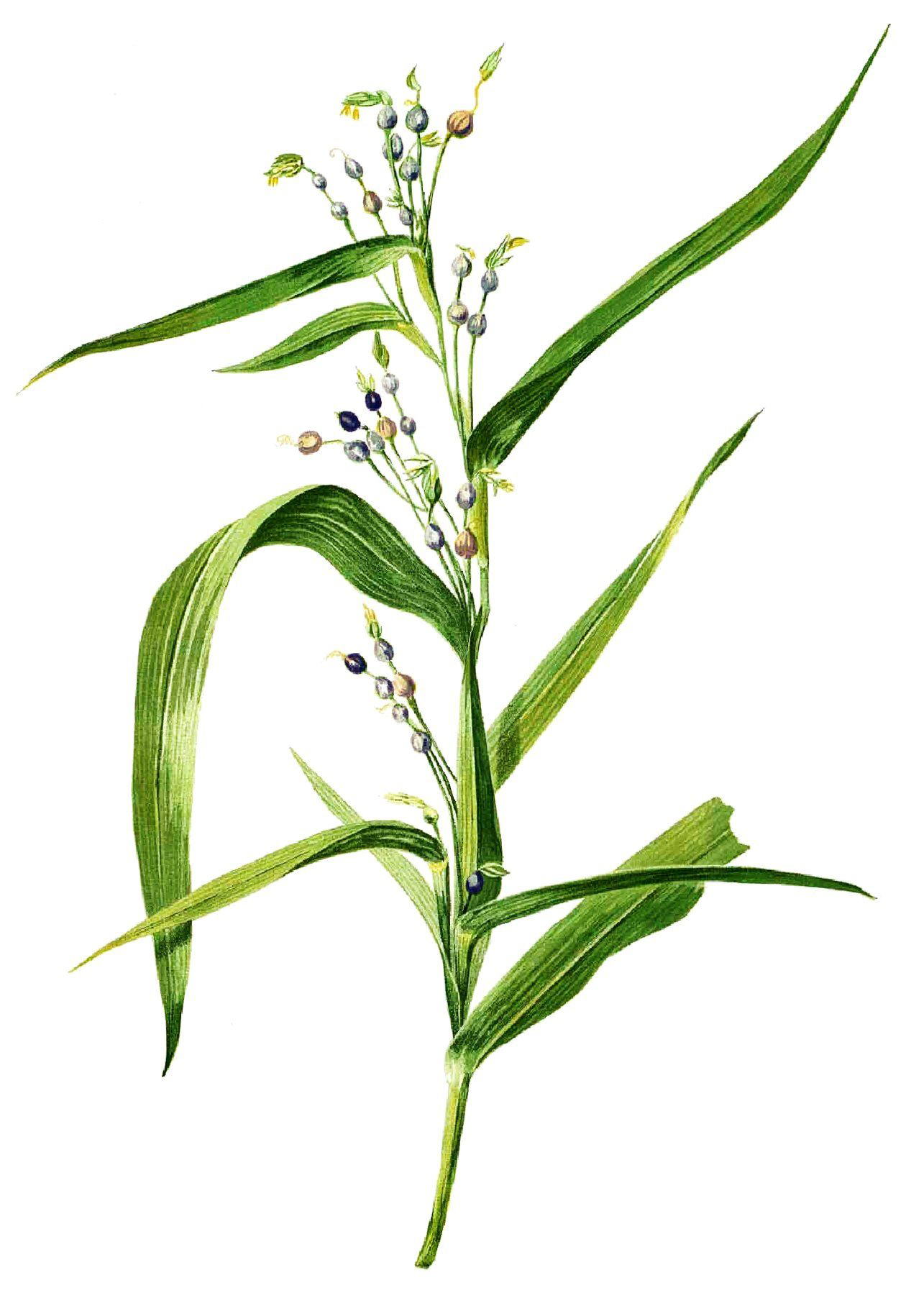 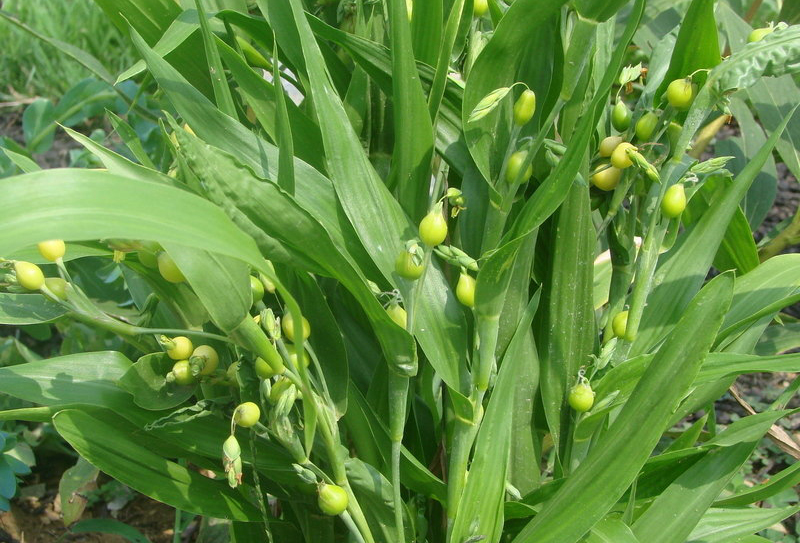 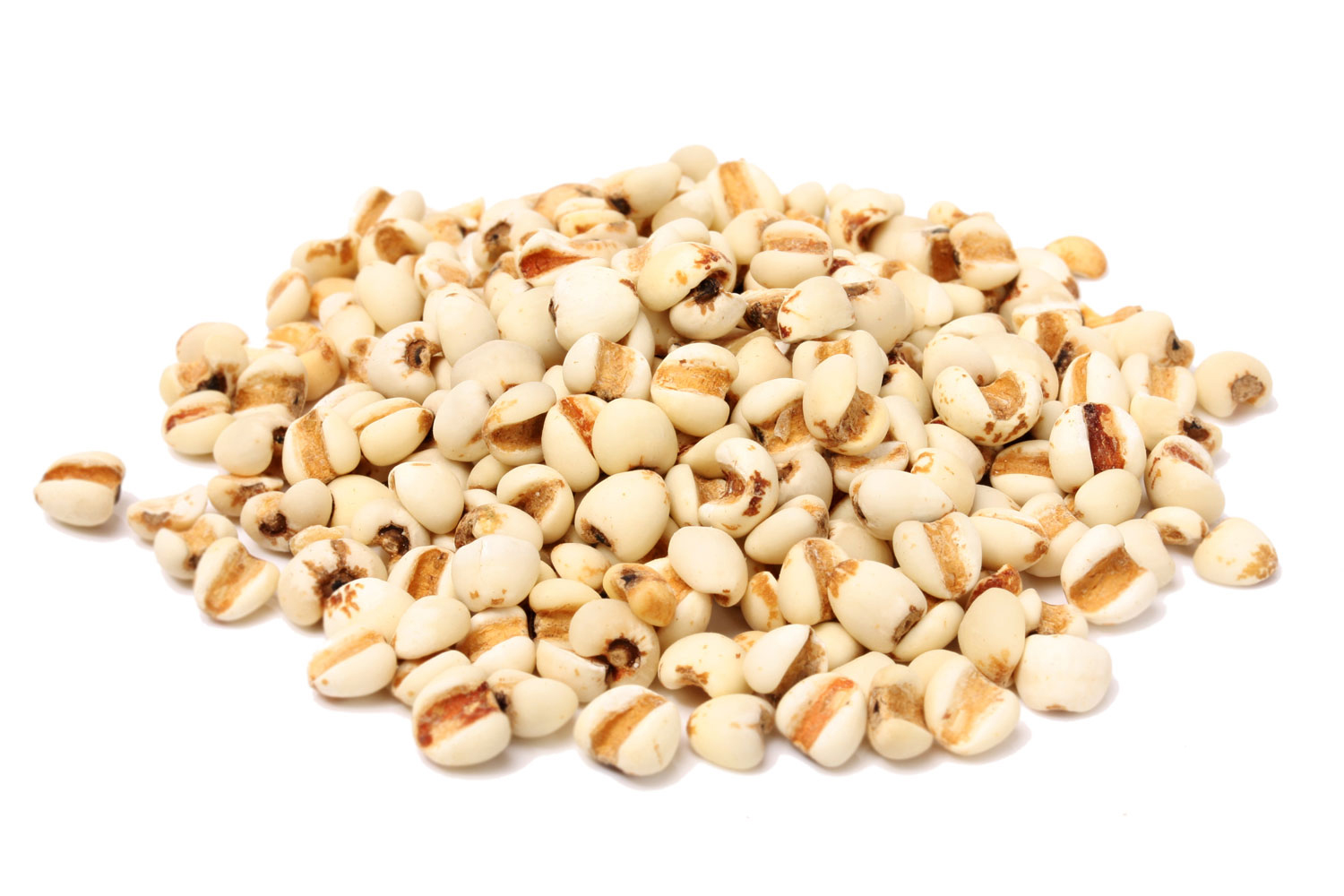 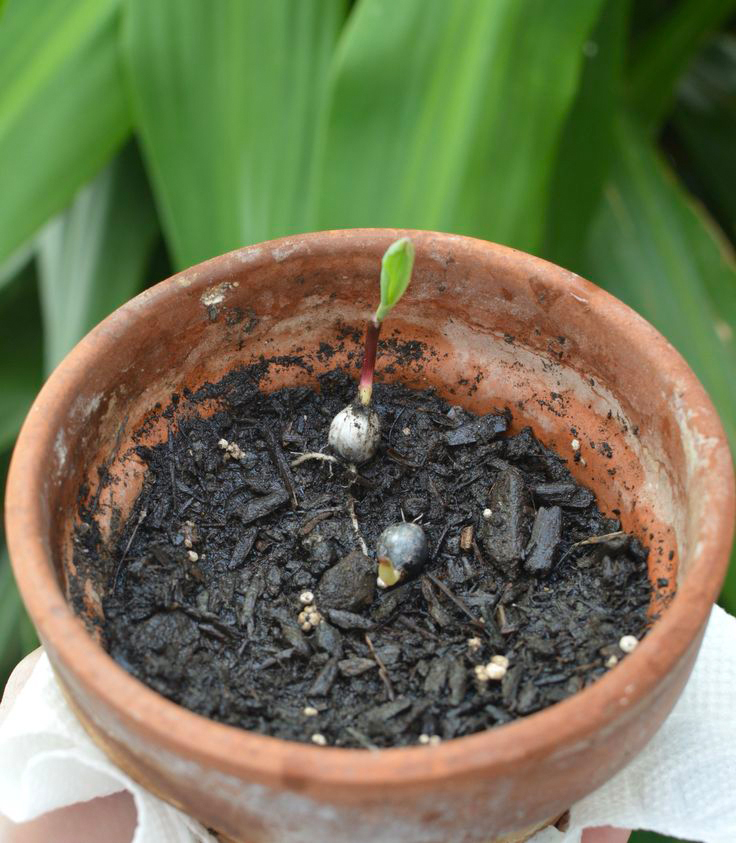 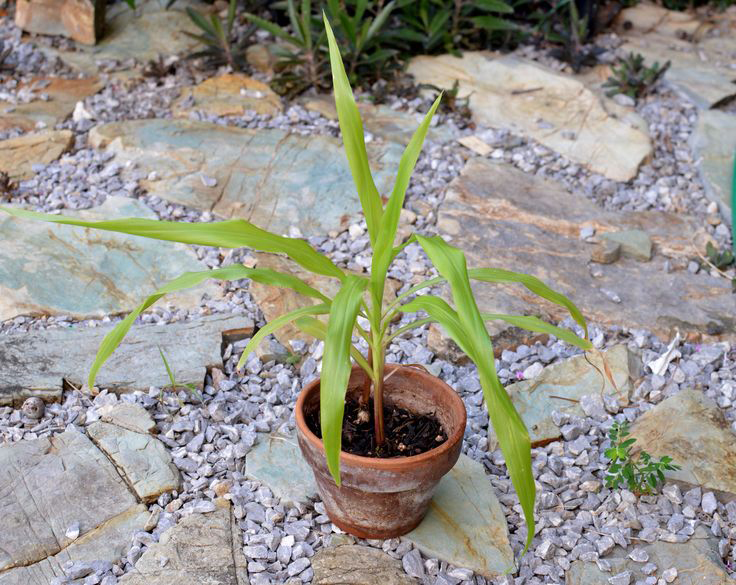 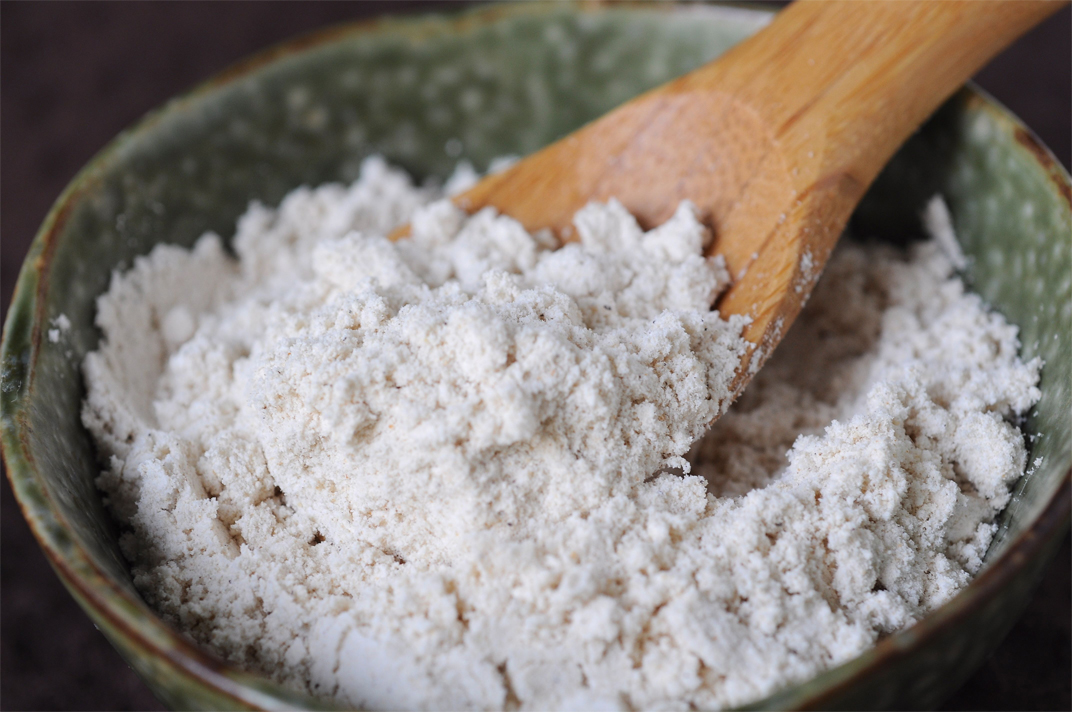 Job’s Tears, also referred to as adlay and coix, is a member of the grass family and also well-known in Asian cultures like a food source as well as for making jewellery. However the plant has additionally been utilized for hundreds of years in folk medicine to deal with a large number of circumstances from arthritis to smallpox. Research investigating Job’s Tears has not been carried out much outside China and Korea, but results from those studies are discovering properties within the plant that could have potent health benefits.

Among the traditional uses of Job’s Tears is usually to deal with allergies, which includes topical formulations of plant extracts for the allergic skin ailment known as contact dermatitis. Research published within the “Journal of Agricultural and Food Chemistry” in June 2003 discovered that extracts from the plant also suppressed allergy symptoms in laboratory mice and increased their immune systems.

Diabetic mice were fed the seeds from Job’s Tears plants plus a high-cholesterol diet for 4 weeks in the research published within the “International Journal for Vitamin and Nutrition Research” in September 2006. In comparison to a control group, the seed-eating mice had considerably decreased amounts of total cholesterol and harmful low-density lipoprotein, or LDL, cholesterol.

A number of research teams in China have analyzed the effects of Job’s Tears on cancers of the colon, pancreas, lung, liver, breast as well as leukemia, along with promising results. One research, published within the “Journal of Ethnopharmacology” in September 2008, found extracts of Job’s Tears considerably inhibited fatty acid synthase activity within the liver. This is very important simply because human cancer cells consist of higher levels of fatty-acid synthase, an element associated with intense tumor cell growth.

Job’s Tears extracts are utilized to deal with endocrine disorders because of the plant’s capability to reduce hormones just like progesterone and testosterone. In the December 2000 issue of the “Journal of Traditional Chinese Medicine,” painful menstrual symptoms were decreased 90%, that was a far greater result compared to a control group cured with prescription drugs.

Job’s Tears might also have protective benefits for the gastrointestinal system. A June 2011 study within the “Journal of Agricultural and Food Chemistry” discovered that Job’s Tears seeds inhibited gastric cancer cells in vitro and were also capable to reduce stomach ulcers in mice.

A survey published in 2008 in the “Asia Pacific Journal of Clinical Nutrition” discovered that Job’s Tears seeds improved levels of numerous osteoporosis biomarkers in the blood of the mice when compared with a control group. The scientists figured that the extracts might be able to reversing osteoporosis in rats and may additionally be a beneficial healthy food for osteoporosis avoidance.

Overweight mice were injected along with extracts from Job’s Tears for 4 weeks in research published in 2004 in the journal “Life Sciences.” In comparison to a control group, the mice fed the extracts had decreased body weights, food consumption, fat size, adipose fat tissue mass and cholesterol level and triglycerides.

In southern India, Job’s tears have already been grown for around 4000 years. The seeds are generally present in archaeological sites. The grass is usually growing in rice fields nearby. Archaeologists call the seeds, rice beads. Even though broadly utilized by Asians, the grass is recognized as a weed in commercial rice fields. The teardrop shaped seeds have got a tough shiny coat with a hole in the tip where the flower emerges. Once the seed drops from the plant, another hole opens in the base causing them to be ideal for stringing. In archaeological sites dating to roughly 2000 years ago, large numbers of the seeds have been discovered arranged in a manner that suggests they were strung as necklaces. In Japan, the seeds are known as juzu dama which implies prayer beads referring to the use by Buddhists for their meditations.

By the 1400s, this grass was grown in southern European monasteries. One hundred-fifty seeds were strung to keep track of daily recitations of the Psalms. This particular usage of beads later on evolved into the rosary. It really is within the monasteries which the seeds were first known as Lachrima Iob (Job’s tears).) Their natural color is white, however they could be dyed shades of red, blue, green and yellow. According to where you are in the world, this particular plant goes by numerous names which includes ~David’s tears, Saint Mary’s tears, Christ’s tears and simply plain tear drops. The leaves are utilized as fodder in parts of India, and therefore are particularly relished by elephants. Job’s tears were introduced into China in the first century A.D. by a Chinese general who conquered Tongking, where the grains were widely used like a cereal. The general became so keen on Job’s tears that he carried back several cartloads of the seeds to his own country. In Central America, strings of Job’s tears can be used for the arms and legs of little seed dolls. Strings of Job’s tears were reportedly provided to teething babies. Job’s tears is additionally utilized for musical instruments. Shaker gourds are likely among the earliest musical instruments.

In Africa, hollow gourds are covered with a loose net strung with hundreds of Job’s tears. The generic name of Job’s tears, coix, comes from the Greek koix, meaning “palm”, a name provided by Linnaeus, The specific name lacryma-jobi, means tears of Job, an allusion to the large tear-like sheaths enclosing the flowers.

Before corn (Zea mays) become popular in Southern Asia, Job’s tears was somewhat broadly grown like a cereal in India. It is just a possibly very helpful grain having a greater protein to carbohydrate ratio compared to almost every other cereal. The seed features a very tough shell however which makes it rather hard to extract the grain. The ssp. ma-yuen. Stapf. is grown because of its edible seed and medicinal virtues in China, the seedcoat is said to be soft and simply removed. The ssp. stenocarpa is utilized for beads. A staple cereal crop in Japan and China, as well as in essential therapeutic herb. Nutritious soft-shelled seeds are broadly consumed in macrobiotic food. The seed is cooked. A pleasing mild taste, you can use it in soups and broths.. It may be ground in a flour and utilized to make bread or utilized in any of the ways that rice is utilized.

The pounded flour is oftentimes combined with water just like barley for barley water. The pounded kernel is additionally made into a sweet dish simply by frying as well as coating along with sugar. It’s also husked and consumed out of hand just like a peanut. The seed consists of about 52% starch, 18% protein, 7% fat. It really is greater in protein as well as fat compared to rice yet lower in minerals. This can be a probably very helpful grain, it features a greater protein to carbohydrate ratio compared to any other cereal, although the hard seedcoat makes extraction of the flour rather difficult. A tea can be created through the parched seeds, whilst beers and wines are made out of the fermented grain. A coffee is made of the roasted seed. In India, the Nagas utilize the grain for brewing a beer known as zhu or dzu. Japanese brew a tea as well as an alcoholic beverage, and roasted seeds are manufactured in to a coffee-like drink.

Wash as well as rinse the rice and Job’s tears well, after that soak them in 8 cups of pure water for around 2 hours or over night. Pour the grain, herb and water in a huge nonaluminum pot, bring to a boil, cover, then lower heat and simmer for around 1 hour, till the grain is completely cooked and also the fluid starts to thicken. 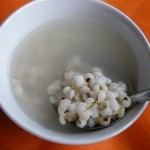 This soup can be served in summer as drinks. It will help to clear away heat, manage the spleen as well as calm swelling. People who wish to slim down may take this particular soup as regular drinks.

Drink soup and eat grains. You can include a few honey for taste. 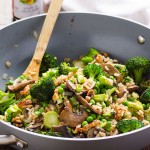 Broccoli consists of a lot vitamin C and dietary fiber. Broccoli as well as mushroom are anti-cancer foods. Job’s tears assist to remove heat and dampness. It is a good option for obese individuals. It’s anti-cancer property. This particular dish is great to individuals that are suffering cancer, particularly lung cancer. Individuals who wish to slim down may take it as an important dish. 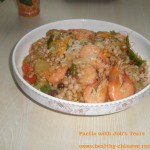 Most girls/ladies cannot resist cookies. If you utilize healthy materials, cook less and eat less, we will never feel guilty. Meanwhile these healthy cookies give to us important nutrition. In this particular cookie recipe we use Job’s tears powder, flax seed powder, walnut and olive oil. No saturated fat however with much unsaturated fat. It’s healthy for most people. Replacing brown sugar with Luo Han Guo powder, it may be served for diabetics.