Trending
You are at:Home»Vegetables»Facts about Lemon Cucumber 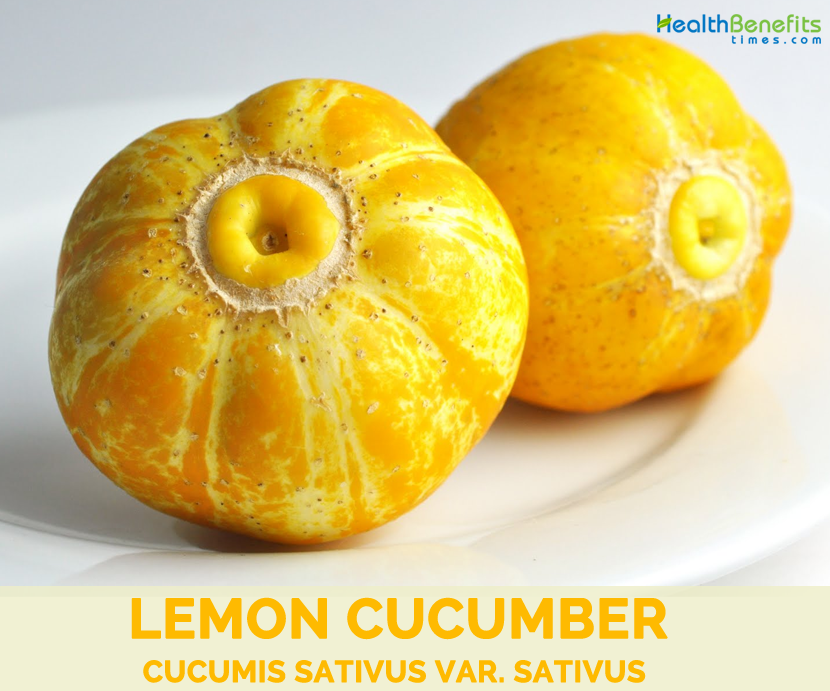 Lemon cucumber, also known as Garden Lemon, yellow cucumber, Apple cucumber, Budamkaya, Dosakai, Crystal Lemon, Crystal Apple, is part of the gourd family, which includes squashes and melons. Lemon cucumber, botanically classified as Cucumis sativus var. sativus, get their name from the lemon-yellow color of its skin but does not have a flavor similar to an actual lemon. A slightly sweeter version of the green cucumbers you’re probably used to, lemon cucumbers are spherical in shape and bright yellow, giving them the appearance of a lemon. Due to their slightly sweet nature, lemon cucumbers are more adaptable than their traditional green cousins, although harder to find.

Lemon cucumber offers quite a few beneficial nutrients, including vitamin A & C, iron, and calcium, as well as various antioxidants and active ingredients. However, compared to other vegetables and fruits, lemon cucumber has a relatively low concentration of nutrients. There are only about 20 calories in one cup of raw lemon cucumber.

Lemon cucumber is an annual vigorous climbing plant with long, weak, trailing and climbing stems which are four to five angled and up to 5 m long. The plants are vines that grow up to 5 m (16.4 ft.) long. The leaves are hairy and alternate. The flowers are yellow having 4 cm (1.6 in) as a diameter. The plant yields flowers during summer and early autumn. The lemon cucumber plant thrives well in moist, well-drained and nutrient-rich soil. The plant completes its lifecycle in one year.

Lemon cucumbers are a small, spherical to oval-shaped fruit, approximately 5-7 centimeters in length and often have a small protrusion at the blossom end, somewhat like a navel orange. Although the skin of the fruit is a light green during its development and closely resembles a lime, it will turn a golden yellow when the fruit becomes ripe. Fruit skin is thin and tender with some striping and mottling and has tiny spines that are edible but can easily be removed. The inner flesh of this fruit has a similar consistency and appearance to traditional cucumber with edible seeds and has a mild, sweet taste with a cool, crisp texture. However, the flavor is slightly sweeter than the bitter, earthy flavor of traditional cucumbers. Cucumbers are actually fruits that are commonly referred to as vegetables, but the yellow cucumber takes this one step further and disguises itself as a fruit namely a lemon! There is also a small bulbous growth on one end of this fruit, giving it the appearance of a navel orange.

Lemon cucumbers are believed to have originated in India or the Middle-East in the 16th century as referenced by ancient Middle Eastern texts. , it was introduced to America sometime between 1894 and 1905 but there are Middle-Eastern documents that mention this variety from the 16th century, making its likely origin from around this time in either the Middle-East or India. Today, Lemon cucumbers can be found at farmers markets and specialty grocers in the United States, Europe, and Asia.

Lemon cucumbers are grown just like regular cucumbers. They are a vigorous climbing variety that can be grown indoors in a greenhouse or polytunnel or outdoors in humus rich, moist soil and sunshine. They can also be grown in containers and given trellises to scramble over.

If you want to store a few lemon cucumbers for later use, proper storage is essential. The best way to protect their nutritional content and sweet flavor, wrap them in a dry paper towel and store inside a closed plastic bag in the refrigerator. These fruits should remain firm and plump for 1-3 days, but will slowly begin to wilt or lose their freshness. For best results and the best flavor, these fruits should be used immediately after purchase or harvest. 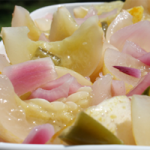 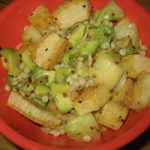