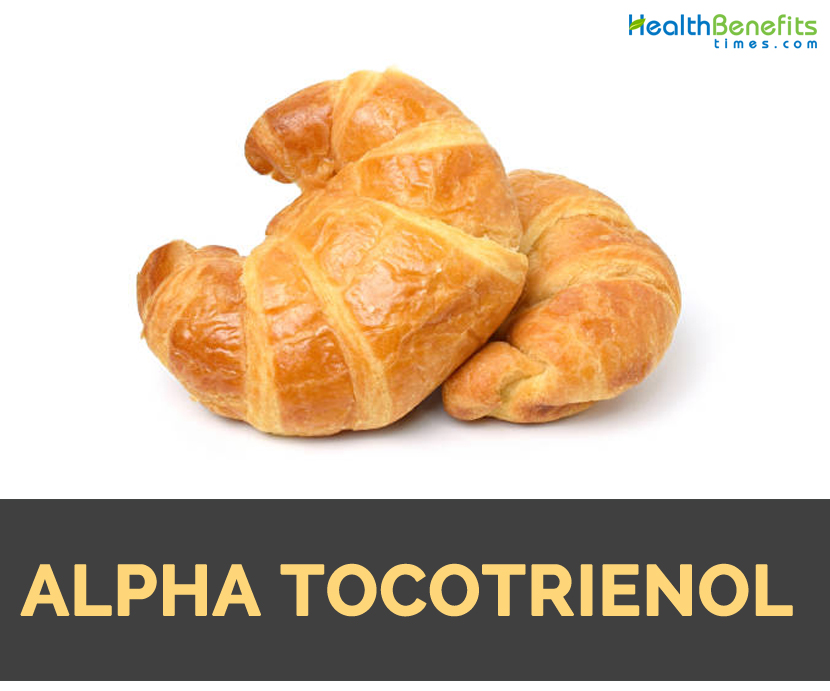 Alpha-tocotrienol is a tocotrienol which is chroman-6-ol substituted by methyl groups at positions 2, 5, 7 & 8 and a farnesyl chain at position 2. It is present in palm oil derived from Elaeis guineensis. It acts as a neuroprotective agent and also a plant metabolite. It is a vitamin E and tocotrienol. It could be found in blood plasma and all lipoprotein subfractions.

In 1964, Pennock and Whittle discovered tocotrienols describing an isolation of tocotrienols from rubber. In early 1980s, its biological significance was clearly delineated when its ability to reduce cholesterol was first reported by Elson and Qureshi in Journal of Medicinal Chemistry. During 1990s, anti-cancer properties of tocopherols and tocotrienols began to be depicted. Rice and palm are the current commercial sources of tocotrienol. Other natural sources include coconut oil, rice bran oil, barley, cocoa butter and wheat germ. It is considered to be safe and human studies show no adverse effects with an intake of 240 mg/day for 48 months.