Trending
You are at:Home»Dairy»Swiss Cheese 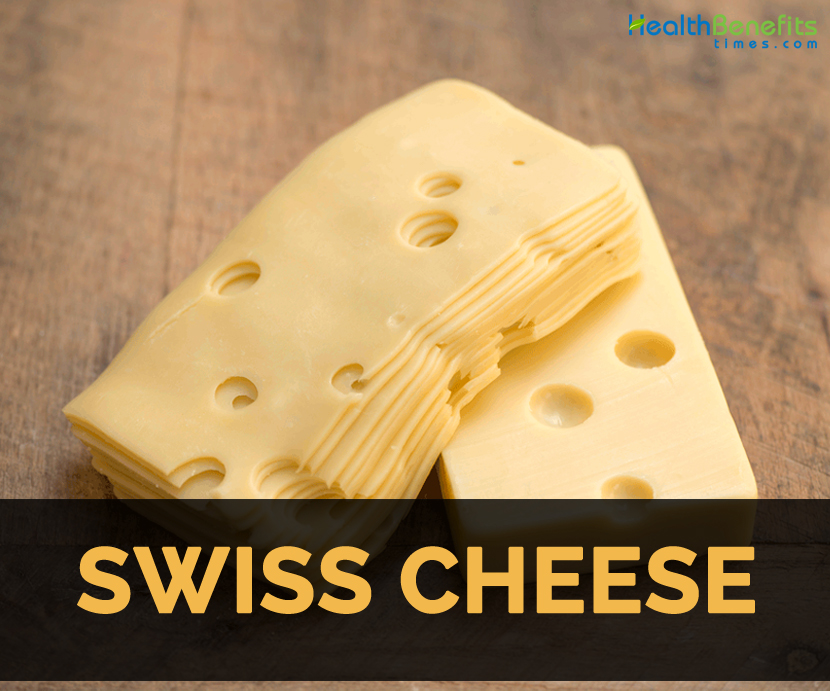 In North America, Swiss cheese resembles Emmental cheese which is yellow and medium to hard cheese which is originated in area around Emmental, in Switzerland. This cheese has specific appearance as the blocks of the cheese are riddled with holes which are called eyes. The Swiss cheese without eyes is called blind. It is the group of cheese having holes in them. They got its name as its look resembles Swiss Emmental cheese. The holes in this cheese are formed by bacteria that turn milk to Swiss cheese. The lactic acid is used by Propionibacter which is produced by other bacteria and produces carbondioxide gas. The gas forms bubbles slowly and makes holes. These holes are called eyes and the Swiss cheese which does not have holes is called blind cheese. The cheese having larger eyes offers better taste. It has the factors that include longer time and high temperature provided to the cheese for forming.

Swiss cheese have been a favorite type of cheese not due to the great taste but large holes which are found in every slice that makes it visually stimulating cheese. Swiss cheese has holes which make it easily identifiable that are created during production of cheese. While making Swiss cheese, some gram positive bacteria are added to the starter culture. The particular bacteria form carbon dioxide bubbles that provide the famous holes to Swiss cheese. This bacteria is responsible for forming this holes which provides it unique nutty yet sweet taste.

Swiss cheese was produced first in Switzerland. It appeared in West Central region of the country known as Emmental area. The specific section of Switzerland has large rolling areas which are excellent for pastures. The local farmers are using Emmental’s pasture for thousands of years for grazing dairy cattle. Some part of cow’s milk is set aside to make cheese.

The incredible taste and unusual appearance of Emmental cheese mixed with sweet nature of local dairy farmers stimulated a writer to pen a series of novels that revolved around Emmentals cheese and dairy industry.

It is believed that during 1300s, farmers in Emmental started to produce Emmental cheese. Swiss cheese is produced currently all over the world. It is deep yellow in color and has holes that might be sometimes golf ball size. It has strong and fruity flavor with mature woody finish.

The member of Gruyere family, Gruyere de Comte. It is a round cheese having round marble sized holes. It has a tough and dark colored rind which is enclosed a yellowish interior. It is aged longer than Swiss Gruyere, Comete is a creamy and piquant cheese having sweet and fruity flavor.

Jarlsberg is a cheese from Norway which substituted for Emmental. It is prepared from full cream cow’s milk and is buttery milk, rich and slightly sweet.

It is the cheese made form cow’s milk which is heated under hot grill. It is the heat which intensifies full nutty and slightly fruity aroma. The rind becomes crunchy when grilled and possess savory flavor.

It is prepared from rich summer milk. It has firm interior and creamy to straw yellow which darkens as it ages. It has sweet and tangy flavor with hints of musty wood and nuts. It is the strongest Swiss cheese. Girollin is a French counterpart.