Trending
You are at:Home»Foods»Brain boosting foods and herbs 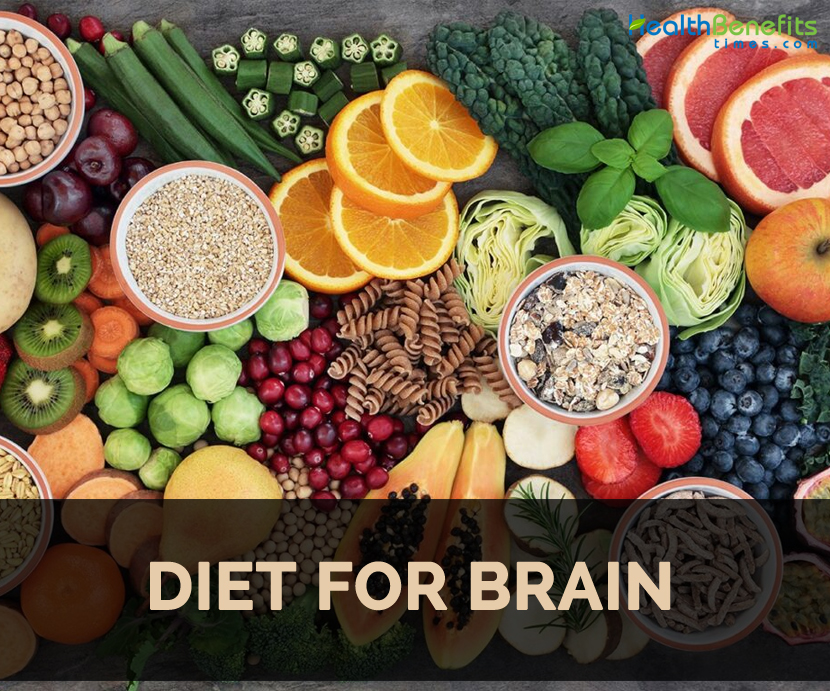 Usually people could not remember where one has left the keys, or checkbook or phone. Nutritional deficiencies; eating the wrong foods and the free-radical damage and inflammation that result; aging; and even conditions such as hypothyroidism and Lyme disease can affect the ability to think clearly and remember important things and can sometimes lead to chronic diseases such as Alzheimer’s and Parkinson’s. One can improve the way of brain functions by choosing a better diet for brain, along with helpful herbs, supplements and other natural remedies.

The specific foods and the nutrients here can make a difference in brain health by improving mental function, clarity and memory:

Brain is fueled by glucose which is converted by insulin into energy. If the body does not have enough glucose, brain doesn’t function well. Coconut oil can help. That’s because the ketones in the body that help convert fat into energy (as opposed to glucose) come from medium-chain triglycerides (MCTs) found in coconut oil. In fact, coconut oil contains a whopping 66 percent MCTs. Start with 1 teaspoon a day with food and gradually build up to 1 tablespoon (14 g) daily for maximum benefit.

It contains phytochemicals (from the Greek word meaning “plant”) called catechins, potent antioxidants with powerful anti-inflammatory properties that prevent damage to nerve cells that is characteristic of such conditions as Alzheimer’s and Parkinson’s diseases.

Neuroscientists at the University of Illinois-Chicago found that nuts, in particular, almonds, prevent mental decline as we age. Almonds contain good fatty acids like those in olive oil, with plenty of monounsaturated fat. Almonds contain 10 IU of the antioxidant vitamin E (alpha-tocopherol) per ounce and are also good sources of nutrients such as magnesium, copper, calcium, and riboflavin.

Blueberries, dark cherries, pomegranates, black grapes, and beets offer the power of anthocyanins, strong antioxidants that protect blood vessels and enhance communication between nerve cells. A study in the American Journal of Clinical Nutrition (2005) showed that the phytochemicals such as anthocyanins in blueberries may enhance signaling between nerve cells. Blueberries may also make nerve cell receptors more effective when binding with the brain’s chemical messengers.

Dark green veggies has magnesium which reduces levels of C-reactive protein (CRP), a blood marker of inflammation. Their antioxidant properties help protect the central nervous system from the damage caused by oxidation. They also improve memory.

This treat is high in antioxidants. Choose organic dark chocolate because it is free from pesticides. It is also lower in sugar, which promotes inflammation in the body.

These work as an antioxidant to protect the fats that make up the walls of our cells. Studies show that black sesame seeds popular in Japan are even more effective than white sesame seeds in protecting cells against free-radical damage.

A study in the Journal of Biological Chemistry shows that this natural, anti-inflammatory yellow powder found in curry could be an effective enhancer of an enzyme that protects the brain against oxidative conditions such as Alzheimer’s disease. It could also be taken as a supplement.

These herbs have stood the test of time in helping improve brain function and have been used by various cultures throughout history to improve mental capacities.

Ashwagandha supports the nervous system and in Ayurvedic medicine is considered a medharasayan remedy, a promoter of memory and learning.

Eleuthero is nourishing to the pituitary and adrenal glands. It helps the body’s ability to deal with stress. Studies done in the former Soviet Union show that this herb helps to improve job accuracy. It improves memory by improving circulation. It is an adaptogen and a chi tonic.

Gotu kola has been used in India as a cerebral and endocrine tonic. Containing calcium, pangamic acid, and phosphorus as well as the amino acid glutamine, this well-renowned herb has been used to treat amnesia, dementia, fatigue, and senility. It has a revitalizing effect on the brain cells and nerves.

Ginkgo helps improve the brain’s ability to utilize oxygen and glucose by improving peripheral blood flow. Ginkgo has been found to improve nerve signal transmission and activate ATP (adenosine triphosphate), an organic compound that aids metabolic reactions. Ginkgo helps protect nerve cells from free-radical damage. Ginkgo is currently one of the most prescribed herbs in Europe and is recommended in treating dementia, memory loss, and senility and promoting recovery from stroke. It is an antioxidant and cerebral tonic.

Huperzine, a compound found in club moss, increases brain levels of chemical acetylcholine and promotes memory, focus and concentration. It has been shown to improve the cognitive factor in Alzheimer’s patients.

Rosemary has a delightful aroma that has a long European tradition of helping to alleviate anxiety. Ancient Greek scholars wore laurels of rosemary when taking examinations, as the smell was found to improve memory. The uplifting fragrance of this member of the mint family is said to stimulate the pineal gland and improve energy levels. Rosemary contains the nutrients calcium, magnesium, potassium, phosphorus, iron, and potassium. Rosemary also contains more than a dozen antioxidants.