Trending
You are at:Home»Dairy»Feta cheese Nutrition and benefits 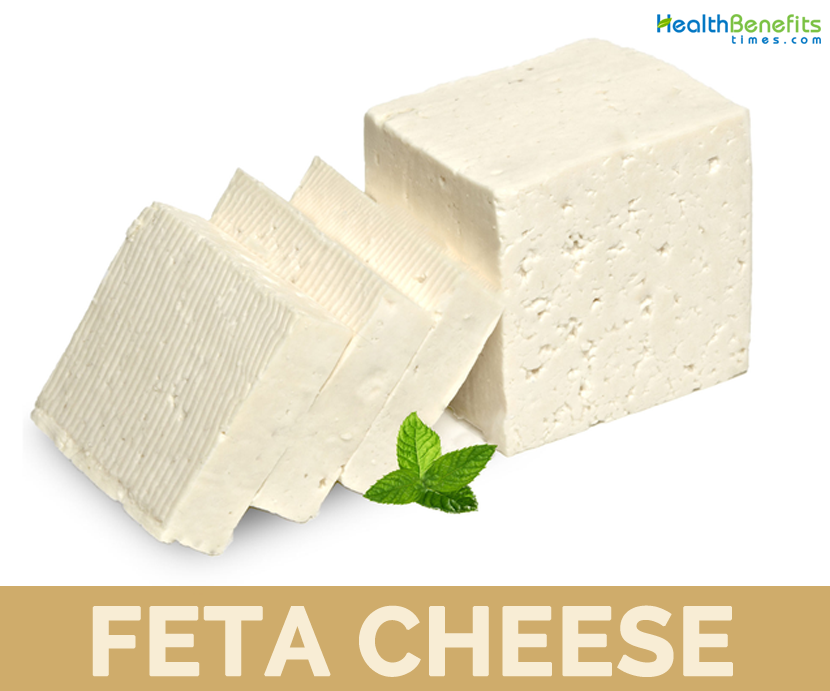 Feta cheese also known as pickled cheese is a Greek soft brined cheese made either from pure sheep’s milk, or a combination of sheep’s and goat’s milk (and no more than 30 percent goat’s milk) and is characterized by few to no holes, a tangy taste and no skin. The word “feta,” used by Greeks to describe this extremely popular cheese, comes from the Italian word fetta, which means “slice.” While the European Union now has specific qualifications of feta cheese, it’s possible to find “feta” cheese in other parts of the world that is made from cow or buffalo milk.

Originating in Greece, this cheese has become a staple cheese option for many different dishes, both within and outside of Greek cuisine. This cheese normally comes in blocks, and is notoriously crumbly, making it ideal as a salad topping.  In the past two decades, it has been decided that only feta cheese made in certain regions of Greece, using traditional methods, can be called “feta cheese”. The taste of this cheese is salty and tangy, and its flavor is potent in most dishes. Feta’s flavor is tangy and sharp when it’s made with sheep’s milk, but milder when combined with goat’s milk.

Feta is produced in blocks and is firm to the touch. However, it can crumble when cut and has a creamy mouth feel. Its flavor is tangy and salty, ranging from mild to sharp. Its maximum moisture is 56%, its minimum fat content in dry matter is 43%, and its pH usually ranges from 4.4 to 4.6. High-quality feta should have a creamy texture when sampled, and aromas of ewe’s milk, butter, and yoghurt. In the mouth it is tangy, slightly salty, and mildly sour, with a spicy finish that recalls pepper and ginger, as well as a hint of sweetness.

Indeed, they might all look similar, but not all feta is created equal. And with so many choices, it can be hard to sort it all out. We’ve broken down a few fundamental feta facts to help you make the best selection for your taste and texture preferences. 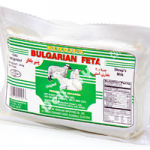 Authentic Bulgarian feta is made from sheep’s milk and carries the same saltiness as Greek feta, but its texture is more versatile and forgiving. Huffington Post food writer Rebecca Orchant compares it to a “creamy cheese blanket,” which somehow makes us instantaneously hungry and ready for naptime. 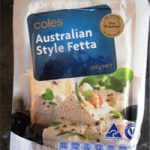 If you’re a bit cautious when it comes to cheese selection, you might want to try something from down under. Australian feta is usually marinated Yarra Valley Dairy outside Melbourne, for example, makes a feta that’s infused with thyme, bay leaf, peppercorns and garlic and is heavily influenced by the Greek cheese making tradition. It’s usually packaged in olive oil, so the result is a creamy, gooey cheese that’s just waiting for a crusty bread accompaniment. 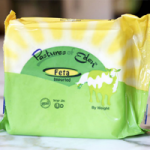 Israeli feta is a pasteurized sheep’s milk cheese that’s been brined for about a month before distribution in stores. Texture-wise, according to San Francisco Chronicle writer Janet Fletcher, it’s “moist, creamy and sliceable, not as crumbly as some feta.” It lacks much of the tang of Greek feta, and it’s a bit more appealing for people who shy away from strong, pungent flavors. 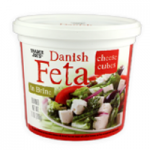 Also known as Danish white, this variation is a creamier and smoother version of Greek feta that is often used in salads and holds up abnormally well over a grill. It’s usually made from cow’s milk. You can find it plain if you look hard enough, and it works great in a marinade, too. 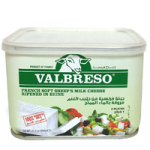 Somewhere in the French cheesemonger diaries, there must have been an old merchant who had a bunch of extra sheep’s milk left over from his previous Roquefort batch. He didn’t know what to do with it, so like any good European, he repurposed it. And there you have it: French feta. It’s mild and creamy, but makes no mistake: this stuff packs a significant flavor punch.

Beyond just pure nutritional content, however, feta cheese has some unique properties about it that make it commendable of being called the healthiest cheese. These surprising health benefits of feta will perhaps give you the green light when deciding whether or not to add feta cheese to your salad at lunch today.

Cheese seems to be the primary source of calcium in Western diets. Feta cheese is a good source of calcium, phosphorus and protein, all of which have been proven to endorse bone health. Calcium and protein help maintain bone density and prevent osteoporosis, while phosphorus is an important component of bone.

Each serving of feta provides almost twice as much calcium as phosphorus, a proportion shown to have positive effects on bone health. Furthermore, milk from sheep and goats contains more calcium and phosphorus than cow’s milk. Therefore, including cheeses like feta into your diet could help you achieve the recommended daily intake of calcium.(1), (2), (3), (4), (5), (6), (7)

2. Good for Your Gut

Probiotics are live, friendly bacteria that can benefit your health. Feta cheese has been shown to contain Lactobacillus plantarum, which accounts for about 48% of its bacteria. These bacteria can help promote immune system and gut health by shielding the intestinal tract from disease-causing bacteria like E. coli and Salmonella.

Furthermore, they seem to increase the production of compounds that prevent the inflammatory response, therefore providing anti-inflammatory benefits. Finally, test-tube research have shown that the bacteria and other yeast strains found in this cheese can grow at a low pH, surviving extreme conditions in your gut, such as bile acid.(8), (9), (10), (11), (12), (13), (14)

Feta cheese is quite popular for its cancer protective effects. Since it is a wonderful source of calcium, it allows you to take benefits suggesting that calcium helps to protect your body against several types of cancer. Apart from feta, Alpha lactalbumin a powerful protein can also be found in feta cheese which may have antitumor and antibacterial properties.

Anemia is linked to a problem with hemoglobin cell that transport oxygen into the body. When body cannot get sufficient oxygen to the tissues and cells, it becomes fatigue and weak. Anemia can be naturally treated with certain supplementation and foods of deficient nutrients. Vitamin B12 found in feta can serve as part of a well-balanced diet to fight anemia.

Feta cheese consists of good amount of Histidine. This protein was primarily considered significant only in infant health but later was introduced essential in adult people too. Feta Cheese rich in antioxidant helps to protect the damage of the inflammation and guarantee a healthy immune system ready to struggle disease.

As a good source of riboflavin and Vitamin B2, feta cheese has been used for a long time as a natural remedy for a headache as well as migraine. Diet rich in vitamin B2 serve as a preventive method to reduce migraine and other forms of chronic headache.

Several researches have concluded that individual whose diets are high in vitamin B2 are at lower risk of degenerative eye diseases such as Keratoconus, glaucoma and cataracts.

Many people are lactose intolerant, meaning that they find it difficult to digest lactose, a sugar found in cow milk. Many other can’t digest the proteins in dairy. Sheep and goat milk from which feta is made contain less lactose compared to cow milk. Sugar is further broken down during the cheese-making process. Lots of people enjoy feta when other (cow) cheese is out of the question. If you have trouble digesting cow’s milk, make sure to carefully read the packaging on your feta to make sure you’re not being duped.

How to Eat Feta Cheese

Feta can be a great addition to your meals because of its flavor and texture. In fact, Greeks traditionally keep it on the table for people to freely add during meals.

Here are a few fun ways to add this type of cheese to your food:

*You can get Mesophilic starter culture, rennet and calcium chloride from home cheese making suppliers online.

Feta cheese is a good source of nutrients. However, due to how it’s made and the types of milk used, it could have some drawbacks.

During the cheese-making process, salt is added to the curd. Additionally, during storage, the cheese block needs to be submerged in a brine of up to 7% salt. The finished product is a cheese that’s high in sodium. In fact, feta cheese contains 312 mg of sodium in a 1-ounce (28-gram) serving, which can account for up to 13% of your RDI. If you’re sensitive to salt, one simple way to reduce the salt content of this cheese is to rinse the cheese with water before eating it.

Unripen cheeses tend to be higher in lactose than aged cheeses. Since feta cheese is an unripen cheese, it has a higher lactose content than some other cheeses. People who are allergic or intolerant to lactose should avoid eating unripen cheeses, including feta.

Listeria monocytogenes is a type of bacteria found in water and soil that can contaminate crops and animals. Pregnant women are usually recommended to avoid consuming raw vegetables and meats, as well as unpasteurized dairy products, because they have the potential to be contaminated with these bacteria. Cheeses made with unpasteurized milk have a higher risk of carrying the bacteria than cheeses made with pasteurized milk. Similarly, fresh cheeses have a higher risk of carrying it than aged cheeses, due to higher moisture content. Thus, feta cheese made with unpasteurized milk is not recommended for pregnant women.

Cheese allergies are similar to milk allergies, in that they are caused by the proteins found in the substance, commonly casein or whey. While you are likely already aware of a milk/cheese allergy, feta cheese can cause hives, wheezing, stomach upset itchy skin and even anaphylaxis in extreme cases.

Roughly 2/3 of the fat found in this cheese is saturated fat. While this is okay in small amounts, eating an excessive amount of this cheese (1/2 cup or more per day) could compromise your cholesterol levels and general heart health.