Trending
You are at:Home»Foods»Laver Seaweed facts and uses 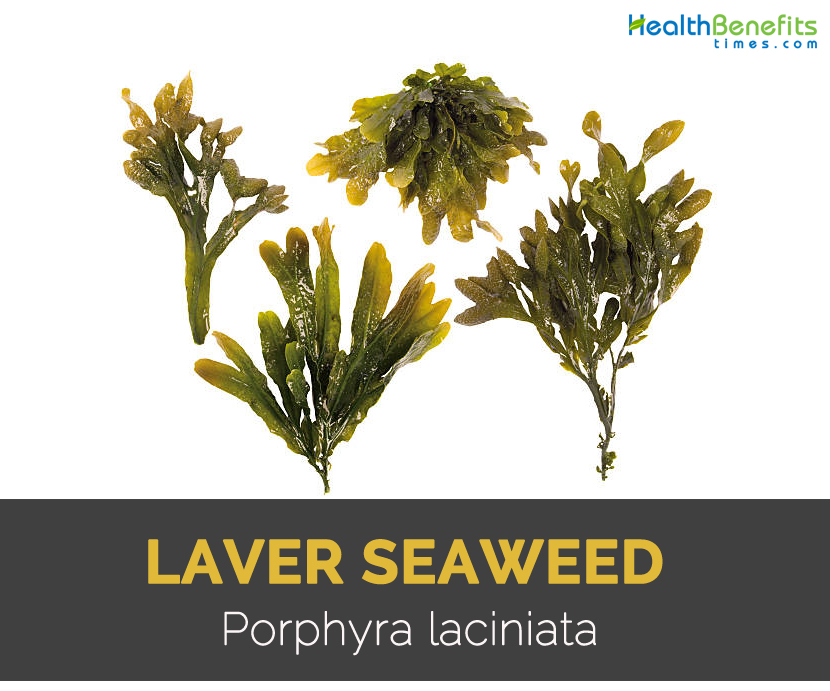 Laver Seaweed is edible seaweed consumed primarily in Wales as a part of local traditional cuisine. It is found in the west coast of Great Britain and east coast of Ireland along Irish sea also known as slake. It is also classified as red algae which have thin, membranous and slippery fronds and is brownish in color but turns dark green when prepared. Usually, it is red and purple in color with green center and turns black when dried. It has smooth, floppy and gelatinous texture. The length could vary from 2 to 100 cm.

Laver seaweed encompasses high content of dietary minerals such as iron and iodine. This seaweed has high content of iodine that provides distinctive flavor common with oysters and olives. Moreover, Laver seaweed is cultivated since 17th century as a food. Beforehand, it is washed repeatedly and boiled till it turns into a soft mush which is then known as Laver Seaweed. Resulted gelatinous paste can be sold as it is or rolled in oatmeal. Sometimes, it is coated with oatmeal preliminary to frying. Traditionally, it is served with bacon and cockles as a breakfast in Welsh.

Traditional Medicine Use of Laver