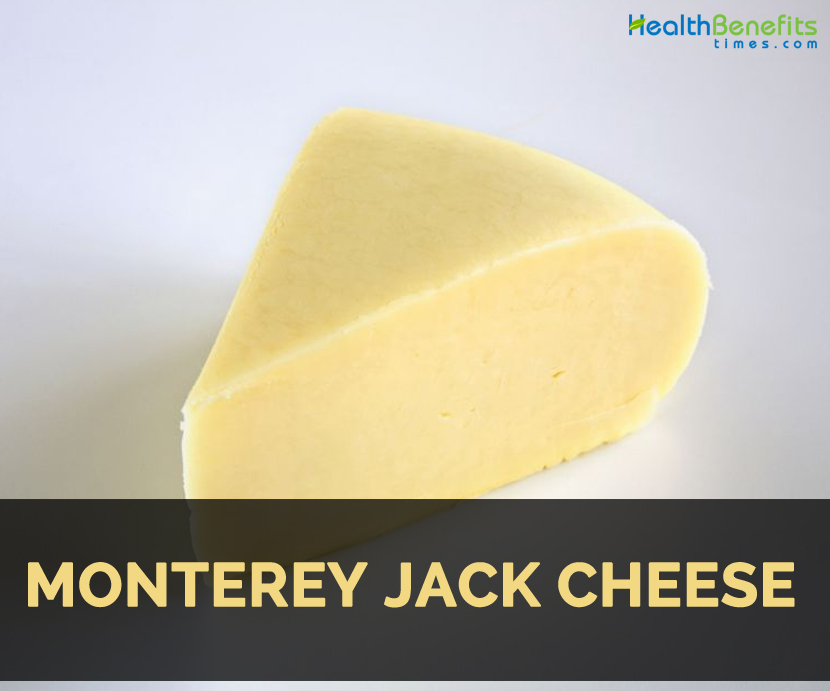 Monterey Jack cheese is mainly produced in California and is originated in Monterey County but now it is made elsewhere in California particularly in Wisconsin and Sonoma County. Generally this cheese is aged about six weeks and hardly three months. It is a semi-hard cheese which is made with cow’s milk. The cheese has bland flavor, pale ivory in color with smooth, semi-soft texture. Sometimes it is flavored with pimientos or jalapeno peppers and spices. Dry Jack is an aged and rarer version which is a deep yellow to gold cheese having similar texture and flavor of well-aged cheddar. Cheddar Jack and Pepper Jack varieties are also found. The aged variety is called Dry Jack.

It is made from pasteurized whole, skimmed or partly skimmed cow’s milk. Its gooey melted texture and mild flavor makes it suitable for sandwiches and spicy Latin American dishes. In earliest times, Monterey Jack was made in Monterey, California by monks. A Californian businessman, David Jack firstly produces and mass markets this cheese which was known as Jack’s cheese and sooner as Monterey Jack. Abdrew Molera formed a successful dairy operation on family ranch in Big Sur.

It is an aged version which is known as Dry Monterey Jack. It is grated and has similar uses of Parmesan cheese. In 1915, Dry Jack was formed by an accident when  cheese wholesaler in San Francisco stored and forgot wheels of fresh cheese. When shipment from Europe of hard cheese was interrupted due to World War I, the stored Jack was discovered. It is a well-aged hard cheese that was found to be a perfect substitute for aged, classic hard cheeses such as Parmesan.

This is a product of Monterey Jack which adds spicy chili peppers and various herbs and peppers to enhance flavor. It is also used as an alternative to Jack cheese in dishes such as quesadillas. It could be consumed with crackers or bread as a snack. Some other versions are flavored with pesto or garlic but is less common in comparison to pepper Jack.

How to Make Monterey Jack Cheese