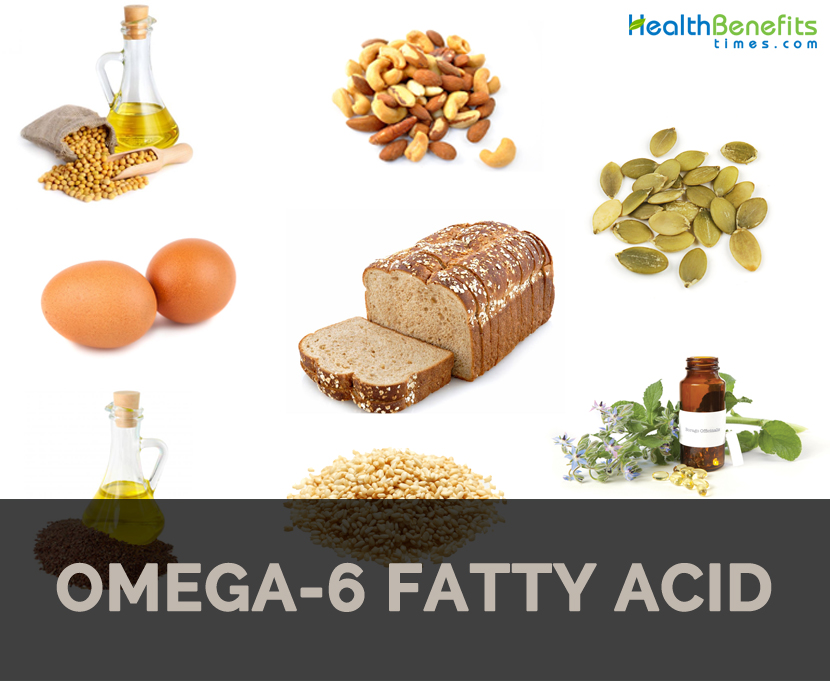 Linoleic acid, also known as an omega-6 fatty acid, is found in vegetable and nut oils, such as sunflower, safflower, corn, soy, and peanut oil. It is a polyunsaturated fatty acid with its endmost double bond six carbons from the end of the carbon chain. Linoleic acid is metabolized in the body to arachidonic acid, which is a precursor to a number of eicosanoids. Linoleic acid is also needed for cell membrane structure and is required for the lipoproteins that transport fats in our blood.

Biological effects of Omega-6 fatty acids are produced largely during and after physical activity for promoting growth and during inflammatory cascade to interrupt cell damage and enhance cell repair by its conversion to omega-6 eicosanoids which bind to diverse receptors found in ever body tissue. Omega-6 fatty acids are important for cell growth, brain development, and nerve message transmission.

Though researchers are aware about the impact of fatty acids on health, but the importance of dietary fat was not realized fully until 1900s. Before then, the dietary fat was used to promote caloric intake and gain weight.

Still researchers are continuing to learn various ways that essential fatty acids such as omega-6 can affect health and the necessity of maintaining proper balance of fatty acids to combat inflammation and prevent chronic ailments.

Omega-6 fatty acids are considered as essential fatty acids. It is crucial for human health, but body cannot make it. It should be obtained from food sources. Besides omega-3 fatty acids, omega-6 fatty acids have a crucial role in brain function as well as normal growth and development. Omega-6 fatty acid is a type of polyunsaturated fatty acid which helps to stimulate skin or hair growth, regulate metabolism, maintain bone health and maintain reproductive system.

Attention deficit hyperactivity disorder is a condition could affect both adults and could cause symptoms such as hyperactivity, limited attention, impulsivity and mood swings. Study was conducted on patients with attention deficit hyperactivity disorder by using omega-6 and omega-3 fatty acid supplementation. It was tested for six months with 75 children and adolescents. Majority did not respond to omega-6 and omega 3 treatment, a subgroup of 26 percent responded with above 25 percent reduction of ADHD symptoms. About 47 percent showed improvement in symptoms after six months.

Vegetable oils are rich in polyunsaturated fats such as linoleic acid to lower the chances of coronary heart disease. Linoleic acid is derived from other sources such as seeds and nuts. The great source of omega-6s is walnuts which provide 11 grams of linoleic acid and good amount of alpha linolenic acid which is a plant based omega-3 fatty acid that could assist balanced intake of fatty acid.

As people gets older, people slowly lose bone tissue over time resulting an increase in chances of fractures and falls. Study shows that PUFAs helps to preserve skeletal formation as we ages which reports that both women and men showed improvement in bones of hips and spine when taking omega-3 and omega-6 fats. Researcher shows that intake of high ratio of omega-6 to omega-3 fatty acids was related with low bone mineral density in hips for both sexes.