Trending
You are at:Home»Foods»Know about Surimi 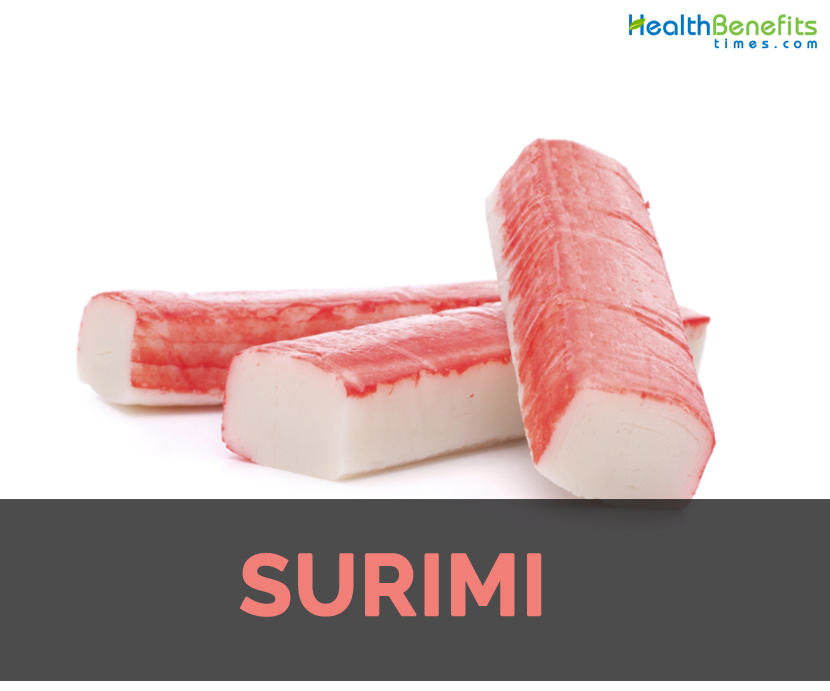 Surimi, also called imitation crab is made from white fish with mild taste such as Pacific Whiting and Alaskan Pollock. The flavor resembles shrimp, crab, other shellfish and lobster. It is convenient and has longer shelf life and as it is cooked during processing, it is easy to use. It is used in sushi such as California rolls and seafood salads and ceviche. It is a paste made from other meat and fish. Various recipes use surimi as their fundamental ingredient. It could be found in many forms, shapes and textures and also resemble color and texture of meat of crab, lobster and other shellfish.

Surimi seafood comprises of various seafood ingredients having flavor resembling shrimp, crab, lobster and other shellfish. It is made by combining various ingredients and forming into various shapes before cooking or setting gel structure of final product. This seafood is vacuum packed and pasteurized to eradicate pathogens or harmful bacteria. Other species which are used in making surimi seafood are whitefish such as Northern blue whiting, Southern blue whiting, South American hake and small tropical species such as lizardfish and big eye snapper.

To make surimi seafood, the first step is the surimi production, fish protein paste serve as a vital ingredient in finished product. For making surimi, fish fillets or trim pieces are minced then washed and refined though mechanical process to eliminate everything but protein. Then add cryprotectants and surimi is frozen. For surimi seafood, mix surimi with sugar, salt, flavorings and starches by forming into various shapes and cook. Then the product is packaged or pasteurized and could be frozen or chilled.

The process to make surimi was developed over several centuries in many areas of East Asia though exact origins and history of this product are unclear. The food is used in China for making fish balls and ingredients in thick soup called “Geng” is common in Fujian cuisine. It is used to make fish sausage, kamboko and cured surimi products.

In 1969, an industrialized surimi making process was sophisticated by Nishitani Yōsuke of Japan’s Hokkaidō Fisheries Experiment Institute to process increased catch of fish, to make use of fodder fish and to revitalize Japan’s fish industry. In early 1960s, Japan developed surimi industrial technology that promoted growth of surimi industry. Industry’s successful growth depend on Alaska Pollock or Walleye Pollock. Later, with the declination of Alaska Pollock surimi production supplemented the production of surimi with the use of other species. Around the world, 2-3 million tons of fish amounting 2 to 3 percent of world fisheries supply are used for producing surimi or surimi based products.

Japan and United States are the major producers of surimi or surimi based products. The newcomers to surimi industry have arised including Lithuania, Chile, Vietnam, France, the Faroe Islands and Malaysia.

The health benefits offered by Surimi are:

Surimi is low in fat and calories which makes it a perfect addition to diet if one is trying to lose weight or trying to shed excess pounds. Option for low fat foods and low calorie food to prevent chronic illness such as heart disease. The serving of 3 ounce grants 81 calories, less than 1 gram of fat and 17 milligrams of cholesterol.

Surimi offers healthy amount of phosphorus. One percent of body weight is made from phosphorus that could be found in every body part especially bones and teeth. Phosphorous has a vital role in maintaining teeth and bone health as well as proper functioning of muscles and kidneys. It maintains healthy heart beat and supports healthy function of nerves.