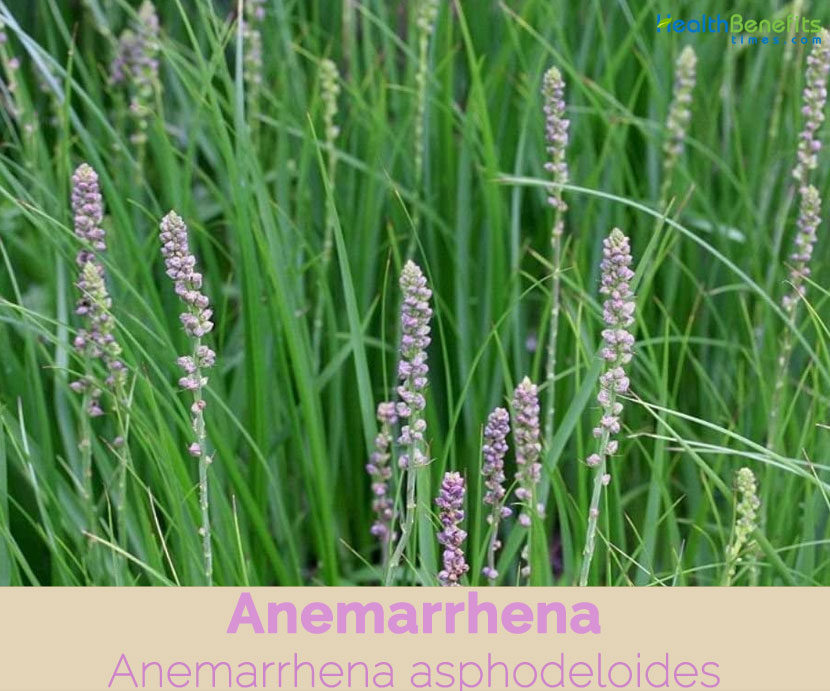 Anemarrhena (Zhi Mu) scientifically known as Anemarrhena asphodeloides is an evergreen perennial plant species in family Asparagaceae, subfamily Agavoideae. It is the only species in the genus, and some authors have placed it in its own family, Anemarrhenaceae. The plant is native to Japan, Korea, Mongolia and China. It is cultivated in the northern and northeastern provinces. It is also popularly known as common anemarrhena and Zhi mu. It is a commonly used medicinal herb in China, with a history that stretches back more than 2,000 years. The plant is collected from the wild and also cultivated for medicinal use.

Anemarrhena has been used as a staple of traditional Chinese medicine for centuries; its first recorded use dates back to 200 BC. Internally, it is used for a variety of disorders, including congestive fever, high fever, chronic bronchitis, excessive sweating, dry throat, cough, dizziness, lumbago and pneumonia. Externally, it is used as part of a mouth wash to treat oral ulcers. Extracts of the plant contain compounds called saponins — one of which, asphonin, can be used to effectively treat lower back pain.

Anemarrhena is a small evergreen, ornamental, perennial, decorative plant that normally grows about half a meter tall. The plant is found growing in mountain woodlands, exposed slopes, hills, scrub, grassy slopes, steppes, sunny and sandy hillsides and also cultivated near sea level. The plant requires a rich moist neutral to acid soil that is rich in organic matter, in a position in partial or dappled shade. Plants are tolerant of strong winds. Rhizomes are large, hard, and round with pale-yellowish color inside and are best for medicinal use. Rhizomes (roots) and the stems of the plant are the medicinal parts of the plant. They are often dried for use in decoctions. Leaves are simple and up to 60 cm long but just 0.15 to 1 cm wide.

Flowering scape is 35 – 100 cm tall. Flowers are pink, violet or whitish, six-petaled funnel shaped and stand in spikes. The fragrant flowers open in the evening. Flowering normally takes place from August to September. 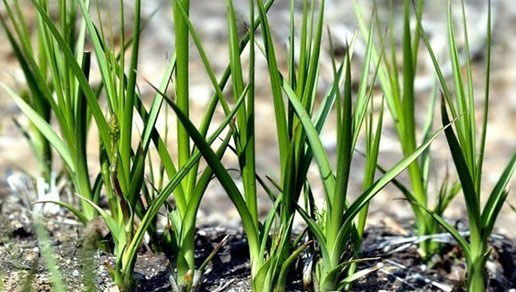 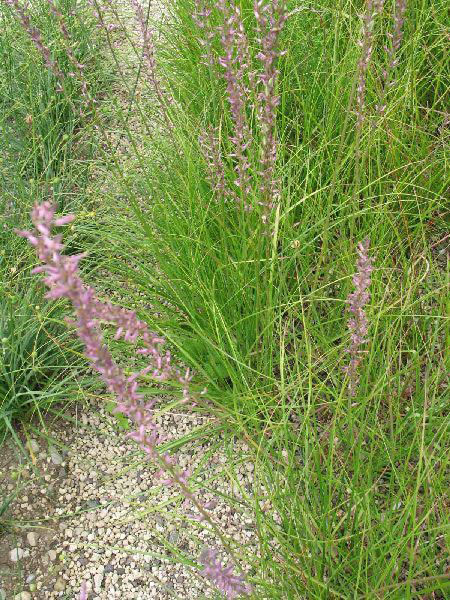 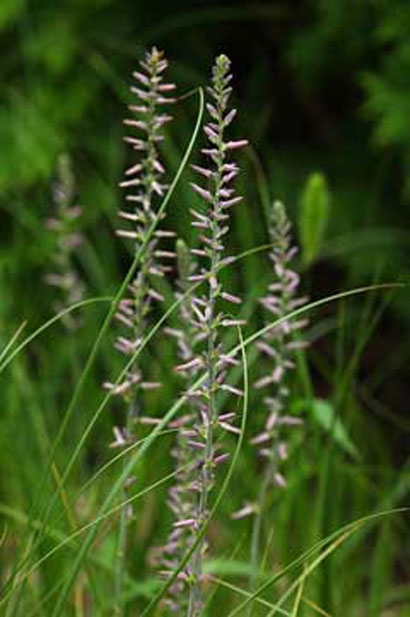 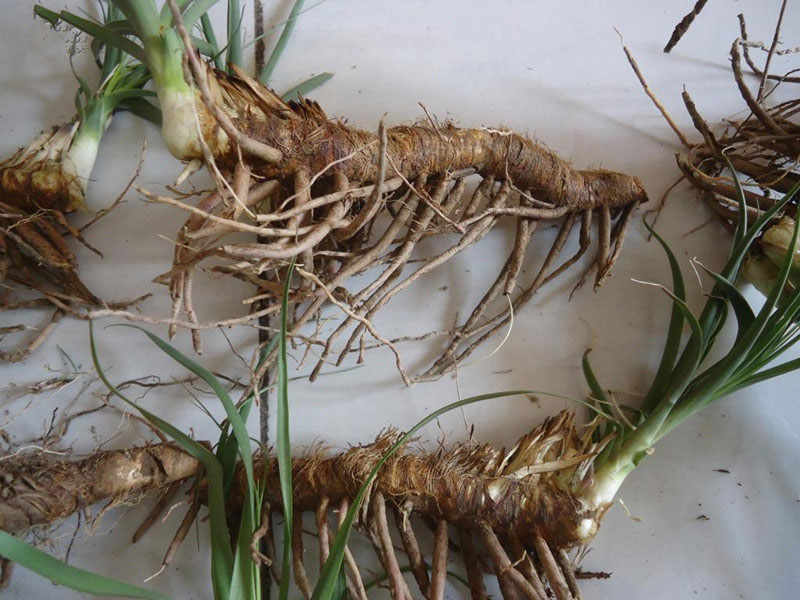 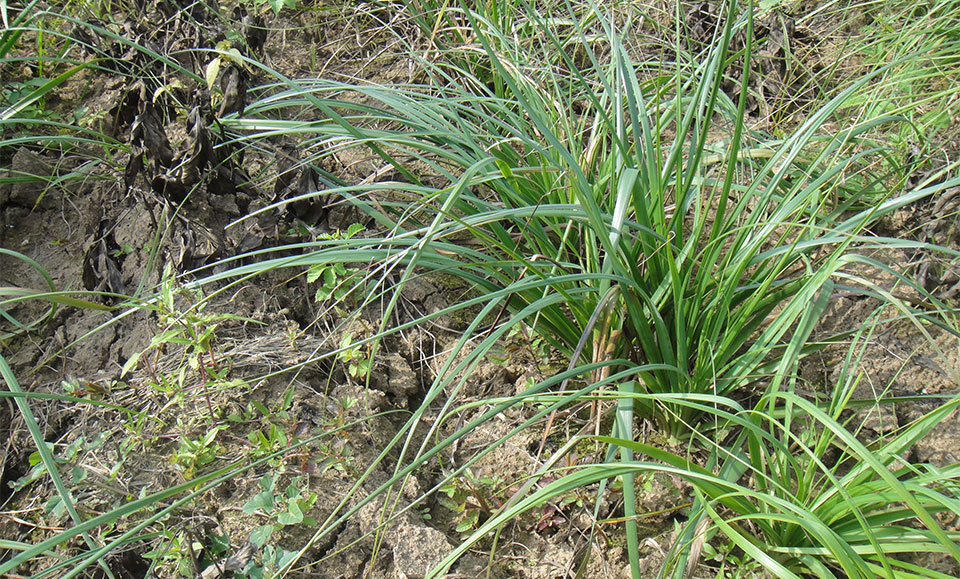 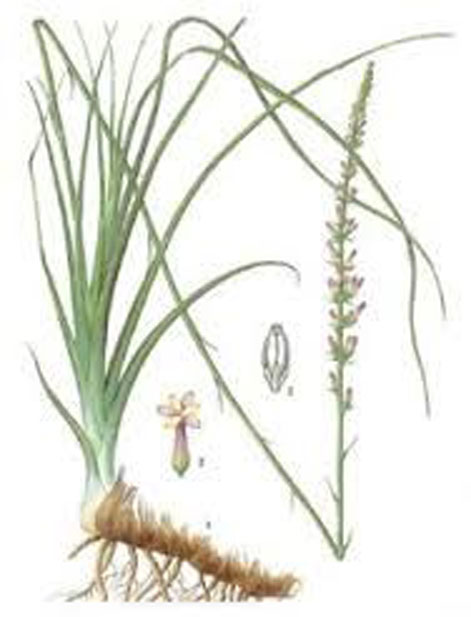 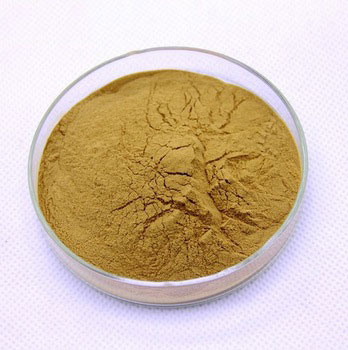 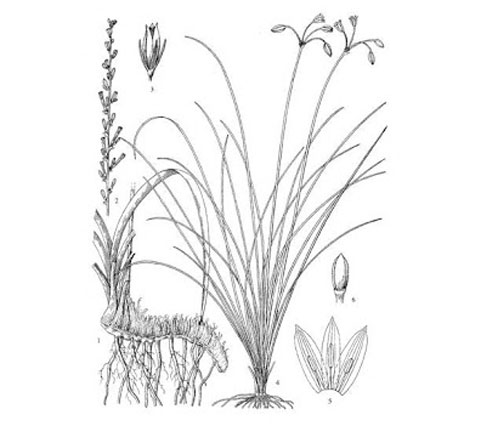 Listed below are some of the popular health benefits of anemarrhena

Several researches have shown that anemarrhena can effectively eradicate infections caused by Staphylococcus aureus, the bacterial strain that often causes lung infections. Anemarrhena has been effectively used to treat bronchitis as well as worsening symptoms of chronic bronchitis such as chronic coughing.

Chinese herbalists believe that yin deficiency is the fundamental cause of diabetes; they often use anemarrhena to treat this disease. In fact, there is scientific proof to support its use in the treatment of diabetes. Animal research show that anemarrhena consists of two pharmacologic agents, mangiferin and mangiferin-7-0-beta glucoside, which seem to increase the effectiveness of insulin and can lower blood glucose levels. Anemarrhena has the greatest effect in mild to moderate diabetic conditions. However, it does not affect glucose levels in non-diabetic conditions. Anemarrhena may be combined with Shi Gao (Gypsum) for additional hypoglycemic effects.

Anemarrhena is used to treat tuberculosis. However, research does not support its use. When given as 2.5% powder, anemarrhena may slow down disease progression, but overall it does not reduce death rates. At higher dosage (5% powder), anemarrhena appears to be toxic. More mice treated with anemarrhena died than in the control group. Therefore, even though the herb can effectively reduce the low-grade fever associated with tuberculosis, it is a poor substitute for conventional antibiotics, which can cure the disease and prevent death.

Anemarrhena is often used in combination with phellodendron and rehmannia to treat high blood pressure in patients with symptoms of Liver-fire deficiency (dizziness, headache, ringing in the ears, back pain, insomnia, palpitations, dry eyes, and night sweat). Recent studies in laboratory animals confirm that this herb is effective in lowering blood pressure.

6. Ulcers of the mouth and/or bleeding gums

Anemarrhena can restore moisture in these oral conditions that exhibit excessive dryness and inflammation.

Anemarrhena has been used to treat cystitis, an infection of the bladder. Research has shown that it is effective against Escherichia coli, which commonly causes cystitis in women. Thus, it may be effective against urinary tract infections caused by this bacterial strain.

Anemarrhena is quite effective in treating menopausal symptoms such as insomnia, hot flashes, and irregular periods.

9. Chemotherapy and radiation side effects

Anemarrhena is often effective in relieving severe adverse reactions associated with conventional chemotherapy and radiation treatments in cancer patients. According to traditional Chinese medicine, x rays used in radiation treatment and drugs used in chemotherapy are considered “heat toxins.” These agents are very toxic so that they can kill tumor cells. But they are also toxic to the body, causing excessive build-up of heat inside the Lungs and damaging the Kidneys.

There is little information available regarding the use of anemarrhena in other types of infections. However, laboratory studies show that anemarrhena has antibacterial activity against Salmonella typhi and Vibrio cholera, the bacteria that cause salmonella food poisoning and cholera, two common infections of the bowels. Research also shows that anemarrhena may also be effective against fungal infections.

Traditional uses and benefits of Anemarrhena

The usual dosage of anemarrhena is 6–12 g per day. It is accessible as a single ingredient or in combinations in the following forms: