Facts and Food Sources of Fructan 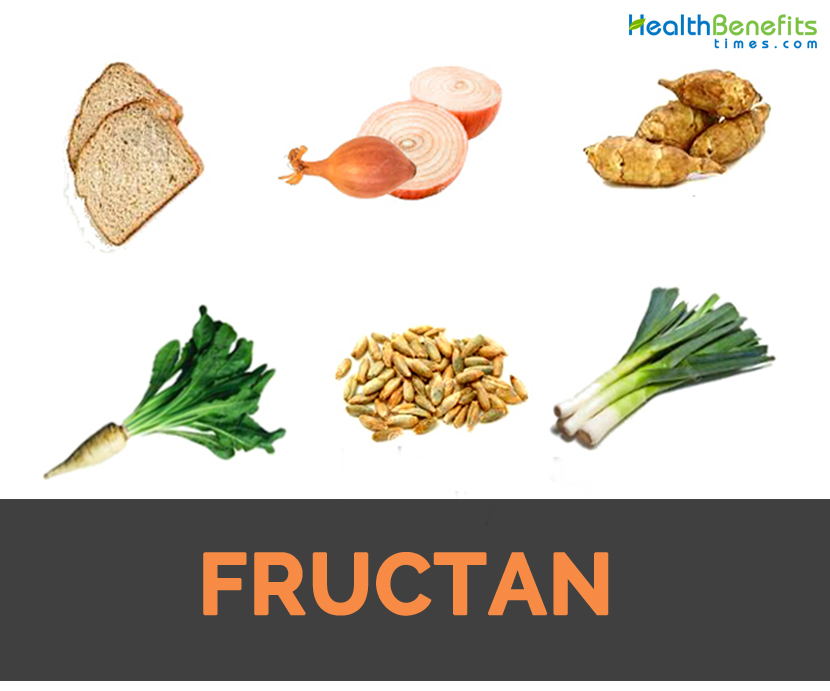 Fructan is a polymer of fructose molecules. It is polysaccharides and oligosaccharides which store carbohydrates in various vegetables such as artichokes, agave, leeks, asparagus, onions, garlic, wheat, jicama and yacon. Unripe bananas have low content of fructans and the ripened ones have high levels of fructan. It is a chain of fructose molecules having glucose molecule at one end. The body requires breaking down chain into single molecules in order to absorb molecules. Humans lack enzymes required to break chain so it moves through small intestine to colon where it is fermented. This process forms gas. This is a big issue for those with sensitive digestive system as it causes big problems. Fructans are two types:

Fructans contains soluble fiber. Addition of fructans to processed food has become an increasing trend in the food manufacturing industry. It is due to fructans being considered as functional ingredient that could promote fiber content of processed food. Fermentable fiber assists the growth of friendly gut bacteria as it acts like prebiotics.

Inulin could be found in more than 36000 species of plants and are used for storing energy in vegetables such as artichokes, onions and asparagus. In 1804, it was discovered originally by scientist named Valentin Rose who discovered it while boiling roots of herb known Inula helenium also called elecampane.

Let’s have a look on health benefits offered by Fructan:

Oligofructose and inulin are not broken by salivary enzymes but could be fermented by oral streptococci. In a response to intake of oligofructose or inulin, fructanases are activated and acid is formed. It is found that Streptococcus mutans ferment oligofructose and forms plaque at comparable rate to that of sucrose which indicated that oligofructose could be cariogenic as sucrose. In many cases, oligofructose or inulin will be found in oral cavity at same time as sucrose or glucose. Investigation shows that inulin by stimulation of oral acidogenic microorganisms could lower oral malodor and conclude that inulin and sucrose have comparable effects in lowering pH of tongue.

Uptake of saccharolytic activities of intestinal flora as a response to ingestion of oligofructose or inulin promotes biomass, stool frequency, fecal bulk and results softer stools and is related with anticonstipation effect or acts as mild laxative without affecting transit time. Fermentale fibers effect such as FOS and inulin on fecal bulk is found to be less than fibers having strong water holding capacity which reaches largely intact cecum such as wheat fiber. In controlled studies, anticonstipation effect having low stool frequency was reported. These data clears that dietary fiber features inulin type fructans.

Experiment conducted on animal shows that inulin and oligofructose lowered blood triglyceride and cholesterol levels. Human studies have shown variable results. It is observed that significant reduction n blood triglyceride levels after ingesting 20 g inulin daily for 3 weeks and also reduction of cholesterol in hypercholesterolemic men. Inulin fructans have lipid lowering effect which is associated to production of SCFA. Inulin and oligofructose are not digested in small intestine and are fermented in large intestine which does not contribute to glycemic response after ingestion.