Facts and Food Sources of Amines 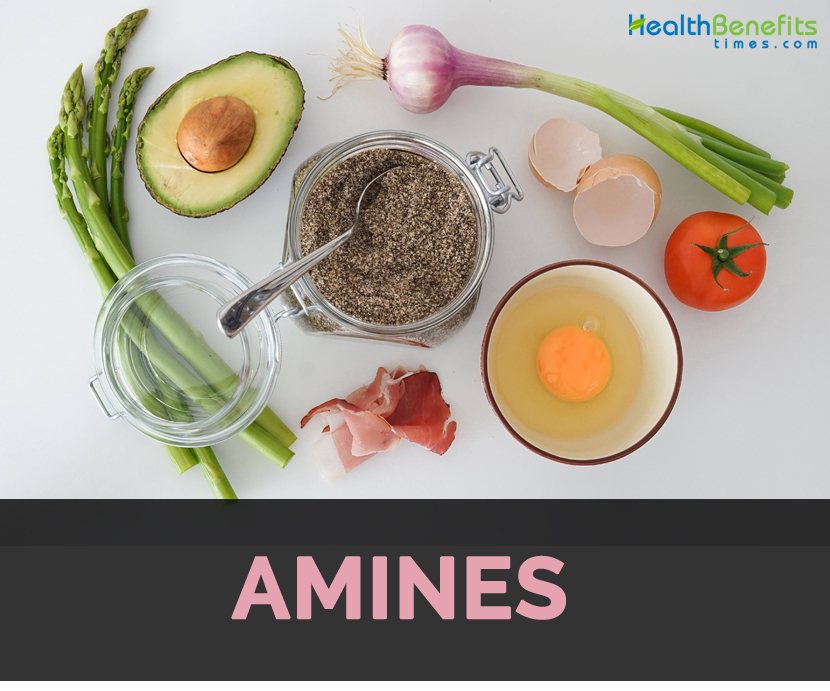 Amines are compounds and functional groups which contain a basic nitrogen atom having lone pair.  They are formally derivatives of ammonia wherein one or more hydrogen atoms are replaced by substituent such as aryl or alkyl group. Imperative amines include biogenic amines, aniline and trimethylamine. Substituent –NH2 is known as amino group. Compounds having nitrogen atom attached to carbonyl group with structure R-CO-NR’R” are known amides and with different chemical properties from amines.

Amine is a member of family of nitrogen containing organic compounds derived either in principle or in practice from ammonia. Amines which occur naturally include alkaloids found in certain plants, catecholamine neurotransmitters and local chemical mediator, histamine which is found in animal tissues. Ethanolamines, aniline and several other amines are major industrial commodities which are used to make dyes, rubber, synthetic resins, pharmaceuticals and fiber. Amines are categorized as secondary, primary and tertiary which depend on one, two or here of hydrogen atoms of ammonia which is replaced by organic groups.

Amines are classified into three according to the number of alkyl groups connected to the nitrogen atom:

When only one alkyl group affix to the nitrogen atom of an amine by recovering one hydrogen atom, it is known as primary (10) amine.

When two alkyl groups are affixed to the nitrogen atom of an amine, it is known as secondary (20) amine.

When three alkyl groups are affixed to the nitrogen atom of an amine, it is called tertiary (30) amine.